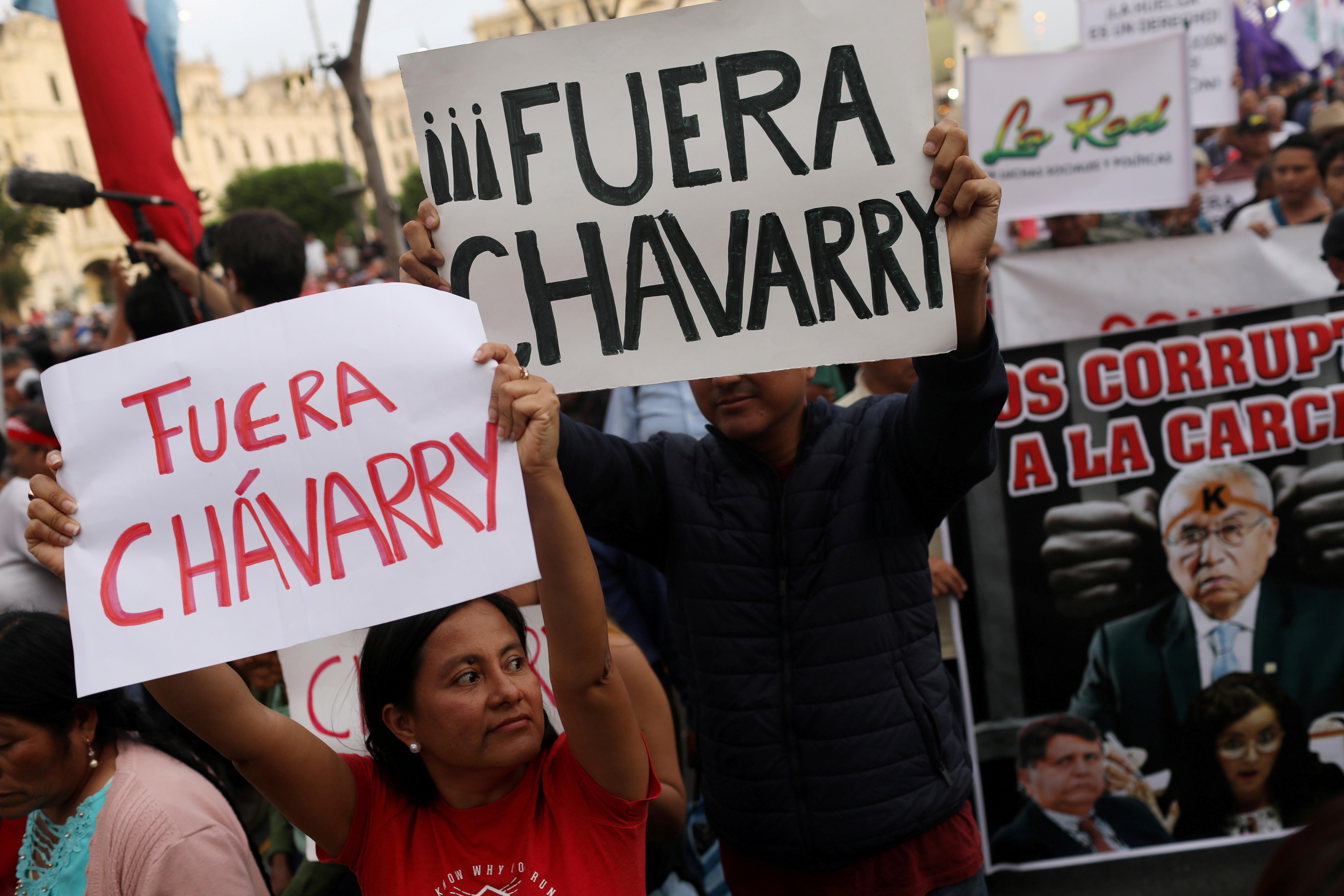 Avalos said she would send Congress her own bill to shore up trust in the prosecutors’ office following a public outcry over her predecessor’s attempt to remove two leading prosecutors from a far-reaching bribery probe last week.

Her comments echoed critics who have accused Vizcarra of overreach as he pushes policies aimed at uprooting entrenched corruption in one of Latin America’s fastest-growing economies.

Vizcarra proposed the legislation, which would restructure the leadership in the public prosecutors’ office, after the former attorney general, Pedro Chavarry, initially refused to resign despite mounting pressure and protests last week.

Chavarry ended up stepping down on Tuesday, portraying himself as a victim of a media campaign to malign him.

“I understand this bill was proposed due to the crisis we were in,” Avalos told journalists after taking office. “But I think it’s clear it’s a bill that does, in a way, violate the constitutional structure or constitutional design of the prosecutors’ office.”

Vizcarra’s office did not immediately respond to requests for comment.

A former vice president, Vizcarra has made fighting corruption the centerpiece of his government since taking office last year to replace Pedro Pablo Kuczynski, who stepped down in one of several graft scandals to grip Peru in recent years.

Vizcarra had repeatedly called for Chavarry to resign, but lacked the authority to dismiss him directly. Under Peru’s constitution, only Congress, where Chavarry enjoyed support with the opposition majority, can oust the attorney general.

Avalos had also called for Chavarry to resign.

After taking office to replace him, she promised full support for prosecutors investigating corruption.

The prosecutors -Rafael Vela and Jose Domingo Perez – have become pivotal figures in the Odebrecht investigation. They recently drew up a plea deal that commits the company to providing evidence on about $30 million in bribes it acknowledges it paid to local politicians.

Odebrecht is at the center of the “Car Wash” investigation in Brazil, which has rippled across Latin America and which U.S. prosecutors have said is the biggest political graft scheme ever uncovered.