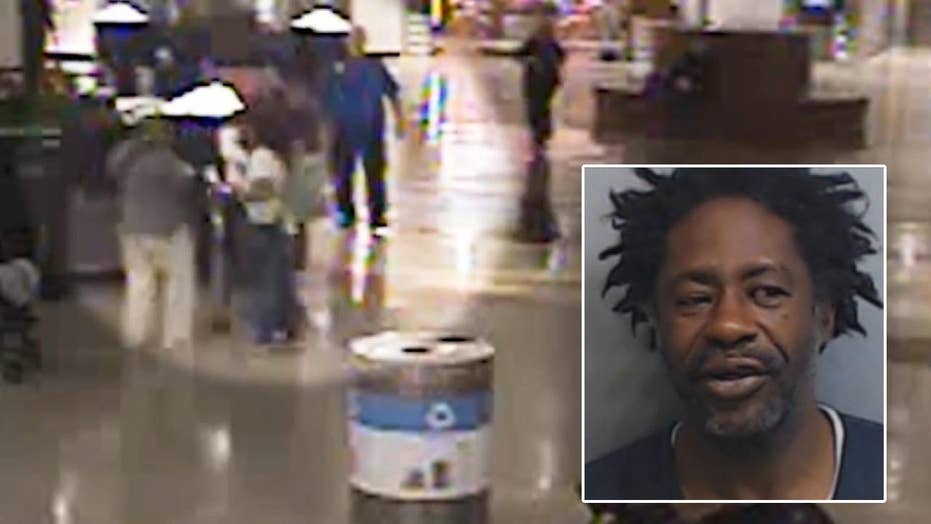 Bystanders shocked at an unprovoked attack after a panhandler allegedly struck a traveler in the face at Hartsfield-Jackson International Airport.

An international traveler at Hartsfield-Jackson International Airport in Atlanta was punched in the face on Saturday by a man who was panhandling outside, the latest attack at the world's busiest airport that has seen a marked increase in homeless people staying inside in recent years.

The Atlanta Police Department said in a report the incident happened Saturday around 10 a.m. when 55-year-old Vincent Price of Decatur was panhandling outside on the airport curb. Price then walked into the airport, approached a 25-year-old passenger from Brazil who was near the Delta Airlines Special Services Desk, and punched the man in the mouth.

Police said the attack was unprovoked and took place without any communication between the two. Price was arrested shortly after by police and was charged with battery, trespass, and disorderly conduct.

OAKLAND'S HOMELESS STATS SOAR AS PRESSURE GROWS FROM RESIDENTS, BUSINESSES FOR A SOLUTION

"Any attack on an airport patron is unacceptable, to say the least," Atlanta police spokesman said in a statement to Fox News. "The department takes a great deal of pride in providing a safe environment at the airport and our officers moved quickly to take Price into custody."

Officials said that Price has been spotted and arrested at the airport before. In February of this year, Price was arrested and charged with disorderly conduct in addition to a criminal trespass warning. 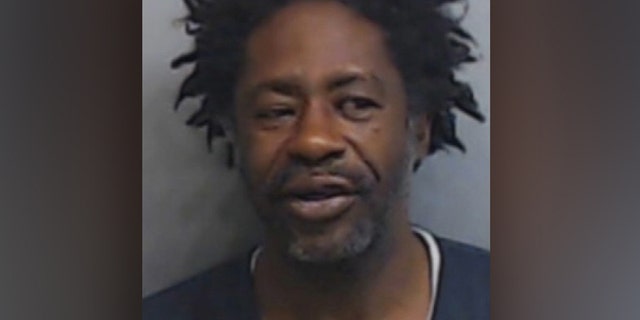 Vincent Price, 55, was arrested Saturday after allegedly approaching a man and punching him in the face at Hartsfield-Jackson International Airport
(FOX5)

About a month later in March, officials said he was given a criminal trespass warning, according to a police report. He was being held at the Clayton County Jail in connection with the latest incident on a $7,000 bond, according to jail records. Campos said that records show that the arrest on Saturday was Price's 19th for crimes including robbery, shoplifting and simple battery.

"We need the court system to consider his status as a repeat offender with a violent history, and keep him locked up this time," Campos said.

The incident on Saturday came just over two months after a woman from Louisiana was punched in the face by a man who was lying on a bench approached her in the area where passengers line up to grab a cab or shuttle.

The woman told FOX5 Atlanta at the time she first noticed something "creepy" when the man started watching her, then climbed over a railing before coming towards her as she attempted to run away.

The man, who said nothing to her, then started punching her in the face. Airport police said they responded quickly but the man hopped onto a free airport shuttle bus and got away. The woman, who sustained a black eye, told FOX5 the incident happened during her first trip to Atlanta and she didn't plan on coming back anytime soon.

Video shows a woman snatching a child from her mother’s side at Hartsfield-Jackson Atlanta airport.

In June, a woman was arrested after she was accused of trying to abduct two children at the airport, which was caught on airport surveillance cameras. Officers said the woman, Esther Daniels, appeared "to be experiencing mental distress" at the time of the incident.

Vincent Champion, the regional director for the International Brotherhood of Police Officers, told FOX5 on Monday there's a trend of homeless individuals and others hanging around the busy airport.

"It has gone from a place where street people try to find a place to sleep, to some of those homeless deciding to just attack passengers," Champion told FOX5.

The union representative said a pledge by airport management to add city police "has not gone far enough," and that if police presence can be increased in the airport's unsecured areas, such as the atrium, then would-be criminals may turn around and not become violent. 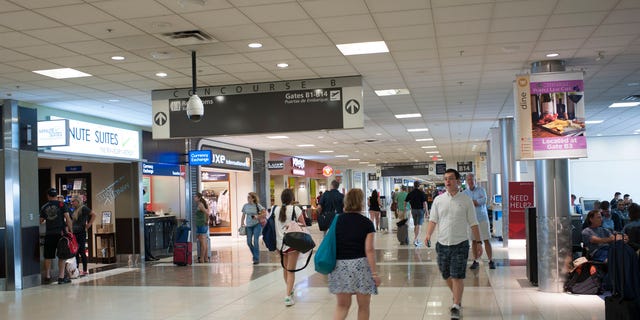 Police said there has been a 20 percent drop in felonies in the past year at Atlanta’s Hartsfield-Jackson International Airport.
(iStock)

A request for comment to airport officials was directed to a police spokesperson, who disputed the union official's claims about crime overall at the airport. As of October, there have been 236 felonies in the airport this year, with the vast majority being non-violent crimes, according to Campos.

"This is an extraordinary accomplishment, given that some 270,000 passengers travel through the airport every single day, on average," he told Fox News.

In 2018, the Atlanta Journal-Constitution detailed how the airport has seen a marked increase in homeless people taking refuge in the terminal, especially during cold weather.

Susan Garrett, the interim chief procurement officer of Atlanta, said at the time that people arriving at the airport on public transit  “become stranded at the airport after the last train departs the station,” and end up cut off from resources and transportation to shelters. The airport later went before the Atlanta City Council to approve a $189,000 contact with HOPE Atlanta, who had an office in the airport’s domestic terminal for decades and used to focus on helping stranded travelers, the AJC reported at the time.

The organization has since expanded its hours as it worked on helping “unsheltered people” get back on their feet.

Fox News' Janine Puhak and the Associated Press contributed to this report.