Hurricane Florence, a Category 4 storm that continues to strengthen, is bearing down on the North and South Carolina coasts, forcing residents and visitors to evacuate.

Florence is packing maximum sustained winds of 140 mph and higher gusts on Tuesday morning. The storm is expected to make landfall along the North Carolina coast, possibly as a Category 4 storm, overnight Thursday into Friday. 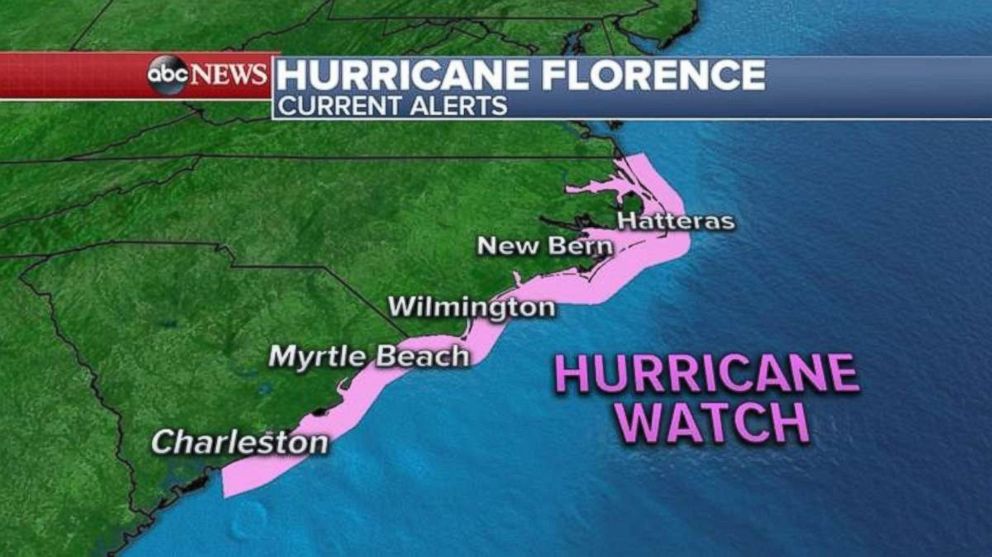 In addition to winds, the storm is expected to slow as it moves onto the coast and could deliver 15 to 20 inches of rain, with 30 inches locally, in North Carolina, Virginia and northern South Carolina.

The National Hurricane Center is already warning for the possibility of “life-threatening inundation” from storm surge from Edisto Beach, South Carolina, to the North Carolina-Virginia border in the next 48 hours.

Storm surge could be as high as 6 to 12 feet from Cape Fear to Cape Lookout on North Carolina’s southeast coast.

Further south, from Murrells Inlet, South Carolina, to Cape Fear could see 4 to 6 feet of surge and further north, from Cape Lookout to Ocracoke Inlet, North Carolina, could see 5 to 8 feet of storm surge. 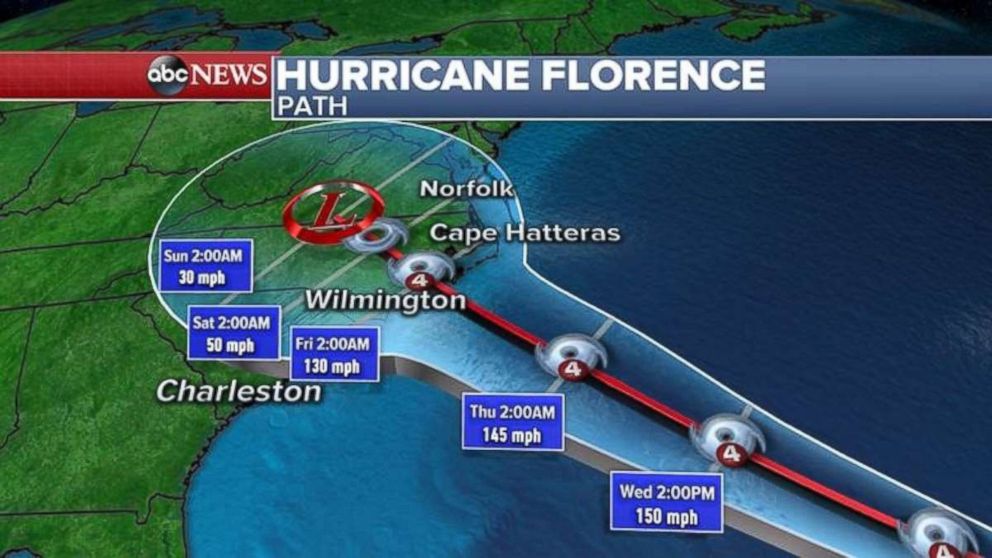 South Carolina Gov. Henry McMaster ordered a mandatory evacuation of most of the state’s coast beginning at noon on Tuesday. McMaster estimated about 1 million residents would be fleeing the coast before Florence’s arrival.

Coastal areas of North Carolina began evacuating on Monday, with a second wave at 7 a.m. Tuesday. 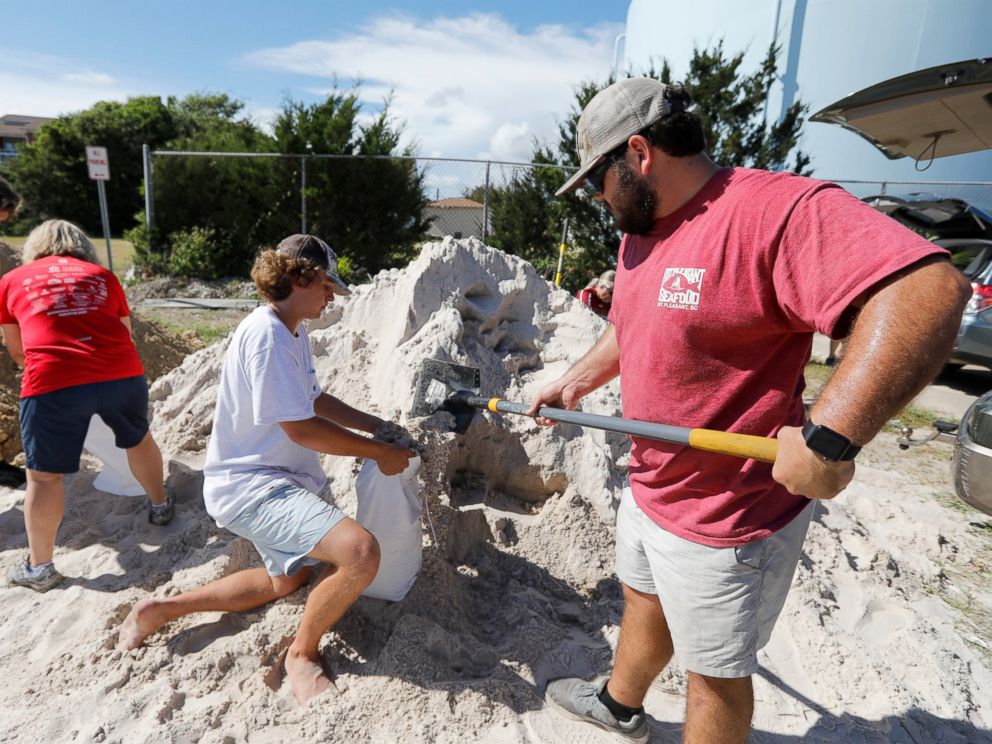 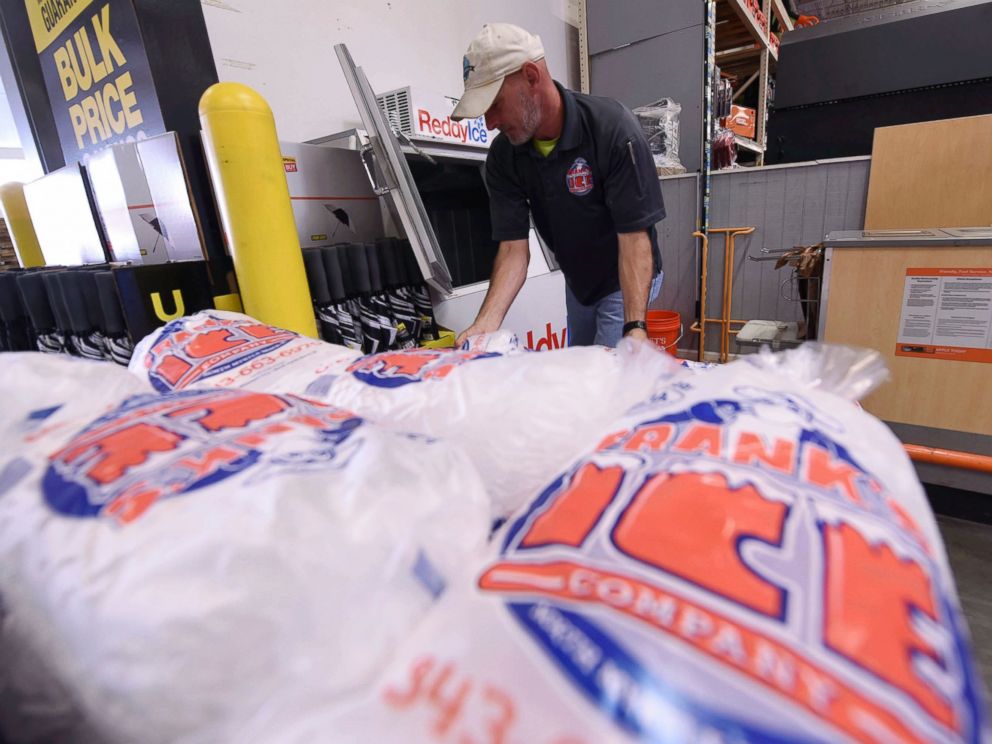 Evacuations were also ordered along the Virginia coast for about 245,000 people, according to Gov. Ralph Northam.

Florence was located about 410 miles south of Bermuda and 975 miles east-southeast of Cape Fear, North Carolina, on Tuesday at 5 a.m. The storm is moving west-northwest at 15 mph. 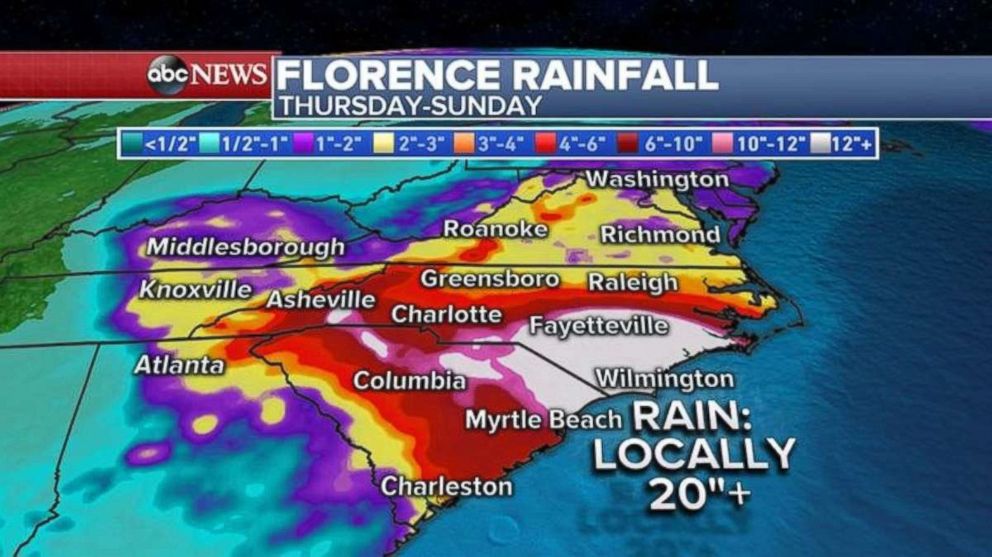 While the military has moved 30 Navy ships based in Norfolk, Virginia, including the aircraft carriers USS George H.W. Bush and USS Abraham Lincoln, almost 1,000 National Guard troops have been activated in North and South Carolina to help with any possible hurricane-related problems.

States of emergency have been declared in South Carolina, North Carolina, Virginia and Maryland, with President Donald Trump approving emergency declarations in South and North Carolina. The president has spoken to the governors of both Carolinas and Virginia, the White House said Monday.