‘Our son would not have died if he had seen GP face to face’: Parents’ fury over meningitis death of student, 26, who had four remote doctor appointments in three weeks

The family of a student who died of meningitis believes he would have lived if he had seen a GP face-to-face.

David Nash, 26, had four remote consultations with doctors and nurses at a GP practice over 19 days.

Relatives said none spotted that he had developed mastoiditis in his ear which caused a brain abscess, sparking meningitis.

Parents Andrew and Anne suspect that the mastoiditis could have been spotted and treated with antibiotics if their son had a face-to-face examination at his first appointment last year.

David Nash, 26, (pictured) had four remote consultations with doctors and nurses at a Leeds GP practice over a 19-day period before he died of meningitis on November 4, 2020

They said when David deteriorated dramatically he and his partner Ellie had five ‘shambolic’ calls with the NHS 111 system – including one which categorised his problem as ‘dental’ – ending in him being taken to St James’s Hospital in Leeds by ambulance.

His parents said he was left alone in A&E despite being in a confused and serious state, and fell, suffering an injury to his head.

Law student David died two days later despite efforts to save him by neurosurgeons at Leeds General Infirmary. Mr and Mrs Nash are paying thousands of pounds for an independent neurosurgeon to investigate how their son died and are hoping an inquest next month will provide answers.

Airline pilot Mr Nash, 56, said: ‘The mastoiditis is readily treatable with modern antibiotics and it should never have been left to get to the stage where it caused the complication of a brain abscess.

‘He should never had gone to A&E in that condition. It is something that should have been sorted out way before then and, having approached his GP practice on four occasions, not to see him I think is the primary reason that they failed to recognise his condition and treat it.’ The couple hope there will be a change in attitude from GPs towards face-to-face consultations. 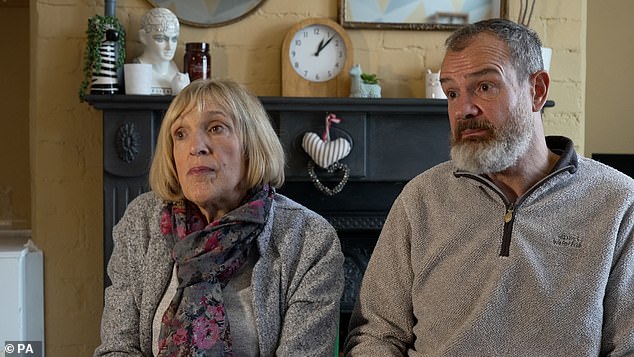 He added: ‘David was caring, charismatic and funny, managing to find humour in almost everything, however mundane. He was 6ft 7in tall so when he walked into the room you noticed him.’

The Leeds GP practice and the trust which runs St James’s Hospital said they were unable to comment ahead of the inquest.

An NHS spokesman stressed: ‘Every GP practice must provide face to face as well as telephone and online appointments as part of making primary care as accessible as possible.’