One in ten Britons believe a pina colada is fruity enough to count as one of their five-a-day, shows survey

Its key ingredient is a liberal shot of rum, but one in ten people believe a pina colada cocktail is fruity enough to count as one of their five-a-day.

While it may have a tropical blend of coconut milk and pineapple juice, and is usually garnished with a slice of pineapple and a maraschino cherry, not even Del Boy in Only Fools And Horses – for whom it was a favourite – considered it a health drink.

But the survey of 2,000 people found a number of other cocktails were also considered as counting towards the five daily portions of fruit and veg the NHS recommends in a healthy diet. 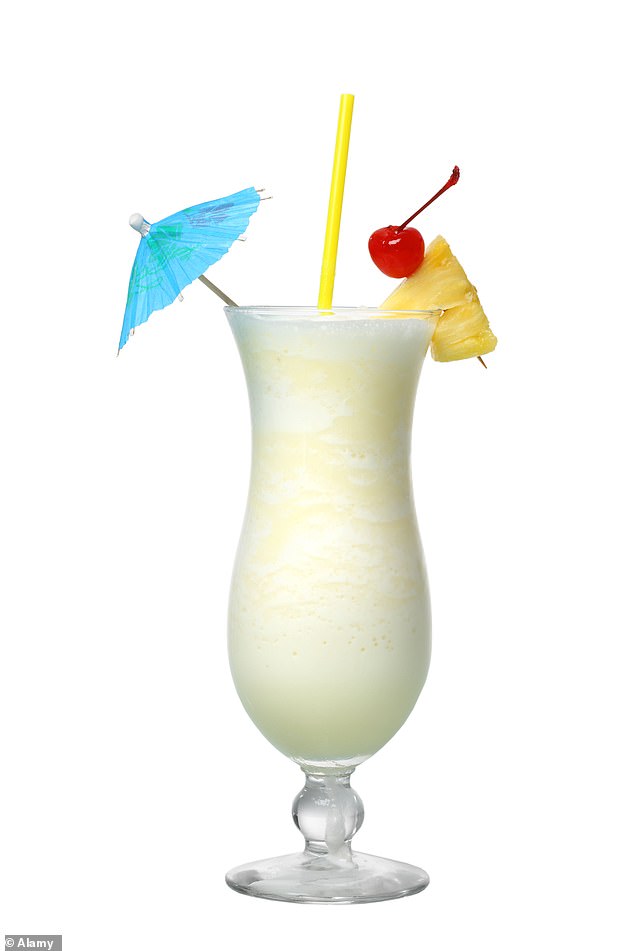 The study by Bassetts Vitamins also found 11 per cent considered a glass of wine as one of their five-a-day because it is made from grapes.

Anything containing alcohol is normally discounted by health experts.