Ohio man, 83, is acquitted of his wife’s murder after spending 45 YEARS in prison: ‘This is America. How could my fellow man treat me like this?’

An 83-year-old Ohio man, who has spent 45 years in prison, has been acquitted of the murder of his wife after it was discovered police failed to tell the court they had interviewed another suspect in the case.

Isiah Andrews said the verdict ‘relieved all the weight off’ his shoulders as the jury found him not guilty at the Cuyahoga County Common Pleas Court in Cleveland on Wednesday.

‘You ask yourself, this is America. How could my fellow man treat me like this?, Andrews had told News 5 Cleveland after the verdict.

Andrews was released from prison last year after it was discovered that police had failed to reveal that they had interviewed another suspect in connection with the murder in 1975. The suspect died in 2011.

His wife Regina Andrews was found dead and wrapped in bedsheets in a park in September 1974.

The discovery of a new suspect, however, seemed to give the court reason to revisit the trial for the man who had been wrongfully convicted of the murder decades ago.

The new trial mostly consisted of transcripts being read from the first as most of the former detectives who investigated the case have died. 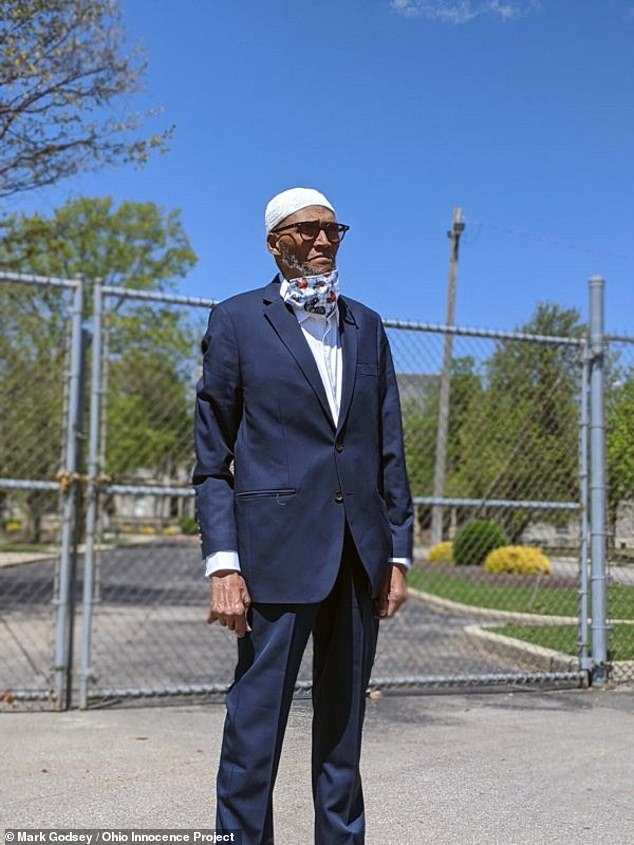 Isiah Andrews, 83, was acquitted on Wednesday after he was found falsely convicted for the 1974 murder of his wife Regina Andrews 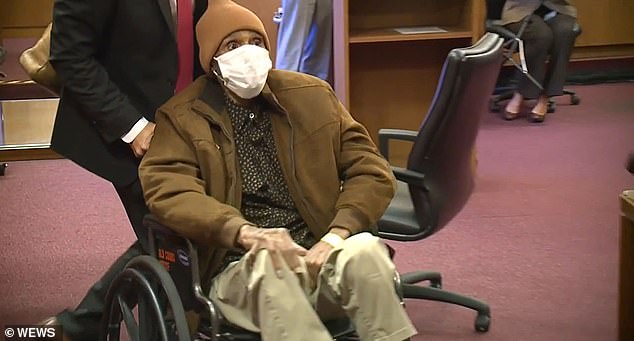 Andrews had formerly been offered a plea bargain by Cuyahoga County Prosecutor Michael O’Malley if he admitted his guilt in the murder of his wife.

The now-released 83-year-old, however, refused the offer as he told visiting Judge Tim McGinty: ‘I want justice for my wife.’

The couple had married in August 1974 after only knowing each other for a few months.

They had initially lived at the Colonial House motel until moving to an apartment in Euclid.

A month into their marriage, Regina Andrews was found dead on September 18 when her body was discovered.

She had been stabbed a total of 11 times near the parking lot of a swimming pool in Forest Hill Park.

Her body had been wrapped in three different hotel bed sheets, with one of them being from the Colonial House motel after a maid had identified it.

However, there was no physical evidence linking Isiah Andrews to the slaying. 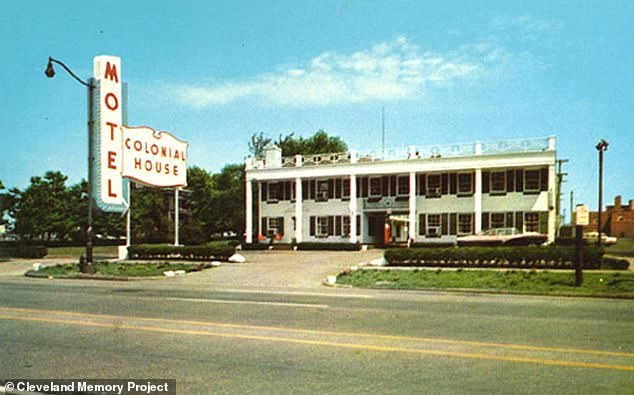 Andrews and his wife had lived in the Colonial House motel at the beginning of their marriage in 1974. The body of Regina Adams had been found wrapped in a bed sheet from the motel

O’Malley had initially rejected the Andrews’ request for the retrial and had only offered him the plea bargain even though attorneys with the Ohio Innocence Program had begged him to drop the charges.

The attorneys with the program had discovered the evidence of another suspect Willie Watts after finding a withheld report from Cleveland Police.

Watts had been questioned and arrested by police but was later released from custody after they suspected Andrews was responsible for the murder.

Andrews was still convicted in the 1975 murder trial despite a lack of physical evidence being held against him.

The Cleveland police at the time, however, discovered a a partial palm print, blood samples and other bodily fluids from near the body.

Although the physical evidence had been destroyed, the attorneys believed that the presence of another suspect might have been enough to release Andrews from a lengthy sentence.

The jury had ensured to follow the new evidence carefully in the recent trial.

‘We went through all the evidence, piece-by-piece,’ an anonymous juror told Cleveland.com.

‘We tried to connect the dots, there just weren’t a lot of dots to connect.

‘Even if we assumed that the testimonies we were read were completely accurate, there are still holes in the story.’ 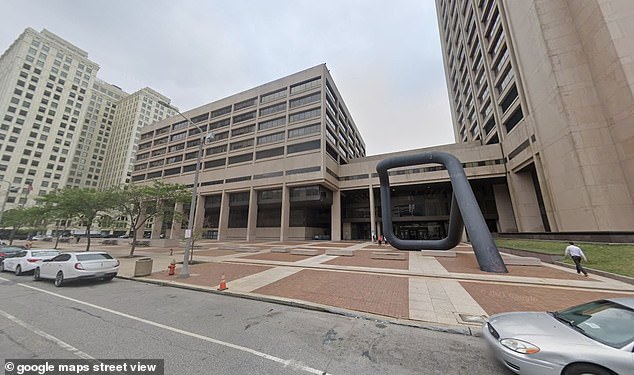 They deliberated over the verdict of the second aggravated murder trial for less than 90 minutes.

‘I’m happy it did (go to a second trial), just so that Isaiah Andrews has his freedom 100% secured,’ the juror also said. ‘The guy was in prison for something he didn’t do.’

‘For over four decades Isaiah Andrews has fought for justice for his wife and for his freedom,’ Sidoti told News 5 Cleveland.

‘Today the jury got it right. He is finally vindicated. Isaiah will never get these decades of his life back, but he can now live the remainder of his life a free man.’

‘This was the right result today, but I don’t know if he’ll ever get actual justice,’ Howe told cleveland.com.

‘He should have never been convicted in the first place and he certainly never should have been retried.’