A convicted felon in Ohio attempted to flee from his sentencing hearing by jumping off the balcony outside the courtroom, security footage showed.

With his momentary freedom, Mullins vaulted over the glass railing of a nearby walkway, falling from the sixth to fifth floors, WCMH reported. 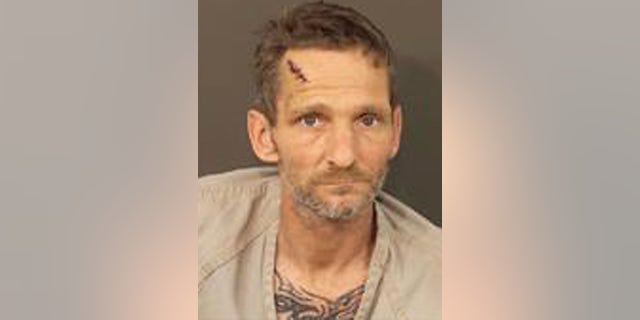 A woman then filmed the aftermath, showing a bloody floor where Mullins landed before panning over to see him dragging himself across the floor.

Mullins broke his leg and appeared to have bashed his nose on the floor. Sheriff’s deputies quickly recaptured Mullins before he could crawl too far.

He was taken to Grant Medical Center for treatment following his failed escape.

Mullins had been charged with robbery.

Judge Mark Serrott sentenced Mullins to four to six years in prison. Mullins requested time to have surgery for unspecified medical issues before his incarceration, but the judge had denied his request, prompting Mullins to flee.

Mullins had been charged in relation to a complaint that he had assaulted an 82-year-old man and stole between $400-500 from the man’s pocket.

DNA from a cookie left at the scene linked Mullins to the crime, according to reports.

Mullins pleaded guilty to one count of robbery so the Franklin County Prosecutor’s Office would drop aggravated burglary and theft charges, Newsweek reported.

Mullins will now face an additional charge of escaping custody.