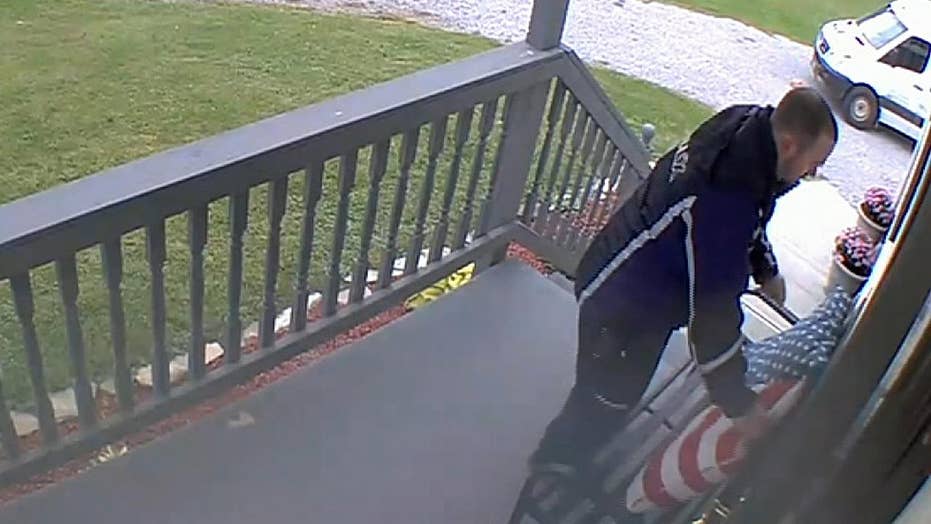 A FedEx delivery who flipped a set of stars and stripes pillows on an Ohio front porch is being hailed a patriot after footage of the kind act went viral.

The unidentified package deliverer swapped the pillows Wednesday when he noticed they were out of order — the stripes pillow was to the left of the stars when it should have been reversed.

Jackie Szabo told Fox 35 she saw the man fixing her pillows on the security camera.

She posted the clip to Facebook and said, "When the FedEx guy puts the stars before the stripes."

The video had been viewed more than 1.9 million times as of Saturday afternoon.

The gesture was "sweet" and "extra special" to her, as her son is "an Airborne Soldier and a veteran in U.S. Army," Szabo told Fox 35.