Education chiefs get revenge on Williamson over exams fiasco: Ofqual chair tells MPs the ‘mutant algorithm’ was MINISTER’S idea and the regulator advised NOT to cancel exams

The chairman of Ofqual today claimed Gavin Williamson was urged not to cancel exams and the A-level results debacle had ‘rapidly’ got out of control under the leadership of the Education Secretary.

Roger Taylor told the Education Select Committee that earlier this year the regulator had made clear to Mr Williamson that it believed the best way forward was for exams to go ahead ‘in a socially distanced manner’.

Ofqual’s second choice was to delay exams while moving to some form of calculated grades was a distant third choice.

Despite this advice, Mr Williamson apparently opted unilaterally to proceed with option three with Ofqual then tasked with developing an algorithm to award grades.

The algorithm caused 40 per cent of grades to be downgraded below teacher estimates, prompting widespread pupil and parent anger which ultimately resulted in the computer model being dropped.

Mr Taylor painted a chaotic picture of the decision-making process between Ofqual and the Department for Education at the height of the crisis.

He said that policies were being ‘recommended and strongly advocated by the Secretary of State that we felt would not be consistent with our legal duties’.

He also admitted it was a ‘fundamental mistake’ to believe that pupils would ever accept grades calculated using the algorithm and in the absence of exams.

Mr Taylor said the regulator was willing to ‘fully accept our share of responsibility’ for the fiasco but MPs suggested Ofqual had adopted a ‘not me guv’ attitude to the meltdown.

Mr Taylor’s comments are likely to be seen as the regulator exacting some revenge on Mr Williamson after he initially tried to blame the results chaos on Ofqual. 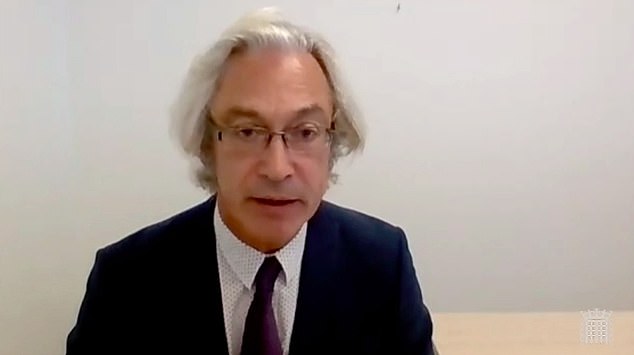 Roger Taylor, the chairman of Ofqual, said the regulator had advised Gavin Williamson that exams should go ahead 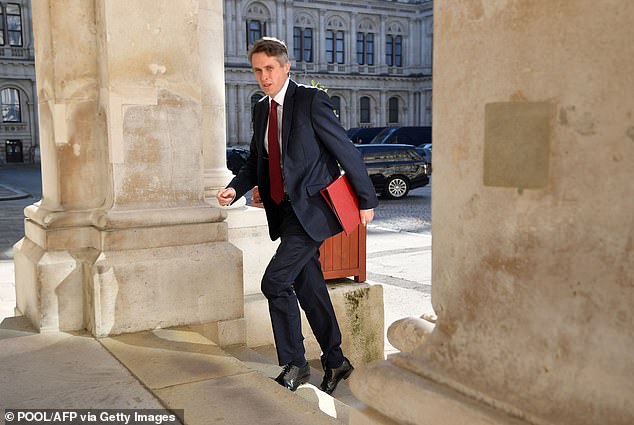 Ofqual’s chief regulator Sally Collier resigned over the debacle while the permanent secretary at the Department for Education, Jonathan Slater, was sacked.

There were widespread calls for Mr Williamson to carry the can for the fiasco but Boris Johnson has stood by his Education Secretary.

Mr Taylor told the Committee that Ofqual had advised Mr Williamson that exams should go ahead.

He said: ‘At the outset our initial advice to the Secretary of State was that the best way to handle this was to try and hold exams in a socially distanced manner.

‘That our second option was to delay the exams but the third option if neither of these were acceptable would be to try to look at some form of calculated grades.’

He added: ‘That was our advice to ministers. It was the Secretary of State who then subsequently took the decision and announced without further consultation with Ofqual that exams were to be cancelled and a system of calculated grades would be implemented.’

The regulator provided a statement to the Education Select Committee setting out its handling of the exams meltdown.

But the Tory chairman of the committee, Robert Halfon, said the statement appeared to be an attempt to blame others for what happened.

Mr Halfon said: ‘Obviously I have got to look at the statement very carefully but my first reading of it suggests that what Ofqual is saying is that you did everything that ministers asked you to do, that the algorithm you think was fair despite the anomalies and actually what went wrong was because pupils and families and teachers wouldn’t accept the grades because in essence they hadn’t done an exam.

‘What you are really saying in three words if I had to describe it in a nutshell is “not me guv”. Is that a fair reflection of the statement?’

Mr Taylor replied: ‘I think as we made clear in the statement we fully accept our share of responsibility for what has gone wrong this year.

‘I have personally apologised to students and parents for what has been, we recognise, an extremely anxiety-making incident. 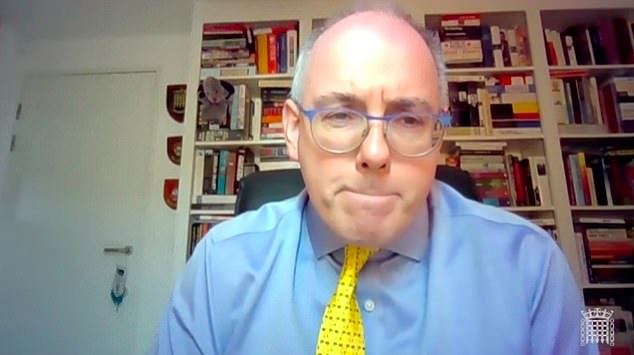 Pushed again by Mr Halfon on whether the ‘not me guv’ summary was an accurate reflection of Ofqual’s position, Mr Taylor said: ‘What we would point towards is that the fundamental mistake was to believe that this would ever be acceptable to the public.’

Mr Taylor said that on the weekend after A-level results were published the situation appeared to be ‘rapidly getting out of control’.

He said: ‘The [Ofqual] board convened I think at around 10 o’clock that evening.

‘I think at this stage we realised we were in a situation which was rapidly getting out of control, that there were policies being recommended and strongly advocated by the Secretary of State that we felt would not be consistent with our legal duties.’

She said: ‘Gavin Williamson has repeatedly tried to blame Ofqual and officials for the crisis over exams. It is now clear he was responsible.’