COVID-19 is once again unsettling the public, causing restaurant workers and proprietors to invoke the same dreaded thought: "here we go again."

As the Omicron variant takes a toll on holiday gatherings, restaurant booking have seen a sharp decline, according to data from OpenTable. Restauranteur and tech innovator Bo Peabody — who serves as co-owner of New York-based Mezze Restaurant Group, and a board member of the Boqueria Restaurant Group — told Yahoo Finance Live that for New York, available data has been pretty "stark" for the last two weeks.

As President Biden urges Americans to receive a booster shot, restauranteurs are looking to enforce similar precautions with their staff and customers.

Peabody says as a board member of Boqueria, the company is having "the same conversation," but thinks that requiring a booster shot is "the only way to go."

"We're discussing it at Boqueria, we've decided to close for a couple days around Christmas…which just makes sense, and sort of let things settle down and play out." Yet he added that "we've got to mandate that people take the vaccine, take the booster."

NYC officials recently announced beginning on Monday, December 27th, all people 12 years of age or older must show proof that they have two vaccine doses to "participate" in public indoor activities such as "restaurants, catering halls, bars, nightclubs, coffee shops, fast food restaurants, among others. 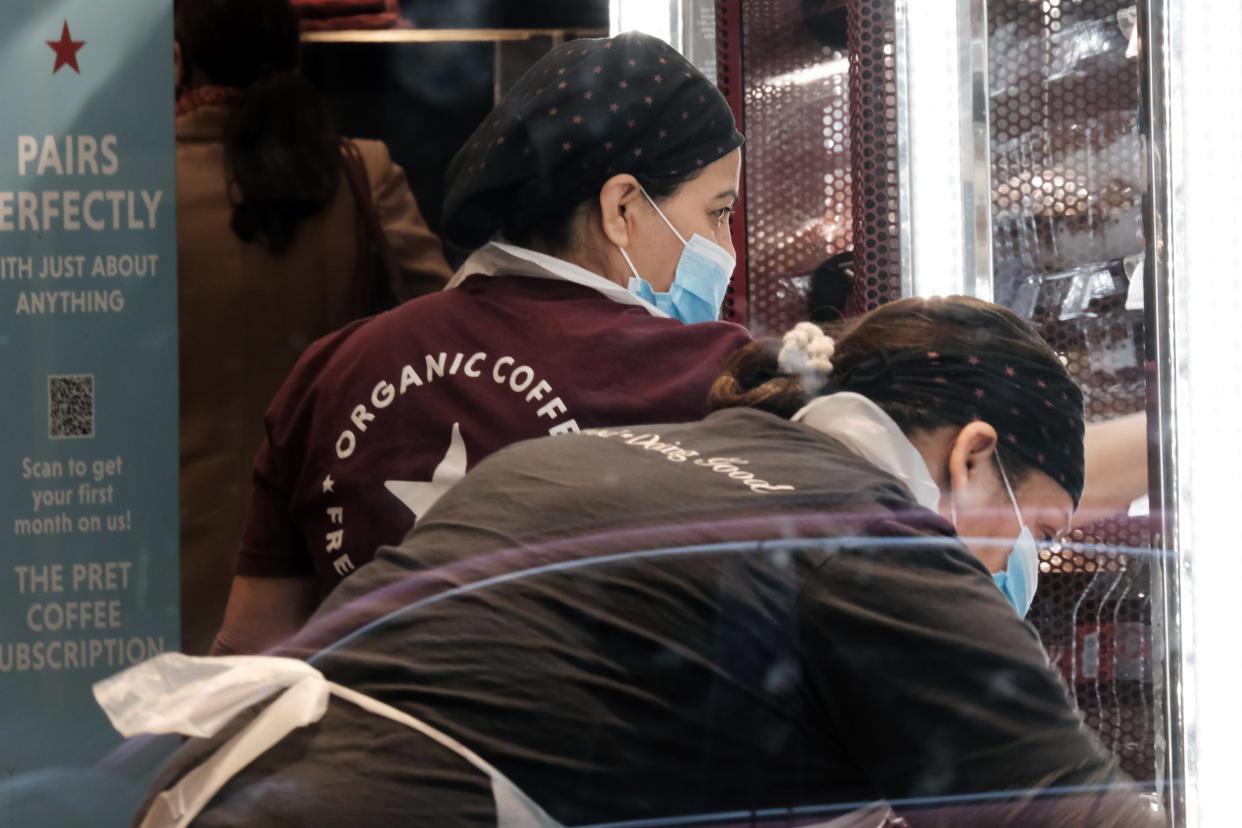 Peabody added that for restaurant operators, Omicron "feels very similar to the onset of Delta" with cancellations mounting "in many cases last minute" and a drop in foot traffic. However, operators are trying to remain resilient.

"Restaurant operators are taking an optimistic view, obviously for their business and hoping that this sort of comes and goes quicker even than delta [variant] did," according to Peabody.

He cited Seated, a restaurant discovery app he co-founded, as showing a steep drop-off in restaurant goers in New York, which currently has 21,717 daily average cases and a major spike in 14-day change of 126%, according to The New York Times.

By comparison, attrition is "a little less" in Boston, and much less in southern cities like Atlanta and Dallas, Peabody said.

Already, a number of restaurants and entertainment venues have closed in New York City, where cases are spiking to record levels. The government hasn't imposed new lockdowns, and hospitalizations remain stable as Omicron causes vaccine efficacy to plunge; still, some eateries have voluntarily shuttered their dining rooms, and reverted to takeout only.

Brooke DiPalma is a producer and reporter for Yahoo Finance. Follow her on Twitter at @BrookeDiPalma or email her at [email protected]