Chiang Rai: One of the British divers who found the 12 boys and their football coach in the depths of a Thai cave played down his heroics on his return to Britain on Thursday.

John Volanthen was one of two British caving experts who dived through underwater passages with little visibility to first find, and then extract, the young football team trapped in the dark, wet Tham Luang cavern in the far north of the country for 18 days after floodwaters blocked their way out. 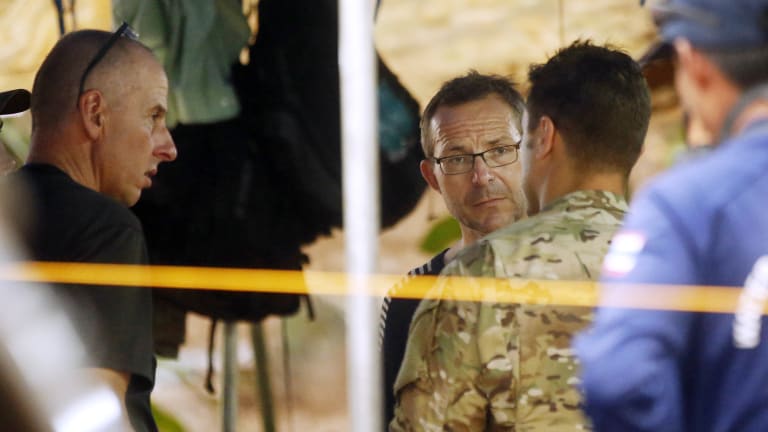 "We were very pleased and very relieved they were all alive but I think at that point we realised the enormity of the situation and that's perhaps why it took a while to get them all out," he said at Heathrow airport, adding: "We are not heroes. What we do is very calculating, very calm. It's quite the opposite."

But Volanthen said the death last Friday of Saman Gunan, 38, a former Thai Navy SEAL diver who suffocated while replenishing air tanks, had brought a "bittersweet" taste to an otherwise "excellent" operation.

Volanthen is understood to have returned home to Bristol. Seven other Britons in the rescue, five of them divers, were due home on Friday. 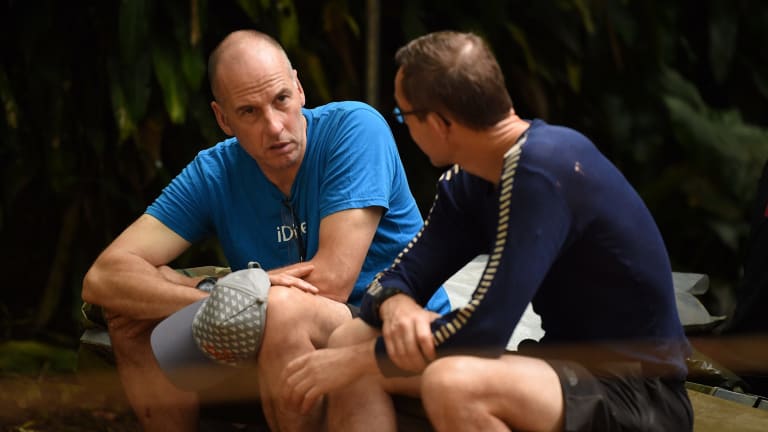 British divers Richard Stanton, left, and John Volanthen at the base camp for the rescue operation last week.

Bill Whitehouse, vice-chairman of the British Cave Rescue Council, said that some of the divers "have been on pretty hairy recovery dives before… the dives in this case were not particularly deep and nothing too extraordinary.

"But it was what they faced, and what they had to do in there, which was extraordinary." There was joy and relief in Thailand on Tuesday evening when the final five were freed from the cave after a tricky three-day operation.

The boys, whose ages range from 11 to 16, and their coach, Ekaphol 'Ake' Chantawong, 25, remained in isolation wards in hospital. Experts say the children will bounce back, while Chanthawong may struggle to cope with feelings of guilt. In a letter last weekend he apologised to the boys' parents but they replied stating, "please don't blame yourself".

Prayuth Jetiyanukarn, abbot at Phrathat Doi Wao temple, where the coach worked, said the coach had a strong bond with his Wild Boars football team and would have kept them "calm and relaxed" inside the cave. "I was afraid that he might think I was going to blame him, so I sent a letter of comfort to him in hospital," said the abbot.

"I hope he will come back to work and resume his normal life."