North Korea has warned the United States to “keep its mouth shut” after the US said Russia had made a “potential purchase” of weaponry from North Korea.

North Korea has said it has never supplied weapons to Russia and has no plans to, according to the country’s state media. 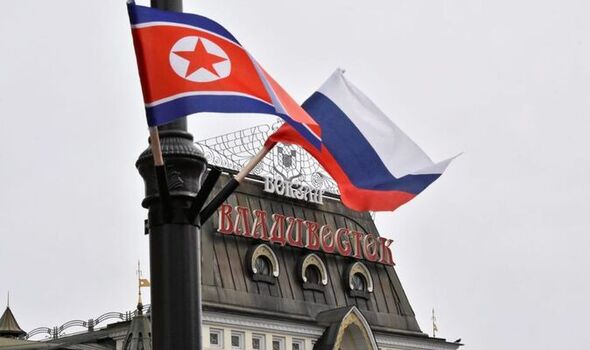 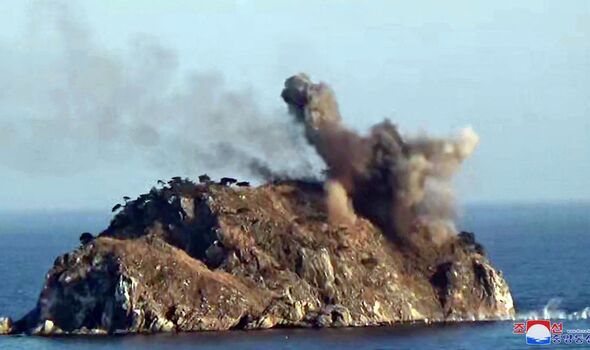 On Thursday, North Korea accused the US of “tarnishing” the country’s image as the KCNA (Korean Central News Agency) read out a statement from a North Korean official.

It read: “Recently, the US and other hostile forces talked about the ‘violation of a resolution of the UNSC [UN Security Council], spreading a ‘rumour of arms dealings’ between the DPRK [Democratic People’s Republic of Korea] and Russia.

“We have never exported weapons or ammunition to Russia before and we will not plan to export them.”

The KCNA said the statement was from the vice-director general of the general bureau of equipment of the ministry of national defence but did not give out the official’s name during the announcement.

Earlier this month, the US said Russia could be about to buy “literally millions” of shells and rockets from North Korea.

Vedant Patel, the US State Department deputy spokesperson, said that Russia “is in the process of purchasing millions of rockets and artillery shells from North Korea for use in Ukraine.”

Mr Kirby called it a “potential purchase” and continued: “Our sense is it could include literally millions of rounds, rockets and artillery shells from North Korea. That’s what our information gives us – it could be on that scale.”

He added: “We don’t have any indication that the purchase has actually occurred yet so it’s difficult to say what it’s actually going to end up looking like.” 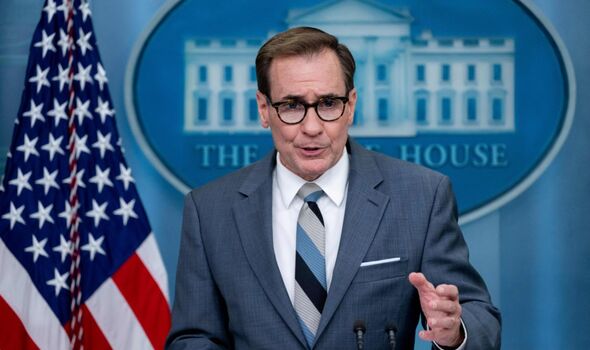 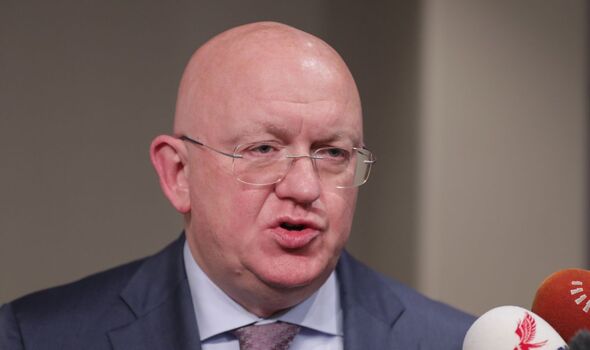 Vasily Nebenzya, the Russian ambassador to the United Nations, dismissed the claims.

He told the media: “I haven’t heard it and I think that’s another fake being circulated around.”

Alistair Morgan, who was the British ambassador to North Korea and a member of the United Nations Panel of Experts that monitors sanctions on North Korea, said he was unable to verify the claims about Russian purchases.

However, Mr Morgan also added: “If it could, I’m quite sure that [North Korea] would sell arms to whoever would take them.”

DON’T MISS:
Truss ends rationing fears with vow to stand up to Putin [REVEAL]
Commonwealth and the wider world mourns the loss of the Queen [REPORT]
Macron blasts Russia and slams neutral countries as complicit [INSIGHT] 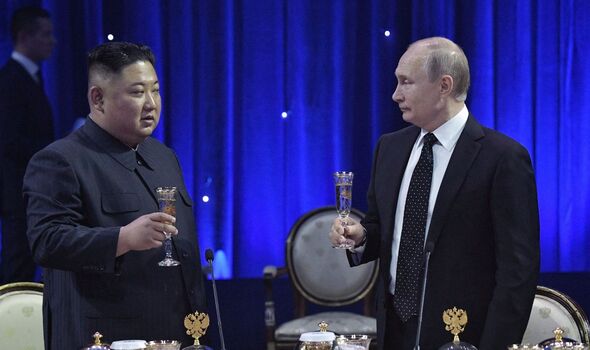 In August, the KCNA reported that President Putin had sent a letter for North Korea’s liberation day, which said closer ties would be in both countries’ interests.

The Russian President told Kim Jong Un that both countries will “expand the comprehensive and constructive bilateral relations with common efforts.”

The North Korean leader also sent a letter to Mr Putin, which said the friendship between the two counties began in World War III over their victory over Japan.