Laws the government will introduce allowing sexual assault survivors to apply for a new form of suppression order in court, called a privacy order, could be broadened to victims of other crimes.

The legislation, which will be debated in State Parliament’s upper house on Tuesday, was designed to help protect the privacy of survivors of sexual crimes and their families. But the bill leaves the door open for victims of other “applicable crimes” to apply within the new scheme.

The clause has been described as an overstep by Reason Party leader Fiona Patten, who told The Age she would table an amendment on Tuesday to remove it so the victim privacy order scheme relates solely to victims of sexual offences. 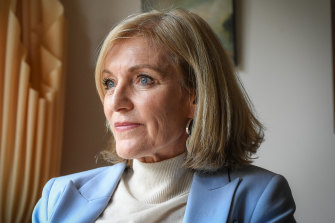 Reason Party MP Fiona Patten says if there is a push by victims for other offences to be added, it should be debated in Parliament.Credit:Justin McManus

“We don’t think the government needs that level of freedom to add various offences onto this … Expanding those sort of suppression orders, almost by stealth, but certainly without any parliamentary oversight, is not good practice,” she said.

“I don’t believe that there was any ill intent from inserting that clause into the bill, but I do think that it’s an overstep and I don’t think it’s necessary.”

She said if there was a push by victims for other offences to be added, it should be debated in Parliament. Overall, Ms Patten believes it is a good bill that adequately responds to criticism the government received when the first iteration was debated last year. 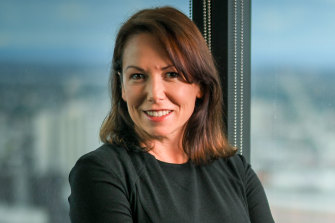 State Attorney-General Jaclyn Symes says she will not add further offences to the new laws without extensive consultation.Credit:Eddie Jim

The legislation has had a tortuous path. In an attempt to set a clear path in legislation about instances of identifying victims of sexual assault, the laws at first forced sexual abuse survivors and their families to go to court to seek a judge’s permission to be named in the media.

After backlash from survivors, the government removed the gag order but still allowed for victims and families to apply for a privacy order if they wanted to.

The media is already, by law, prevented from identifying survivors of sexual offences.

State Attorney-General Jaclyn Symes said she would not add further offences to the new laws without extensive consultation, and only if there was a push from the community to do so.

“In the unlikely event that a further offence is added, the Parliament has the power to disallow that,” she told The Age.

Perpetrators cannot apply for an order, and applicants must prove privacy is necessary and publication would cause “undue distress”. The court must also have regard to public interest and open justice.

The orders last for five years, and the scheme will be reviewed after two years.

Ms Symes confirmed the courts, which already issue hundreds of suppression orders each year, were concerned about a flood of applications for orders.

Latest data shows 353 suppression orders have been issued so far this year in Victorian courts, including in the Victorian Civil and Administrative Tribunal. Some 482 orders made last year were still active. 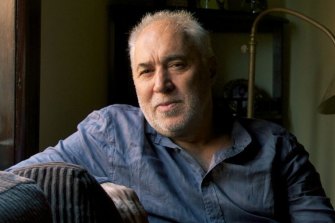 Phil Cleary has campaigned against family violence since the murder of his sister.Credit:Wayne Taylor

For many families and survivors, the option to apply for an order and have some control over how they are reported is welcomed.

But Phil Cleary, whose sister Vicki was murdered in 1987, said suppressing names could hide the extent of violence against women.

“We shouldn’t reduce the victims of patriarchal violence to mere statistics,” he said.

“I think most family members want their loved one remembered and acknowledged. They don’t want them secreted away as if there is something shameful about what’s happened.”

Victims of Crime Commissioner Fiona McCormack said the bill in its current form struck the right balance between ensuring there were no barriers if people wanted to speak out but also protecting the right to seek privacy.

“I also know that people impacted by crime often want different things, which is why I advocate for responses that allow choice for victims and their families,” she said.