A storm-battered New Orleans is continuing to clean up this week as now post-Tropical Cyclone Nicholas moves over the central Louisiana coast.

Rain was forecast to continue in the area into next week and flash flood watches were in effect for portions of southeast Louisiana.

The deluge complicates an already difficult recovery process at homes damaged by August’s Hurricane Ida and tens of thousands remained without power in the state on Thursday.

Conditions have reportedly left an unpleasant stench in the air as piles of trash linger on street corners.

Ida’s impact exacerbated an existing labor shortage that had slowed garbage collection even before the storm. 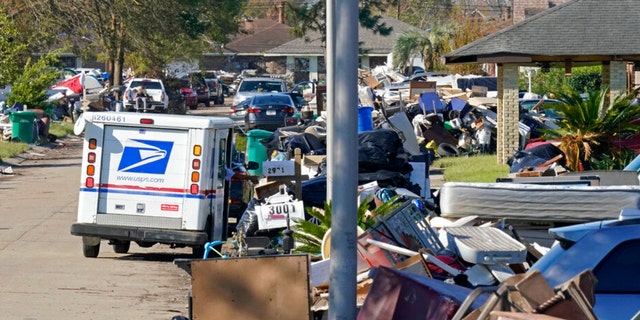 In an effort to mitigate the situation, city officials announced Wednesday that they had opened a site where residents could take bagged household garbage and dispose of it free of charge.

In a statement posted to Twitter on Wednesday, Mayor LaToya Cantrell assured that the city is focused on “identifying the equipment and labor needed to solve this problem.”

“We are all experiencing trash build up, including solid waste and debris from Hurricane Ida, across the city, Solid waste collection was a challenge due largely to the national COVID-related labor shortage before the storm, and it is an even greater challenge now as we continue to move through our recovery with more than two times the amount of normal trash,” the city wrote.

“On Wednesday, the city issued an emergency procurement to provide additional solid waste collection. The response period was extended by three calendar days to provide more time for bidders to respond,” it continued, adding later that the city had selected a winning bidder for one of two emergency trash-hauling contracts.

“Additionally, the city opened the Elysian Fields Transfer Station today for residents to dispose of bagged household garbage. This service is being provided free of charge between 8 a.m. and 3 p.m. seven days per week,” the city said. “The city remains absolutely committed to resolving this issue, and shares the frustration of our residents and businesses.”

According to NOLA.com, the announcement brought both a small line of cars and what the outlet labeled as “mockery” over the city’s two main garbage contractors and the city’s response to the matter.

Two days prior to Ida, Cantrell said the city was “absolutely prepared to activate trash collections with our independent contractor based on emergency response,” stating that residents wouldn’t have to rely on the struggling Metro Service for post-storm collections, according to the outlet. 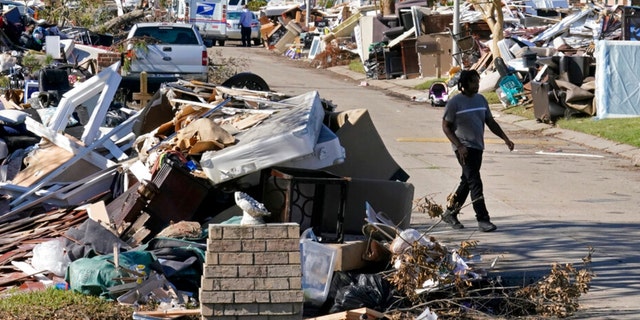 Lyndell Scott walks past the debris of his gutted home in the aftermath of Hurricane Ida in LaPlace, La., Friday, Sept. 10, 2021.
(AP Photo/Gerald Herbert)

While some New Orleanians have gotten a “first pass” collection, NOLA.com noted that Cantrell spokesperson Beau Tidwell acknowledged Monday that some “carts have been missed in areas that have seen initial collections.”

“Like the rest of our residents, I am seeing first-hand that trash is gathering in many parts of the city. I understand the impacts the solid waste industry shortage is having on the ground and in our neighborhoods, which was a serious challenge before Hurricane Ida and an even greater challenge after the storm,” Cantrell said in a statement. “But I want our residents to know that my team and I are doing everything possible to build capacity to rid our city streets of trash for good. I am also asking for your continued patience as we bounce back from Ida and humble ourselves as our neighbors took an even stronger blow.”