The Royal Australian Navy is road testing a new uniform that may not look very different, but offers vastly improved protection in the event of fire at sea. It is also cooler for the wearer.

The navy looked at what more it could do to protect personnel after a fire claimed the lives of four sailors on the HMAS Westralia in 1998, which was a tanker vessel supplying other ships with petroleum. 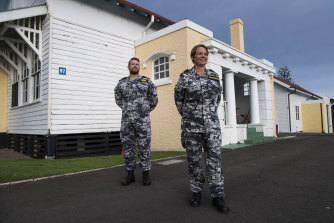 The new uniform has the same disruptive pattern of camouflage worn by defence personnel in the RAAF and army, albeit a different colour, but the version worn by sailors at sea has a new fire retardant treatment.

Warrant Officer of the Navy Deb Butterworth, the most senior sailor, said the new uniform had been well received in initial trials. 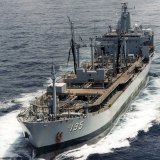 “The seagoing variant is really important to us because it is fire retardant which keeps our people safe,” she said. “After the Westralia fire it was very evident to us that we needed to make sure our people are well protected and the sea variant is absolutely fit for purpose.

“We have also repositioned the pockets to where people need to quickly access particular equipment. People got tired quickly in the old uniform and this is much cooler which means when they are busy at sea they will have some release from heat fatigue.”

The uniforms are first being rolled out in Darwin and Cairns, where they will be much appreciated in the heat and humidity, but should be available to all navy personnel next year.

The wearing of naval uniform is highly regulated and a 488-page document covers issues such as appropriate maternity wear, colours of turbans and swimwear for women of Islamic faith.

Consideration is even given to the fire safety of undergarments. At item 3.83 it states: “Personnel are to wear natural fibre (wool or cotton) or fire retardant undergarments; for safety purposes synthetic undergarments are not to be worn.”

An inquest in 2003 found the fire on the Westralia was caused when a leak from a newly installed flexible fuel hose was ignited by a nearby engine part. 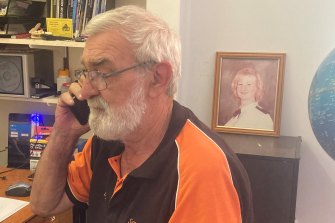 Lyndon Pelly with a photograph of his daughter Midshipman Megan Pelly, who died in the fire on the HMAS Westralia.Credit:

Western Australia Coroner Alastair Hope said at the time that the navy must accept much of the blame for the deaths of four crew members.

A Board of Inquiry report found the sailors died from acute carbon monoxide poisoning resulting from smoke inhalation. It concluded that all were unconscious within five minutes of the outbreak of the fire and died within 10 minutes.

Mr Lyndon Pelly, an ex-serviceman who has worked in the petroleum industry, lost his daughter Midshipman Megan Pelly, 20, in the fire and said he welcomed the introduction of new uniforms.

“I don’t think [a fire retardant uniform] would have helped any of them mainly because they all died of smoke inhalation,” he said. “None of them were burnt and they were all overcome by fumes.

“The first thing they did [when the fire started] was to close the engine room in so that no oxygen could get in to feed the fire and that’s where it went wrong. There was so much smoke down there that they were overcome. Nobody is to blame for their demise, it is just pure bloody bad luck.”