More than 56 percent of Nepal’s 5.4 million households affected as remittances drop due to global recession. 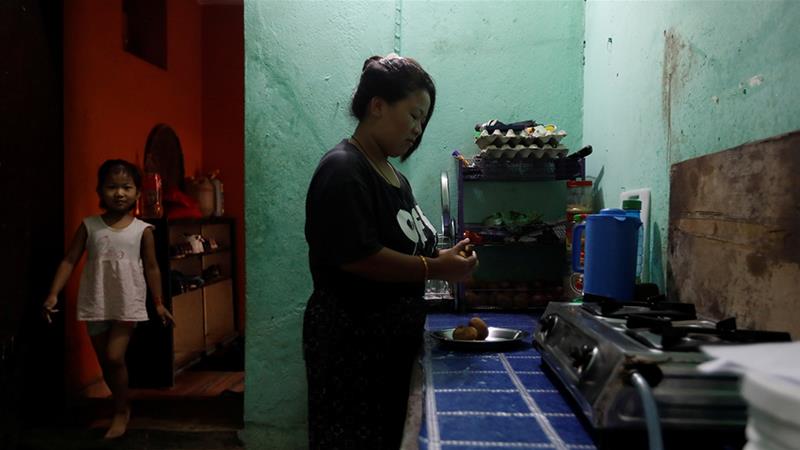 Nepali housewife Shiba Kala Limbu grimaced as she recalled how she went hungry in order to feed her five-year-old daughter after the coronavirus pandemic cost her husband his job as a mason in the Gulf state of Qatar.

The 25-year-old said she had no money for rent after the payments from her husband, Ram Kumar, stopped.

“It is painful,” she said, as she peeled potatoes in a dimly lit kitchen that doubles as her bedroom in the Baniyatar locality of the Nepali capital.

“I skipped several evening meals to save whatever little food I had for my daughter.”

The spread of the coronavirus has choked economies worldwide and pitched millions of migrant workers out of jobs, leaving them unable to send money home.

More than 56 percent of Nepal’s estimated 5.4 million households receive remittances that are a vital lifeline for families with no other source of income, official figures show.

Remittances totalled $8.1bn last year, or more than a quarter of Nepal’s gross domestic product, but are likely to drop 14 percent in 2020 because of the global recession caused by the virus, as well as a fall in oil prices, the World Bank says.

Millions of Nepali migrants work in the oil-rich Gulf countries and Malaysia.

Remittances are crucial for lower-middle-class Nepali families that have moved to city centres and rely on them to pay for rent, groceries, school fees and utilities, said analyst Ganesh Gurung.

“Without remittances, these families will get poorer, and crimes like human trafficking and prostitution could rise,” said Gurung, an expert on migrant issues at the Nepal Institute of Development Studies think-tank. 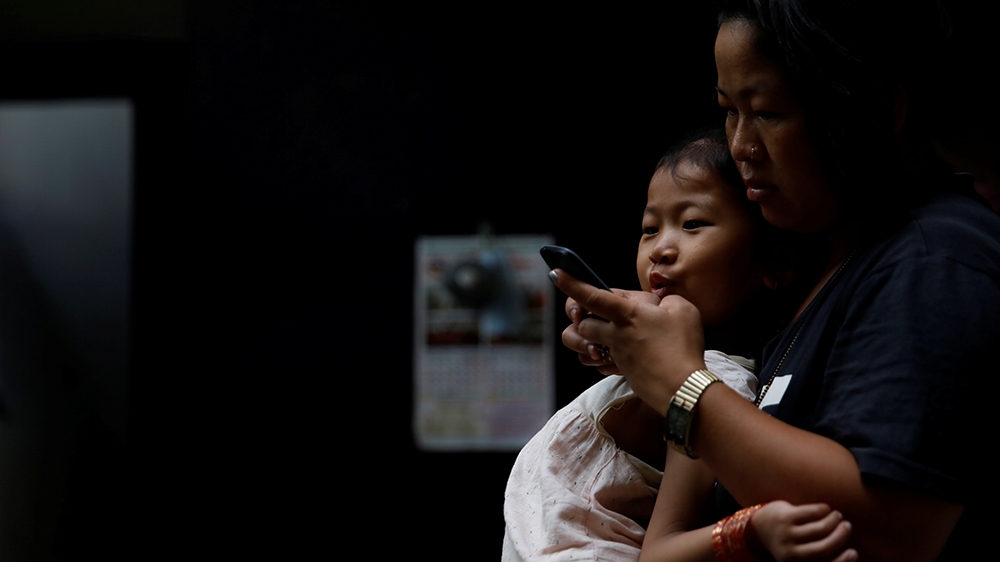 Limbu, the housewife, used to receive up to 20,000 Nepali rupees ($165) every month before the pandemic.

But in the last six months, she has received only 40,000 Nepali rupees ($330) from her husband, most of it borrowed from his friends.

“That’s all he has managed to send this year,” she said. “I used some of it to pay for the rent and the rest to buy groceries.”

In the southwestern town of Gajedah, Radha Marasini said her husband, Indra Mani, lost his job as a security guard at a textile factory in India’s northern city of Ludhiana after the outbreak.

As her income dried up, the 43-year-old had no option but to turn to a local lender and pay crippling interest rates to ensure she and her 15-year-old son can survive.

“If the corona [virus] situation does not improve, we’ll have to eat only one meal a day,” Marasini said.

Some migrants, like Limbu’s husband Ram Kumar, are staying overseas despite losing their jobs, in hopes the situation will improve and they can resume work.

“It is traumatic to be away from the family,” Kumar said from Qatar, which plans a limited re-opening of restaurants, beaches and parks from July 1.

“If there was any hope for finding a job in Nepal, I would go.”