Naomi Campbell’s charity faces questions after it spent £1.6million on a glitzy Cannes gala… but donated only £5,000 to good causes

Naomi Campbell’s charity is facing calls to improve its governance after accounts revealed it spent more than £1.6 million on a spectacular fundraising gala in Cannes – yet gave only £5,000 to good causes over the same period.

Fashion For Relief, a charity set up by the 50-year-old supermodel, hosted the glitzy event in May 2018 to raise money for Time’s Up, an organisation established after the MeToo movement to support women in the workplace.

Celebrity guests including Paris Hilton and Carla Bruni watched as Ms Campbell, who recently revealed she has become mother to a baby girl, took to the catwalk with supermodel friends such as Erin O’Connor and Natalia Vodianova.

Accounts lodged with the Charity Commission covering the period from April 2018 to July 2019 show that event charges ran to almost £1.5 million, with an additional £43,000 spent on a fashion team, £18,000 on an operations director, and more than £57,500 on public relations. 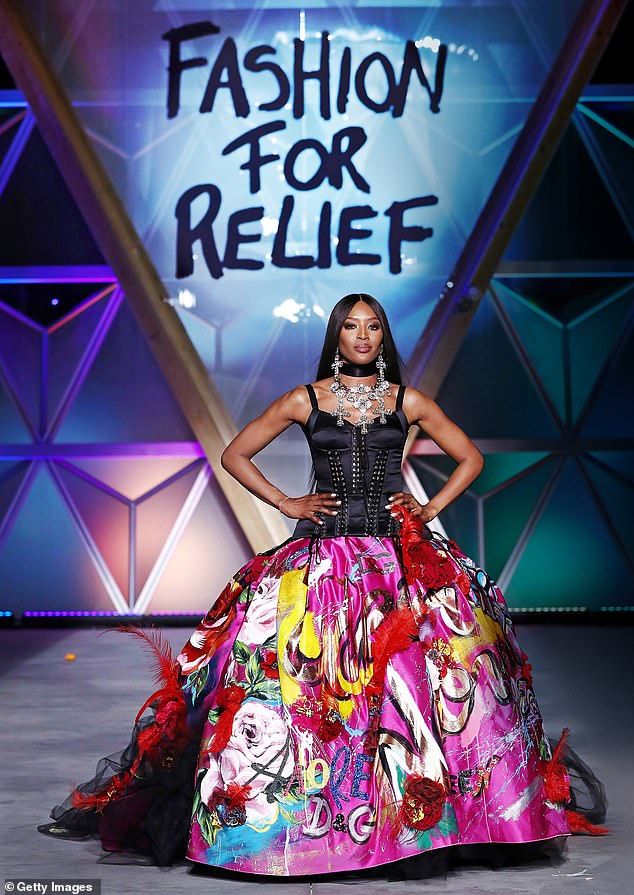 Fashion For Relief, a charity set up by Naomi Campbell (pictured), hosted the glitzy event in May 2018 to raise money for Time’s Up, an organisation established after the MeToo movement to support women in the workplace

During the same 15 months, according to the accounts, Fashion For Relief handed £5,515 to good causes. Time’s Up says it has received no funds directly from Ms Campbell’s charity since the event in Cannes.

Fashion For Relief insists the latest accounts should not be viewed in isolation and subsequent filings will provide a more comprehensive picture. It also says it operates as a ‘third party’, effectively a conduit between donors and the good causes it works with.

However, the charity admits it does not have a formal process for monitoring the number and value of donations made indirectly as a result of the events that it organises. Bianka Hellmich, one of the charity’s trustees, who received £77,000 for her role in 2018-19, said: ‘We are a fundraising platform not a charity and we do not operate like most charities. We connect donors to charities.

‘Donations do not always come through us and this is not reflected in the accounts every time. We prefer not to handle donations for various reasons, including tax purposes… and legal set-up.’ 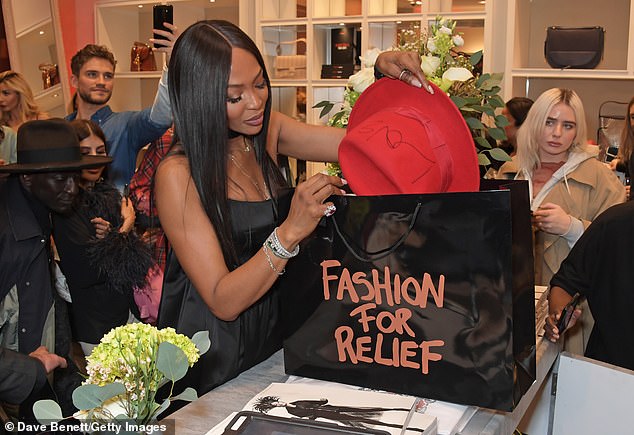 Fashion For Relief’s website says it has raised ‘over $15 million’ (£10.5 million) since it was launched by Ms Campbell (pictured) in 2015

Fashion For Relief’s website says it has raised ‘over $15 million’ (£10.5 million) since it was launched by Ms Campbell in 2015. But asked if she knew how much had been raised since it was registered as a charity in the UK in 2015, Ms Hellmich replied: ‘We can’t do that because when we connect donors and the public to the charities, we do not have the ability to monitor [this] and neither do the charities.’

The Charity Commission, which regulates the sector, states in its rules that trustees ‘should periodically review what the charity is achieving, and how effective the charity’s activities are’. Since 2015, Fashion For Relief has reported total income of almost £2.9 million, with expenditure of £2.69 million and grant awards of £289,000.

The Mail on Sunday asked Dr Gareth Morgan, emeritus professor of charity studies at Sheffield Hallam University, to review the latest documents filed by Fashion For Relief. After doing so, he said: ‘I would encourage the Charity Commission to look into this charity and possibly to use its powers of inquiry in order to consider whether there may have been any failures of governance. Even where there has been charitable expenditure, the accounts tell us nothing about where it has gone.’ 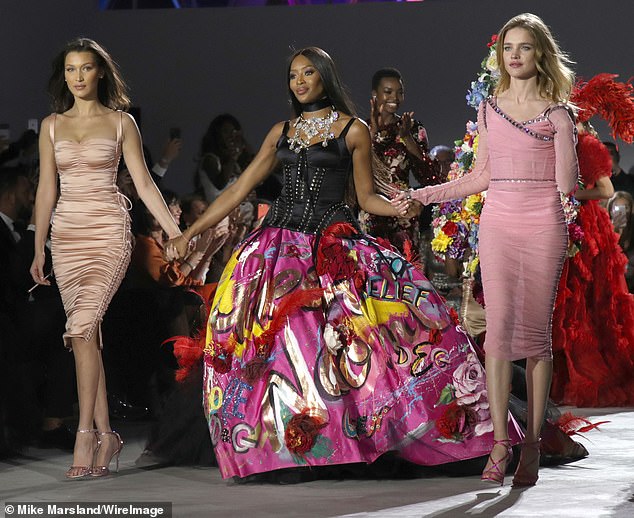 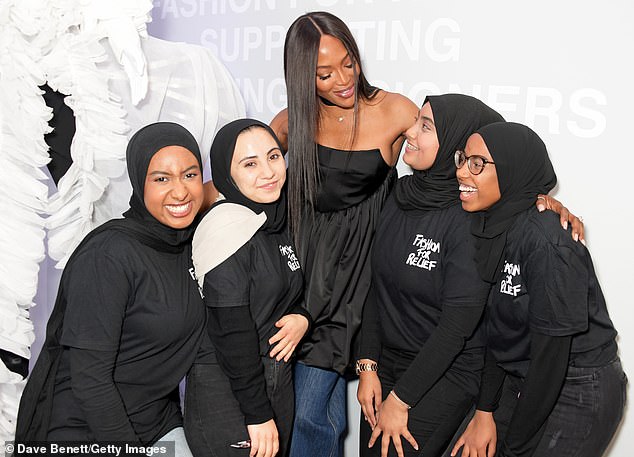 Ms Campbell at the launch of her Fashion For Relief charity pop-up store at Westfield London on November 26, 2019

In addition to the catwalk show, the event in Cannes – which coincided with the French resort’s film festival – featured a cocktail reception, gala dinner and art auction. A guest who bought one of the lots said he paid D&G Group, a corporate events firm. Time’s Up said it had no record of receiving funds from D&G.

Fashion For Relief’s latest accounts for 2018-19 say charities that benefited from its work ‘included Save The Children and the Mayor’s Fund For London’ – but do not stipulate what sums were given. It said the details will appear in subsequent filings.

Kirsty McHugh, chief executive of the Mayor’s Fund For London, which provides opportunities for disadvantaged youngsters, said it received £100,000 last year following a Fashion For Relief fundraiser at the British Museum in 2019. Save The Children said it had received £100,000 from an event in 2018.

Fashion For Relief said: ‘Fashion For Relief is a charity formed to raise awareness and funds for a number of different charitable causes, principally through the running of global, high-profile events in aid of other charities.

‘Often donations are made directly to those charities following the events and Fashion For Relief acts as a third party in respect of those donations.

‘Fashion For Relief uses the sponsorship monies and other funds it receives from partnerships to organise the events and initiatives, which include major and small events and charitable trips and visits.’

A Charity Commission spokesman said: ‘We will assess these concerns in line with our regulatory framework. We cannot comment further at this time.’