Annoyed with constant visits from the “crazy” relative, he bought himself a Mexican red-kneed tarantula and, although his wife thought the pet spider was “weird”, he claimed she had “no problem with it”.

Although the plan “worked like a charm”, the bloke was left suffering with a guilty conscience.

Under the guise of ProbablyA**holeGuy, the worried husband asked the Am I the A**hole (AITA) Reddit community if he was in the wrong for his sneaky plan.

The community is self-described as “a catharsis for the frustrated moral philosopher in all of us, and a place to finally find out if you were wrong in an argument that’s been bothering you”. 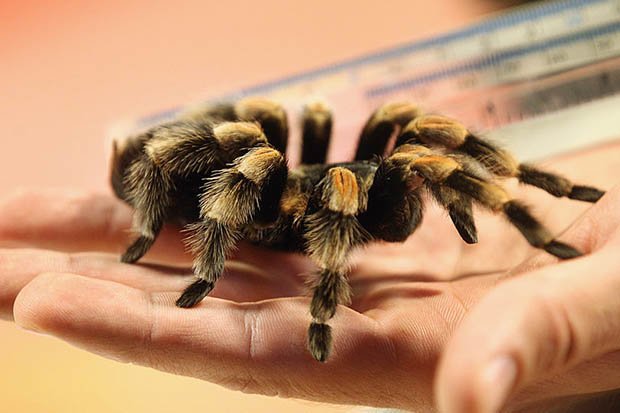 “Wife has ignored my concerns for years. To be fair, she’s in a tough spot as standing up to Chinese parents is a pain I guess.

“Anyway, mother in law is arachnophobic. A few months ago she went crazy after a spider was simply in the corner doing nothing. Panic attack and all.

“So I got the idea to get a tarantula as a way to prevent her coming so often. It’s in a big enclosure in the living room.

“Asked wife before hand if it’s okay, but didn’t tell her the motivation. Worked like a charm, the dad still comes but the mother can’t stand to be in the same house as it.

“I’m mainly asking if AITA as I wasn’t upfront with my wife. But she’s continued to ignore my concerns about boundaries for years, I don’t think I had a choice. Plus the tarantula makes a cool pet.”

Far from being the a**hole, the husband was praised for his ingenuity.

One Reddit user joked: “You are to be congratulated, hoisted on shoulders and carried around the town square for solving your problem so cleanly.