A woman who died hours after giving birth at home would have put her beliefs aside and chosen a hospital over a home birth if properly warned of the potential health complications, her mother has told a court.

Caroline Lovell, 36, died on January 24, 2012, hours after experiencing major blood loss from a haemorrhage after she gave birth to a healthy baby girl at her Watsonia home. 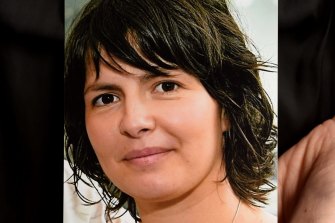 Midwives Gaye Demanuele, 59, and Melody Bourne, 44, who oversaw the home birth, are charged with manslaughter and police allege they failed to provide adequate care. The women both deny they were criminally negligent and are before Melbourne Magistrates Court for a hearing that will determine whether they face trial.

Ms Lovell had a long and traumatic experience giving birth to her first child in hospital in 2008, including a postpartum haemorrhage. But as she prepared to give birth in 2012 she also wanted to be comfortable and in control, her mother, Jade Markiewicz, told the court on Monday. 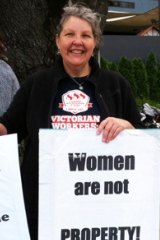 Gaye Demanuele is charged with manslaughter.

Ms Markiewicz said she would have preferred that her daughter chose a hospital birth in 2012 but didn’t push the point to avoid creating a “wedge” between them. But she insisted Ms Lovell would have chosen a hospital birth had the potential for problems been explained to her.

“She was afraid of going through that again,” Ms Markiewicz said of her daughter’s 2008 experience.

“But Caroline would not have put herself in danger. [Another] midwife said, ‘Caroline, you have a thyroid, you need to be in the hospital, it’s too risky.’ She listened to that midwife.

“If Gaye Demanuele had said ‘Caroline, this and this happened to you with [the first baby], you have high risks, we can’t agree to a home birth’, she would have listened.

“Demanuele kept telling Caroline, ‘You have no high risks.’”

Prosecutors allege Ms Demanuele and Ms Bourne were provided with medical records from Geelong Hospital which included references to the complications Ms Lovell experienced in 2008. 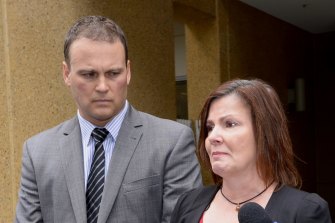 Jade Markiewicz and her lawyer outside the Coroners Court in 2016.Credit:Penny Stphens

Ms Lovell lost consciousness as she sat in an inflatable pool in her lounge after the 2012 birth.

Prosecutors allege she “begged” for an ambulance to be called and told the midwives, “I’m dying.” An ambulance was called after she lost consciousness again. 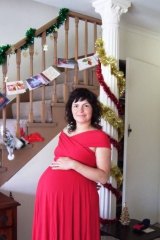 She died in hospital. An autopsy found a postpartum haemorrhage caused a cardiac arrest.

An earlier inquest was told Ms Demanuele estimated Ms Lovell lost 400 millilitres of blood, a figure 100 millilitres below the amount that would indicate a haemorrhage had occurred.

Ambulance paramedic Maree Daley on Monday acknowledged it was difficult to determine how much blood discoloured the water in the pool, but recalled the liquid she saw was dark.

“It was either a dark-bottomed pool or there was more than 500 millilitres of blood in that pool,” she said.

The paramedic said a conversation with the midwives, when they told her they didn’t take Ms Lovell’s blood pressure because they didn’t have the equipment, was “burnt on my brain”.

“That was a shock to me … to be told there was no blood pressure machine,” Ms Daley said.

Ms Markiewicz raised her voice on Monday as she recalled her discomfort at seeing Ms Demanuele and Ms Bourne on Australia Day 2012 – two days after Ms Lovell’s death and that neither midwife offered condolences. Ms Markiewicz said her daughter’s in-laws accused her of “wanting someone to blame” by asking questions, and that Brenda Lovell – Caroline Lovell’s mother-in-law – became enraged when the word “investigation” was raised.

Brenda Lovell and Nick Lovell – Caroline’s husband – last week denied a suggestion they were involved in a “conspiracy” to protect the midwives.

Ms Markiewicz on Monday said she had a “close but complex” relationship with her daughter, but magistrate Peter Reardon soon called an end to questions about the inter-family bonds.

“It’s going to go down to whether they [the midwives] were negligent at the time, not who liked who more,” Mr Reardon said.

The hearing is to run all week and into next week.