A killer's mother tried to have her son committed in the weeks before he murdered his girlfriend in a Chinatown laneway.

Christopher Allen Bell, 33, told the Supreme Court on Wednesday that his mother attempted to have him placed in forced psychological care for his various mental health issues, including symptoms of schizophrenia. 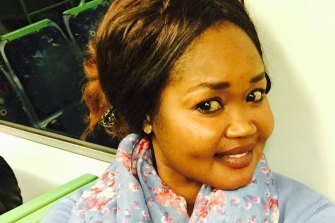 "Mum was trying to have me sectioned so I couldn't leave, but I was self-admitted," he said.

Bell told the court that because he had admitted himself to the Flynn Unit at Latrobe Regional Hospital in Traralgon, he was able to check himself out. A week later his girlfriend, Natalina Angok, was dead.

Bell admitted to killing Ms Angok in a Chinatown laneway last April and told the court he was “remorseful” despite not calling for help, going to the casino and eating a souvlaki in the hours after her murder.

With a shaved head and wearing a green T-shirt, Bell took the stand in his own defence during a hearing to determine his sentence for murdering Ms Angok in April last year. 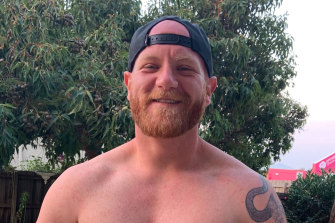 Christopher Allen Bell has pleaded guilty to the murder of girlfriend Natalina Angok.

Bell admitted to strangling Ms Angok, 32, and abandoning her body in Celestial Avenue, near Little Bourke Street, where she was found next to her handbag and a cracked phone just after 6.30am.

He told the court via videolink that he regretted the killing “pretty well immediately after I had come to my senses”.

But prosecutor Jeremy McWilliams contested the assertion, saying that if he had genuinely felt remorse at the time he would have called an ambulance or turned himself in to police.

“You left her dead in an alleyway,” Mr McWilliams put to Bell.

“If you had taken one single step which evidenced some sort of remorse at the time rather than buying cigarettes, gambling at the casino, buying a bottle of wine and eating a souvlaki, there might be some force behind what you say.

“You regret your position, but you have no remorse for killing Ms Angok, what do you say?”

With his head held down, Bell replied: “That’s not true".

After the hearing adjourned, Bell cupped his face in his hands and buried his head between his knees.

Ms Angok's half-sister Sabrina said she felt guilt for not being more insistent that she permanently break up with Bell after Ms Angok expressed a fear that “someday [Bell] will kill me”.

“She told me ‘this man will kill me one day’. I remember telling her to leave you,” she told Bell.

“Everyday when I wake up I feel sad, hurt and somewhat confused. Nothing makes sense anymore”.

Justice Lex Lasry said the incident for Bell came as a “tragic climax to a pattern of violence against partners over a number of years and over three relationships”.

“[It was] evidently accentuated by the accused's man’s diminishing mental health and the increasing effect of the mixture of his schizophrenia with the consumption of drugs and alcohol,” Justice Lasry said. 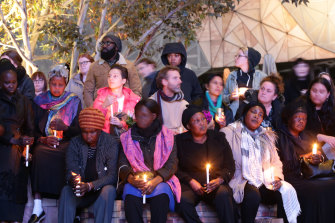 Rohan Lawrence, for the defence, said Bell had not pleaded guilty at an earlier opportunity because they were investigating whether he might plead not guilty by reason of mental impairment.

The court heard that DNA belonging to Bell was found under Ms Angok’s fingernails. Detectives went to the Space Hotel where Bell was living at the time and noted a scratch to his neck.

Bell has served 511 days of pre-sentence detention and will remain in prison until he is sentenced at a later date.