A MUM has been left terrified after a baby monitor captured a "ghost" visiting her sleeping newborn baby.

Cheryl Scott, 39, believes a friendly apparition turned on a bedroom light to make the baby monitor spin around in the spine-tingling footage taken in Drongan, East Ayrshire. 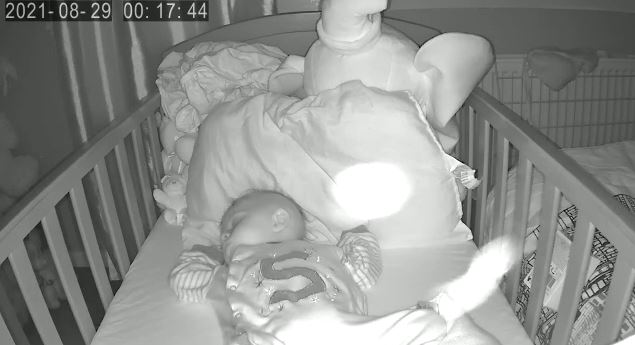 Two white orb-like objects are seen looming over five-month-old Scott Thorrat as he sleeps in the crib.

Scott's dad Robert insists the blobs have "never been there before".

The baby monitor camera then suddenly spins around to face a bright light, which the couple say was not switched on.

Scott told the Sun: "Basically the baby monitor was telling us there was movement.

"Because we were both sleeping we hadn't seen it at the time."

"What happened this week has just been astronomical."

Robert claims there is a clear "arm" over the crib in the footage, taken on Saturday but not seen until they reviewed the clip days later.

Cheryl told the Daily Record: "It's as if you can see a hand waving between the chest of drawers and the cot.

"I definitely think a ghost visited. Robert didn't believe in ghosts but now he's not so sure."

The property was previously lived-in by Cheryl's grandparents, but they sadly died several years ago.

She has theorised they may be the baby's ghostly visitors. 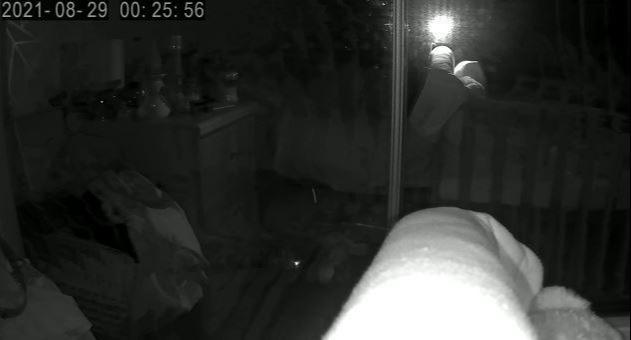