A MUM was left in agony after sealing her EYE shut – by mistaking nail glue for hayfever drops.

Katie Beith, 35, was hit with burning pain after plonking the super-fast-drying glue into her right eye while watching a Place In The Sun. 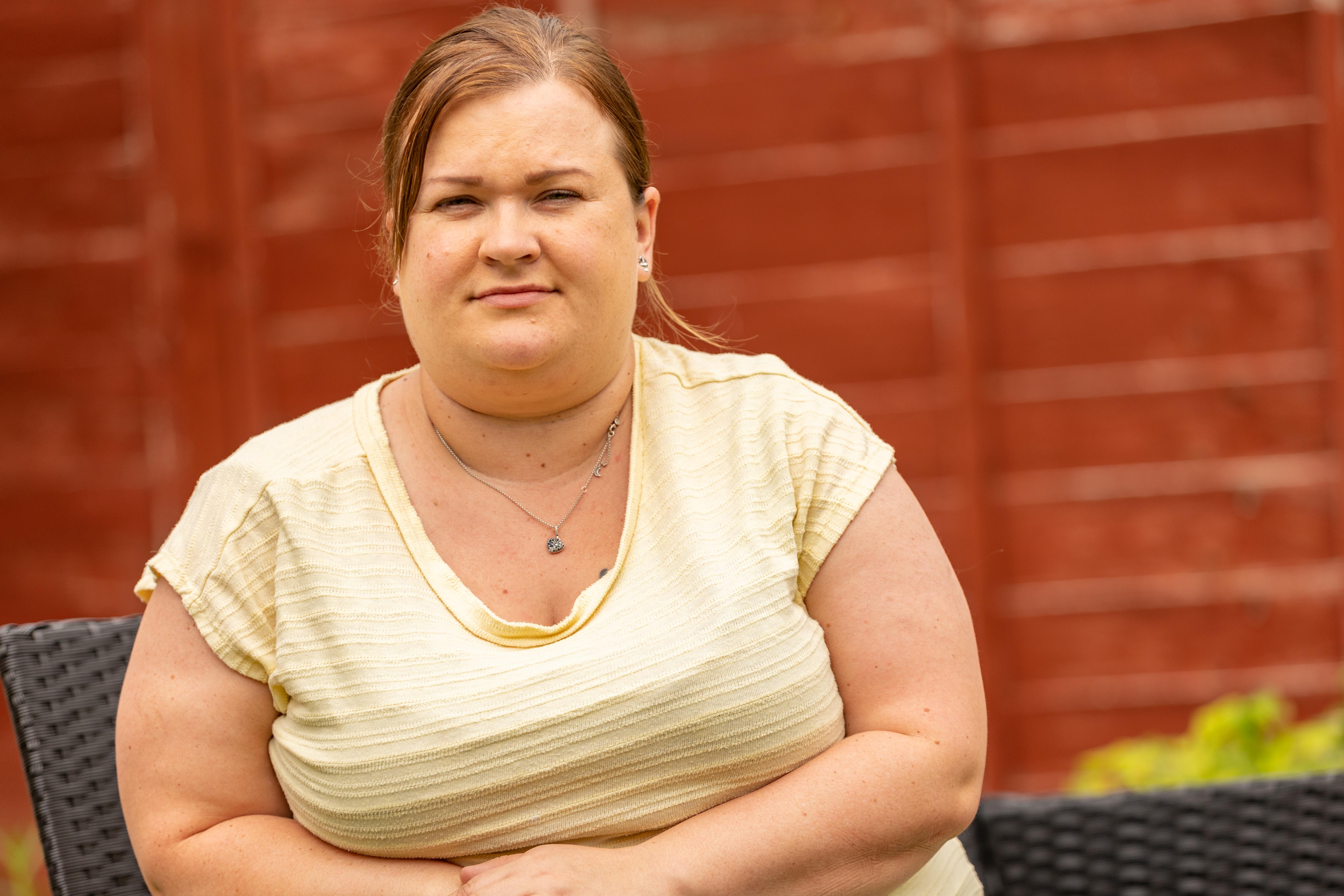 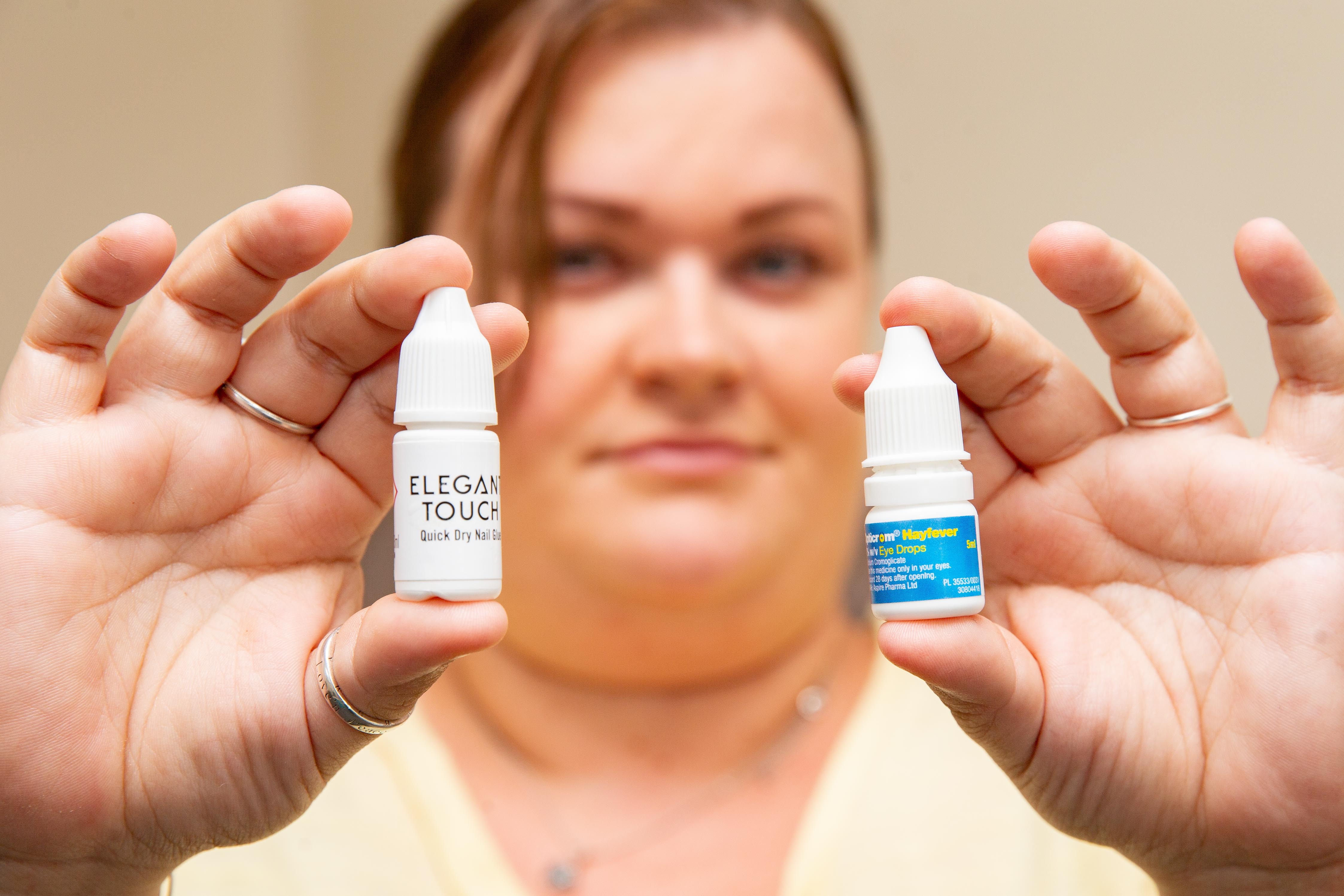 She needed urgent medical attention after absentmindedly applying the false nail adhesive at home in Chatteris, Cambridge around 4pm on Wednesday.

The high pollen count had aggravated Katie’s hay fever – but when she reached for a solution she picked up the wrong bottle.

Katie said: “My eye was really itchy from hay fever. So I thought I would go and put some drops in quick.

“I couldn’t find them in my bag.

“I looked on the side and there was the same bottle so I just grabbed it quick, went to the mirror to put them in, and I put the tiniest amount.

“I thought, ‘Ooh, that burns. My eyes must be really sore’. “Then I put another drop in for good measure and I thought ‘that really burns’.

“I instantly looked at the bottle, ran to the kitchen and started rinsing. It was really painful.”

Hayely rushed to her neighbour’s home for help, bringing her five-year-old daughter, Pippa. 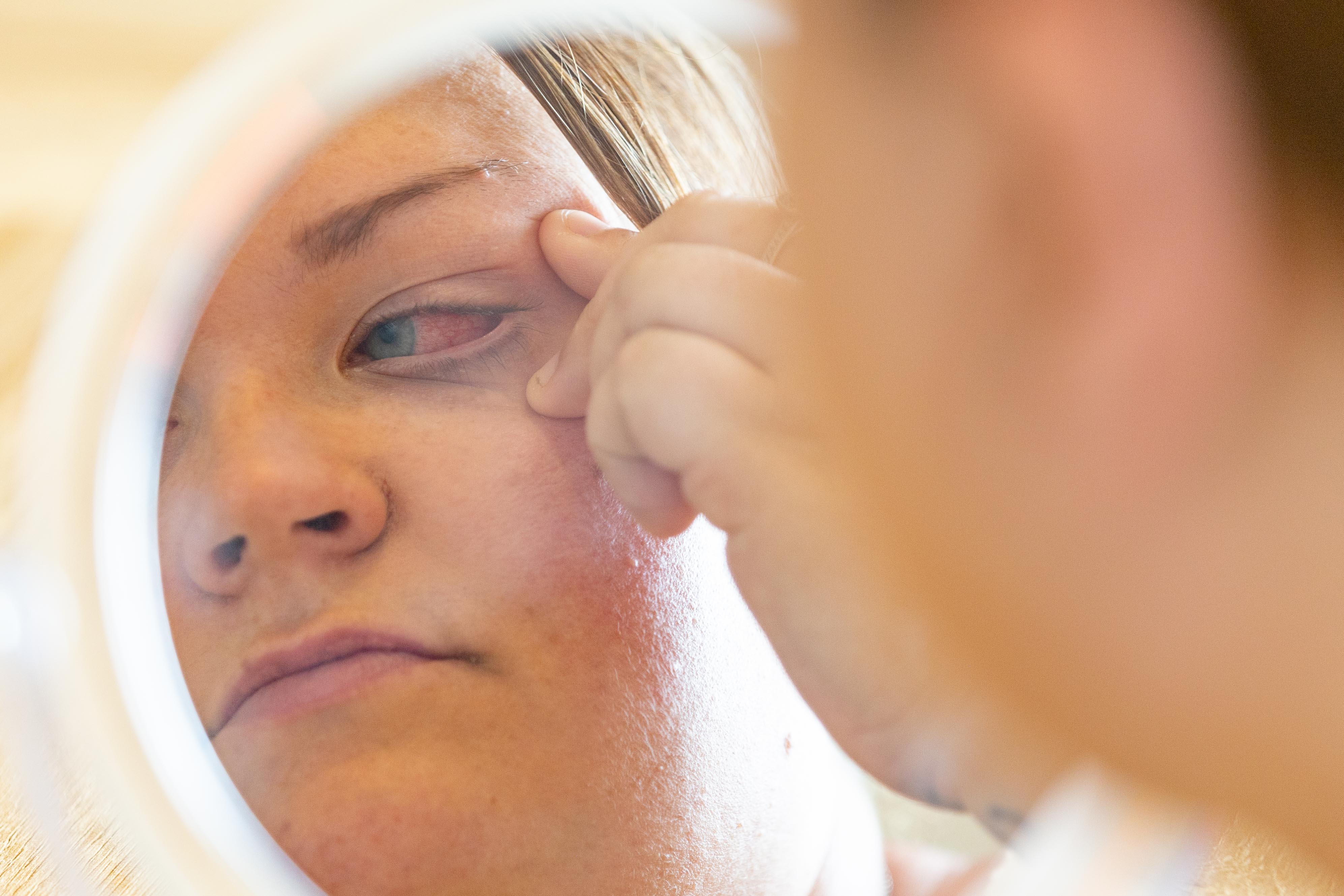 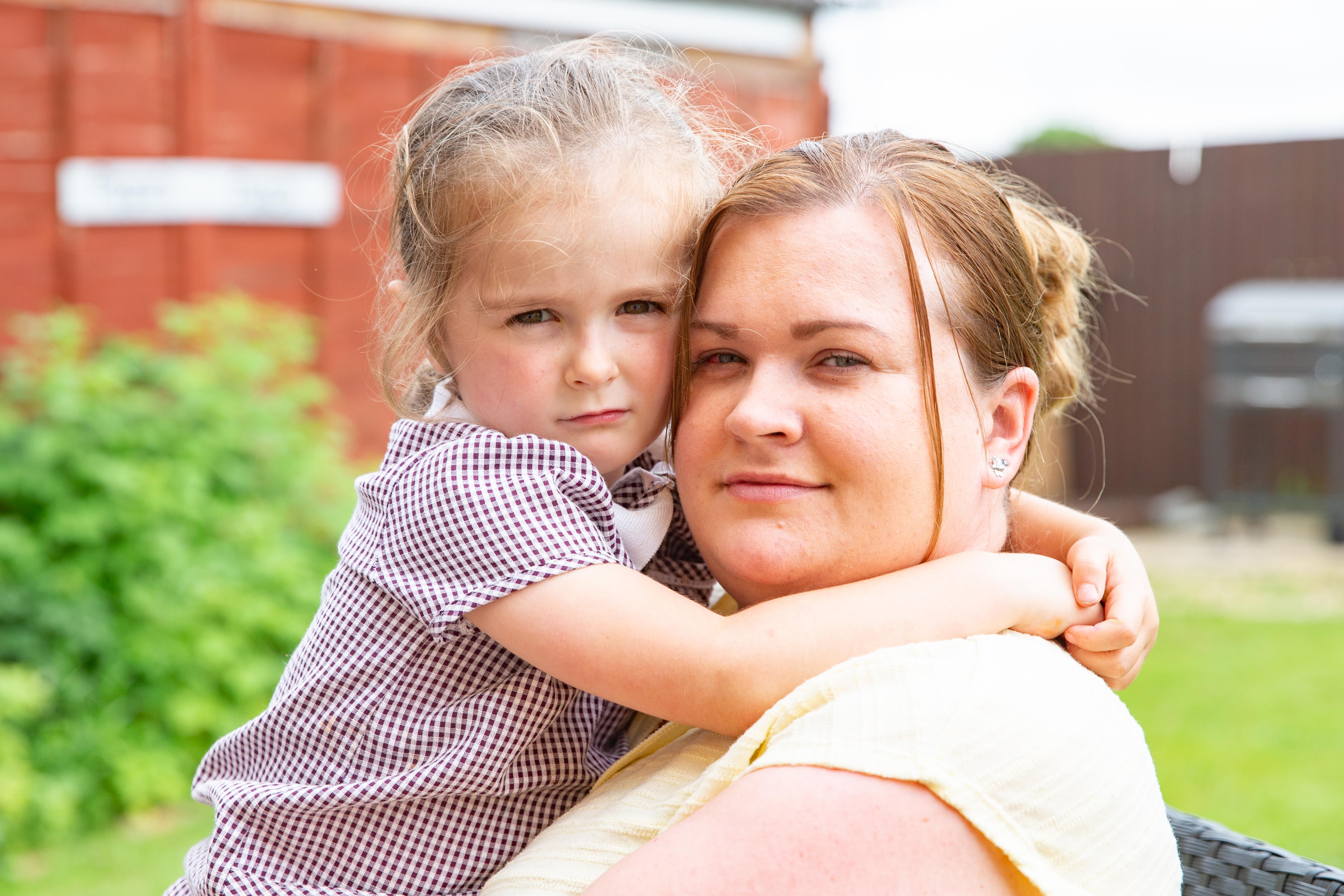 The mum-of-one and step-mum-of-two was bundled into her neighbour’s car and driven 15 miles to a minor injuries clinic in Ely.

Astonishingly, a patient had just been in for medical treatment having also glued their eye shut.

Katie said: "The doctor said in seventeen years she had never seen this happen and they had someone an hour before me who did it as well.

“Unfortunately, they can’t do a lot, just put hot water on a cotton pad and rub it gently.

It was so random it was there. I thought it was eyedrops because I had no reason to think otherwise

“It was really painful. Last night, it did open, and when I looked there was a lump of dried glue under my eyelid.

“I had to try and work it out. Every time I looked to the rightI would scratch my eye and it would be really painful.

“It was very much a burning sensation..”

Her eye finally came unstuck and reopened around 9.30pm, but was lefy "bloodshot, swollen and painful".

Katie joked that the shock had given her PTSD – and later binned the offending bottle of nail glue.

Katie said: “I haven’t put any false nails on for months. It was just randomly on the kitchen side.

“Where I put my bag I thought it had fallen out and my husband had picked it up and I had moved it.

“It was so random it was there. I thought it was eyedrops because I had no reason to think otherwise.

“It’s just a plain white bottle. They look so similar. Because I was trying to watch this stupid TV programme I missed it.”

The rise in popularity of fake nails in the 1980s saw an increase in the number of times nail glue was mistaken for eye drops.