HARARE (Reuters) – The body of Zimbabwe’s founder Robert Mugabe was expected to arrive at the country’s main airport later on Wednesday, but his final resting place remained a source of mystery amid a dispute between some family members and the government. 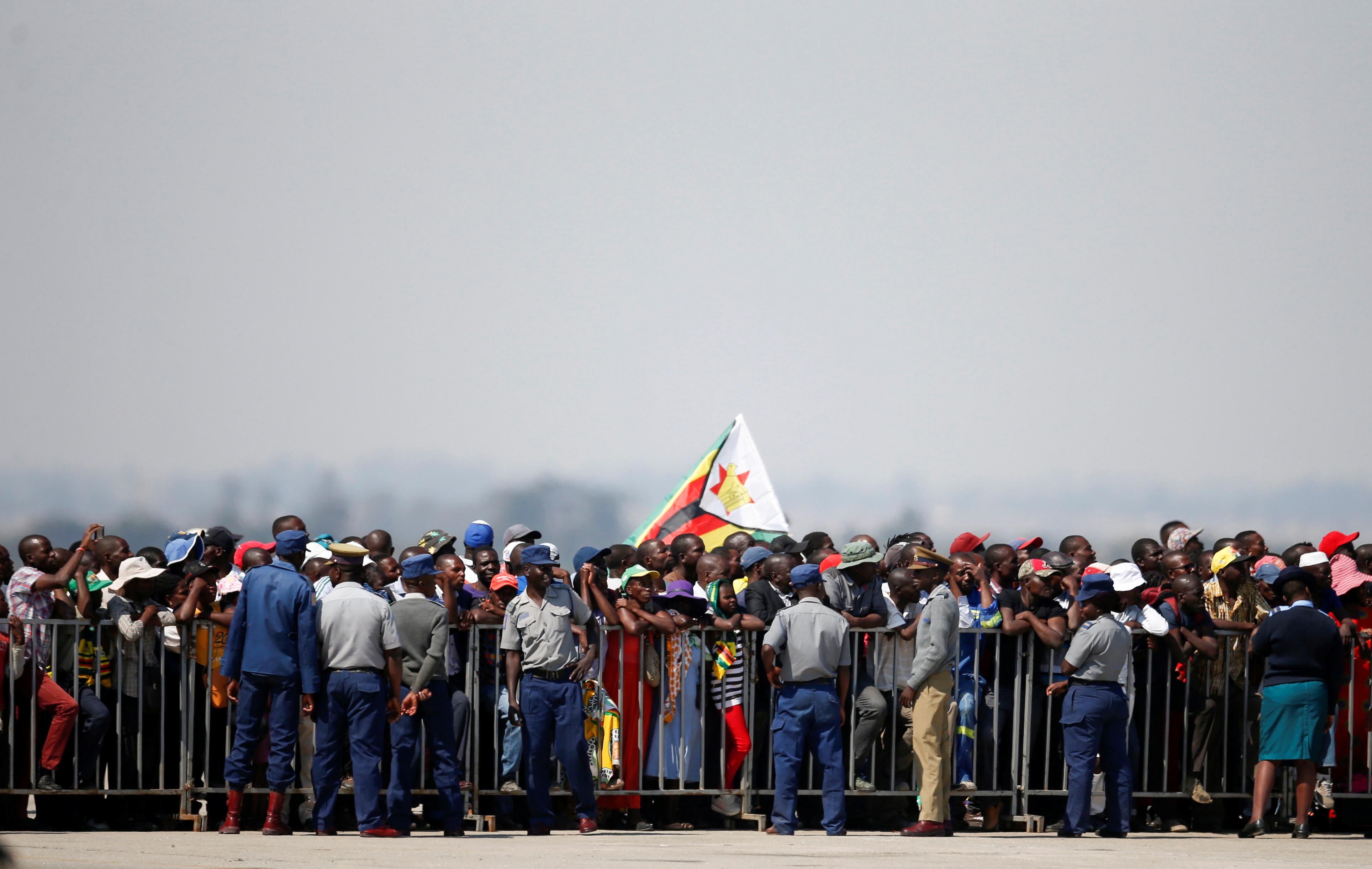 Mugabe, one of the last “Big Men” of African politics who ruled the southern African nation for 37 years until he was ousted by his own army in November 2017, died in a Singapore hospital five days ago.

He is proving as polarizing in death as he was in life, as the fight over where he will be buried threatens to embarrass his successor, President Emmerson Mnangagwa, and deepen divisions in the ruling ZANU-PF party.

Leo Mugabe, a nephew and family spokesman, said the former president’s body was expected to arrive by airplane at the domestic terminal of Harare’s Robert Gabriel Mugabe International Airport around 1300 GMT.

Crowds had gathered at the airport an hour before the scheduled arrival time, with some people wearing T-shirts bearing Mugabe’s face and others with Mnangagwa’s image, while music blared from loudspeakers.

A convoy of 4×4 vehicles with number plates bearing the letters “RG Mugabe” and the former leader’s signature were also on the runway.

Mugabe’s wife Grace and Zimbabwean Vice President Kembo Mohadi were among those accompanying the body of the former leader on the plane, Leo Mugabe said. Mnangagwa, top officials and other Mugabe family members were expected to receive the body at the airport.

Leo Mugabe declined to say where Mugabe would be buried, saying only that on arrival his body would be taken to his palatial home in the capital, known as Blue Roof.

On Thursday, ordinary Zimbabweans and supporters are expected to pay their last respects to Mugabe at a Harare soccer stadium, where the body will lie in state before being taken to his rural home in Kutama, 85 km (52 miles) from the capital, he added.

Mnangagwa and his party want Mugabe buried at a national monument to heroes of the liberation war against the white minority Rhodesian regime.

But some of Mugabe’s relatives have pushed back against that plan. They share Mugabe’s bitterness at the way former allies including Mnangagwa conspired to topple him and want him buried in his home village.

A government minister said on Tuesday the burial was still planned for Sunday, a day after a state funeral. But the minister said Mugabe’s burial site would only be known once the body had arrived and government officials had consulted with the family.

Mugabe left behind an economy wrecked by hyperinflation, dollarisation and deeply entrenched corruption, and a raging political rivalry between ZANU-PF and the opposition MDC.

The MDC said in a statement on Wednesday that it had postponed its 20th anniversary rally because of Mugabe’s funeral. It said: “Notwithstanding our legendary differences with Mr. Mugabe, we have no reason to exhibit barbarity by hosting a national festivity during his funeral.”