New York: It's a scene straight out of a Bob Woodward tell-all book: Donald Trump, slumped in his chair, discovers that a special counsel has been appointed to probe the 2016 election.

"This is the end of my presidency," Trump declared in May 2017, according to Robert Mueller’s final report. “I’m f—ed.” 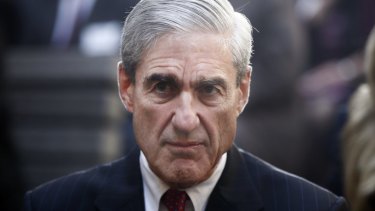 Almost two years after his probe began, Mueller's report has finally been released to the public. While it clears the President of colluding with Russia to win an election, its depiction of the president is deeply unflattering.

Trump emerges as a serial liar who meddled with independent investigations and quite possibly obstructed justice from the White House.

Yet Trump's presidency isn't close to being at an end – a fact that can be attributed to four key players in the saga: Trump, the media, his attorney-general and Mueller.

As Mueller notes in his report, many of Trump's most disturbing actions – like discouraging witnesses from co-operating with the investigation – "took place in public view".

Obstruction of justice usually occurs in secret; in this case, the most powerful person in the country seemed to be engaging in witness tampering via Twitter.

Because of the unusually public nature of Trump's behaviour, much of Mueller's report won't come as a surprise to anyone who is relatively politically engaged.

Americans decided long ago if they believe Trump's social media habits are appropriate or not. Mueller's report won't change their minds. 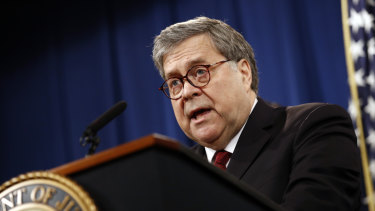 Mueller also examines Trump's private actions, but most of the episodes in question are not surprising either because of media outlets like The New York Times and The Washington Post.

We already knew that Trump was pursuing a major construction project in Russia until well into the 2016 election campaign despite denials at the time. We knew that Trump lied about the real reason for a famous 2016 Trump Tower meeting involving his son and a Russian lawyer.

We knew that Trump tried to pressure FBI Director James Comey to drop an investigation into his former national security adviser, and we knew he asked White House counsel Don McGahn to help fire Mueller.

Mueller's report largely vindicates the work of media outlets that Trump regularly derides as "fake news". But because we were already aware of many of key incidents discussed in Mueller's report, its arrival was less explosive. 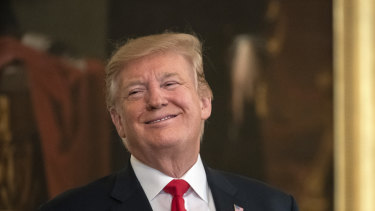 "Barr has gone too far into tank for the President of the United States," former US attorney Chuck Rosenberg said after his press conference. "I am disappointed. I am chagrined."

But if Mueller had delivered a definitive verdict that Trump committed a crime, no amount of spin from Barr could have covered it up.

A substantial number of Democrats in Congress, cheered on by the party's progressive base, would now be demanding impeachment hearings.

Instead, Mueller cleared Trump on collusion and refused to say whether he believed he obstructed justice. In this context, it would be madness for Democrats to pursue impeachment: it would divide their party, unify Republicans, alienate independent voters and wouldn't force Trump from power.

Speaking after the release of the report, the Democrats' House majority leader Steny Hoyer said: "Based on what we have seen to date, going forward on impeachment is not worthwhile at this point.

"Very frankly, there is an election in 18 months and the American people will make a judgement."

At the end of the Mueller probe, Trump is hardly exonerated but his presidency remains very much alive.