Wheel you marry me? Heart-pounding moment mountain biker fakes a crash so he can surprise his girlfriend with proposal

This is the moment a professional mountain biker pretended to crash land after flying off a massive jump during a race in an elaborate marriage proposal.

Spanish bike rider Bienvenido Aguado enlisted his friends in the stunt to fool the rider’s girlfriend Marta that he suffered a major accident on the course in Mexico.

He and his friends filmed Marta rushing over to see Bienvenido lying ‘injured’ on the ground. As she crouches down he lifts himself up onto one knee and presents her with an engagement ring. 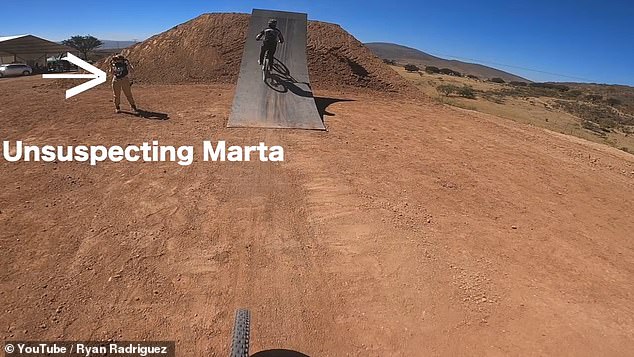 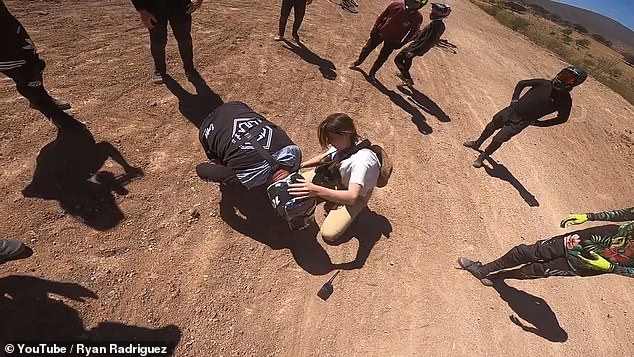 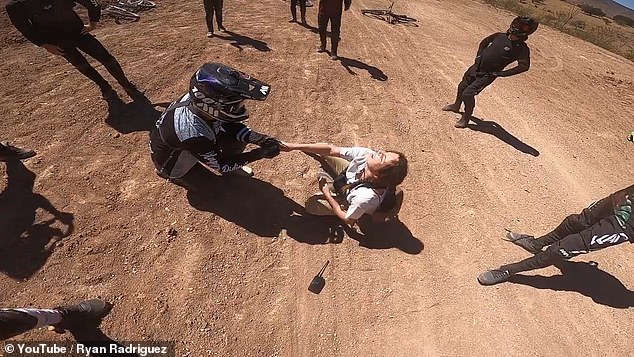 Suddenly he springs up to onto one knee, presents the ring and proposes to a delighted Marta

The team behind the stunt had told Marta to wait by one of the largest jumps on the course so she could film the riders coming over it.

All of the racers – including Bienvenido – make the jump safely, however several of them stop and the groom-to-be lays down on the ground feigning injury.

The riders signal to Marta urgently, claiming her Catalan boyfriend has been injured.

She runs past the 20ft-high jump towards the dirt track, where several other riders are surrounding her boyfriend.

As Marta leans over her boyfriend, he rises up and presents the ring, causing a highly emotional reaction.