The US national memorial is centred on a colossal sculpture created by Gutzon Borglum almost 80 years ago. Carved into the granite face of Mount Rushmore, it features the 60-foot heads of former Presidents George Washington, Thomas Jefferson, Theodore Roosevelt and Abraham Lincoln. They were chosen to represent the nation’s birth, growth, development, and preservation ‒ but they were also supposed to be even more grand.

Incredible unearthed images show the original models created by Mr Borglum, with each president depicted from head to waist.

The sculptor had also envisioned an entablature – 35 metres high and 24 metres wide – in the shape of the Louisiana Purchase, to the right of the presidents.

He launched a contest, calling for Americans to submit inscriptions to be etched into it.

Mr Borglum planned for a grand staircase, built from the rubble blasted from the mountain, to climb from the base to a Hall of Records – a not-so-secret passage behind the presidents’ heads. 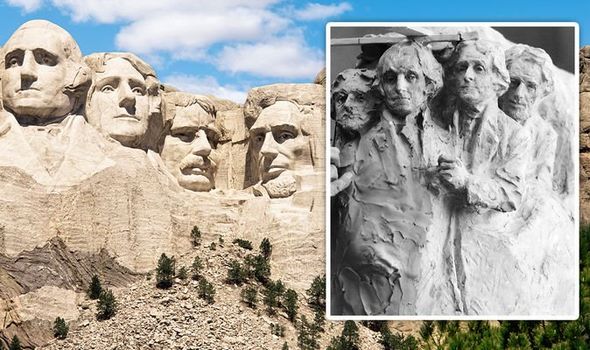 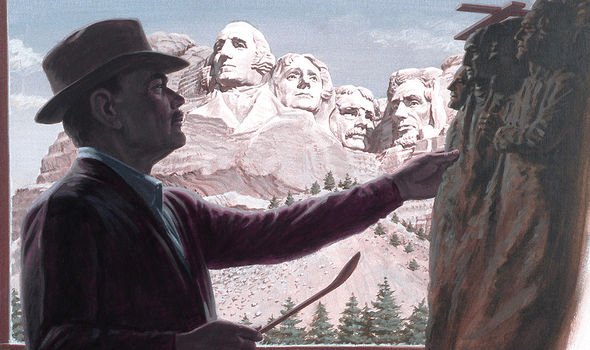 Unfortunately, it was all too ambitious.

The project took 14 years to finish and with Mr Borglum’s death in March 1941, his son Lincoln took over as leader of the construction project.

Lack of funding forced construction to end on October 31, 1941, ultimately with what still stands today.

South Dakota historian Doane Robinson is credited with conceiving the idea of carving the noted figures into the mountain.

His initial idea was to sculpt the nearby Needles, but Mr Borglum rejected the proposal because of the poor quality of the granite. 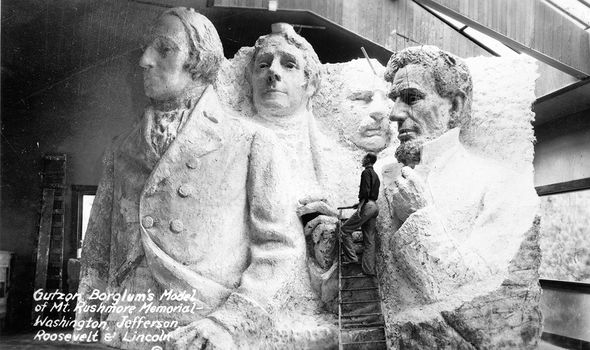 Even if he could feasibly do it, Mr Borglum reportedly told Mr Robinson that the “figures on those granite spikes would only look like misplaced totem poles”.

A year later, in 1925, Mr Borglum scouted the area surrounding Harney Peak for a mountain or piece of granite that was solid enough to hold a figure.

A state forester recalled in 2011: “As an artist, he was very interested in light and making sure that the morning sunrise hit the face of the granite.”

He is said to have instantly warmed to Mount Rushmore.

Hours after he laid eyes on it, Mr Borglum told the Rapid City Journal that there was “no piece of granite comparable to it in the US”. 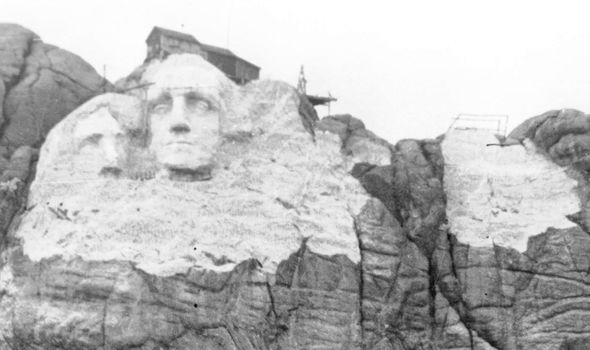 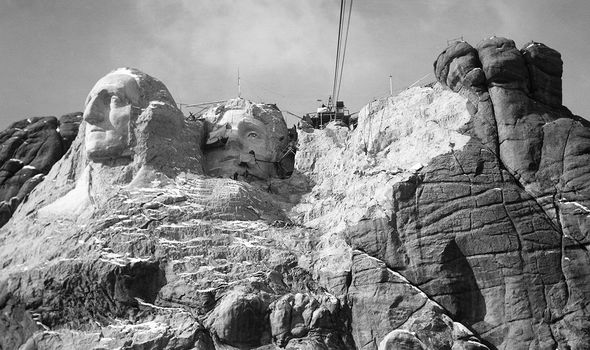 And geologists agreed it was a good choice.

Lincoln Borglum wrote in his 1976 book ‘Borglum’s Unfinished Dream: Mount Rushmore’ that “they assured the sculptor that the ancient granite was extremely hard and incredibly durable and that the fissures were probably only skin deep”.

Mr Robinson is said to have envisioned sculpting heroes of the Wild West – Red Cloud, Meriwether Lewis and William Clark, Buffalo Bill Cody, among others.

But once Mr Borglum saw the impressive mountain he apparently started to rethink the idea.

He said in 1927: “I want to create a monument so inspiring that people from all over America will be drawn to come and look and go home better citizens.” 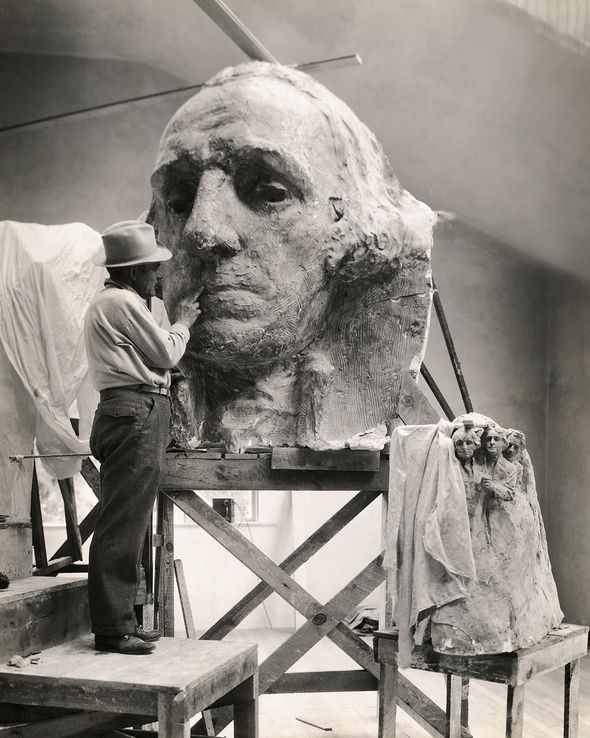 He wanted Mount Rushmore to represent the first 150 years of the nation’s history, and so decided to carve portraits of four key presidents into the granite.

And his memorial now covers more than two square miles.

He believed art should be “built into, cut into, the crust of this Earth so that those records would have to melt or be worn to dust before the record perished”.

It appears he got his wish, even if it is not quite as extravagant as hoped.