Motorists are bracing themselves for chaos on the roads this evening as the RAC warns they could face delays of around three hours.

Today and tomorrow are set to see an estimated 20 million leisure trips, with around 2.5 million hitting the roads today alone.

Motorists are being warned to expect ‘significant congestion on major roads’ including the M25, M6 and M40 which are already seeing lengthy tailbacks.

Drivers across London are facing lengthy delays which are set to be compounded at rush hour as workers finish for Christmas. 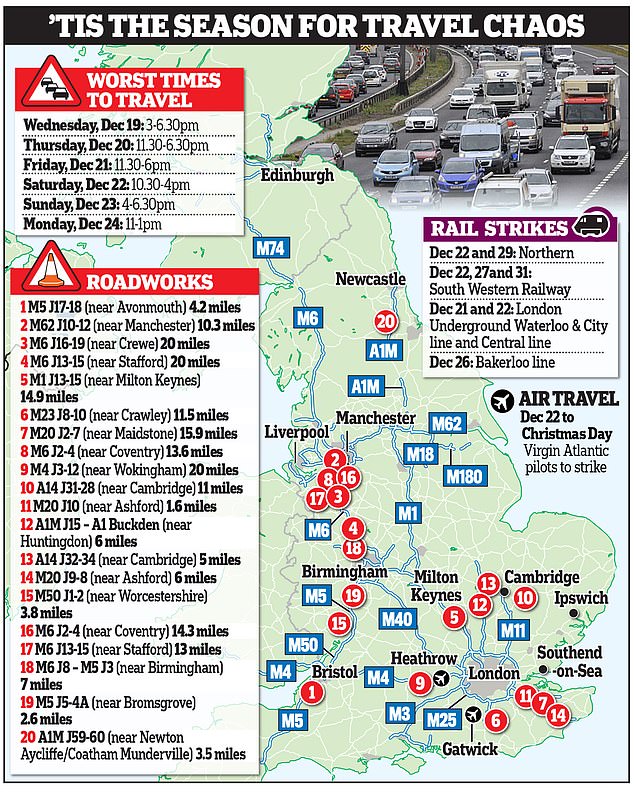 With rail strikes, roadworks and holiday traffic to contend with, travelers are warned to allow extra time for their journeys 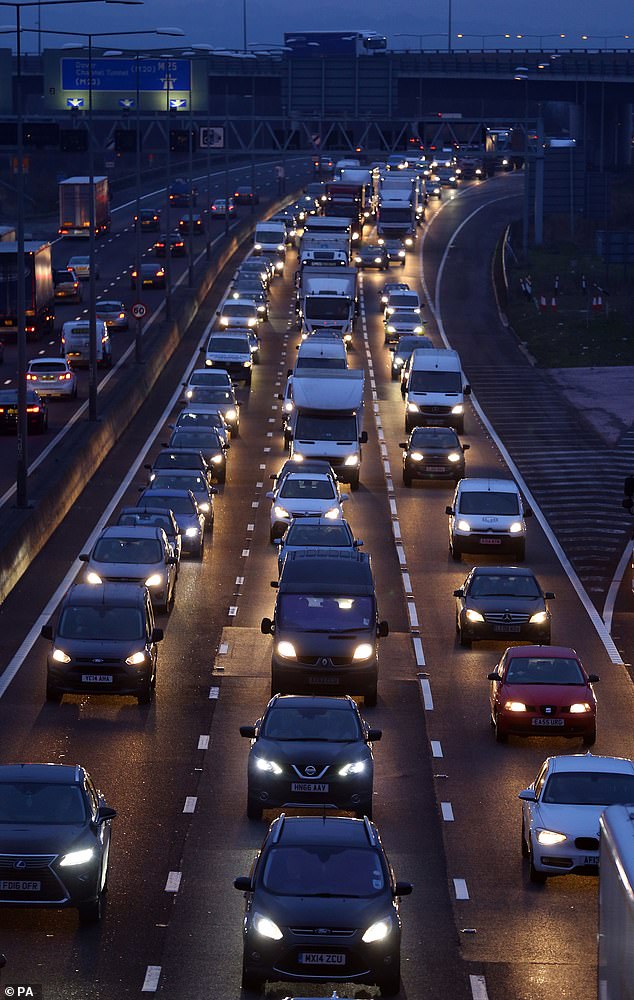 The M25 motorway near Dartford in Kent. The worst hotspots for Christmas getaway jams have been identified by traffic experts 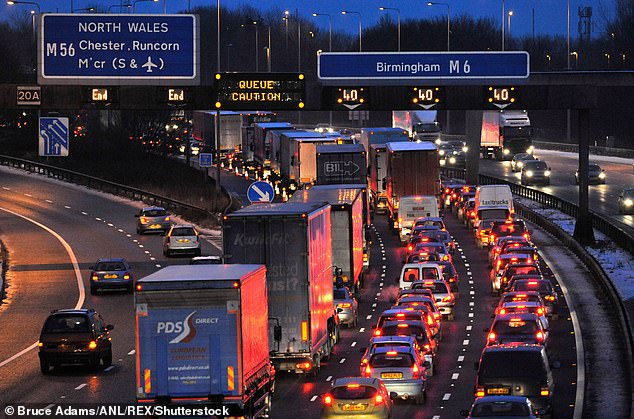 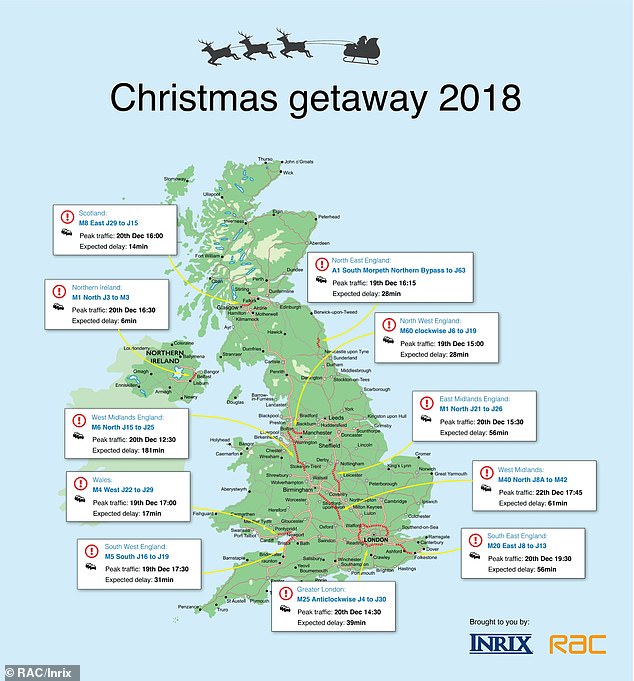 Motorists are being warned to expect ‘significant congestion on major roads’ including the M25, M6 and M40 which are already seeing lengthy tailbacks 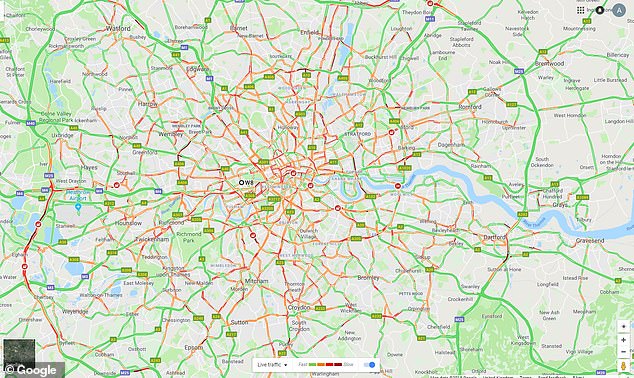 Images from Google maps shows traffic (in red) already covering London, the M40 and the M25 this afternoon 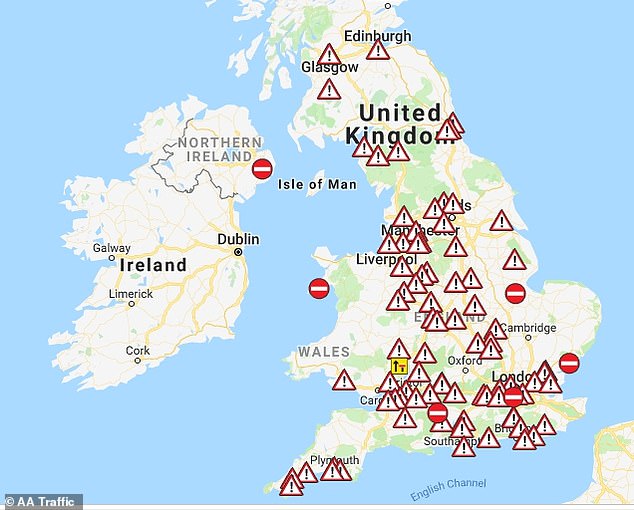 This map from the AA shows traffic across the UK, with congestion on major motorways this afternoon

Thursday and Friday are expected to be the worst days for congestion, with 2.5 million and 2.8 million vehicles respectively making leisure trips while battling for road space with regular commuters.

Friday could see part of the southbound M40 could see drivers queuing for more than 90 minutes, according to the RAC.

Drivers are being advised to use alternative routes or wait until 8pm before setting off to avoid the worst queues.

Experts say most drivers setting out mid-morning, with traffic becoming heavier over the course of the afternoon and into the evening.

Commuters, last-minute shoppers and online deliveries will contribute to clogging the roads. 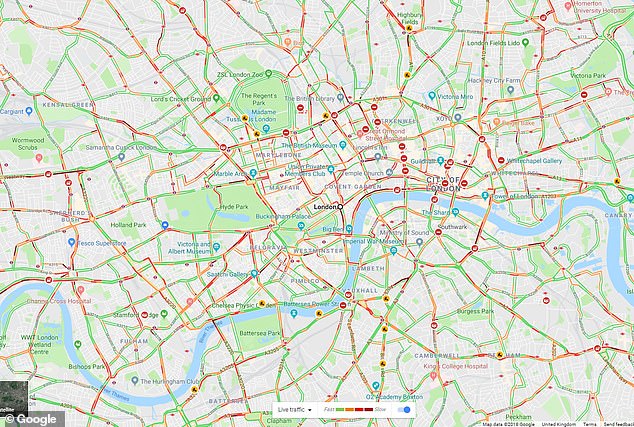 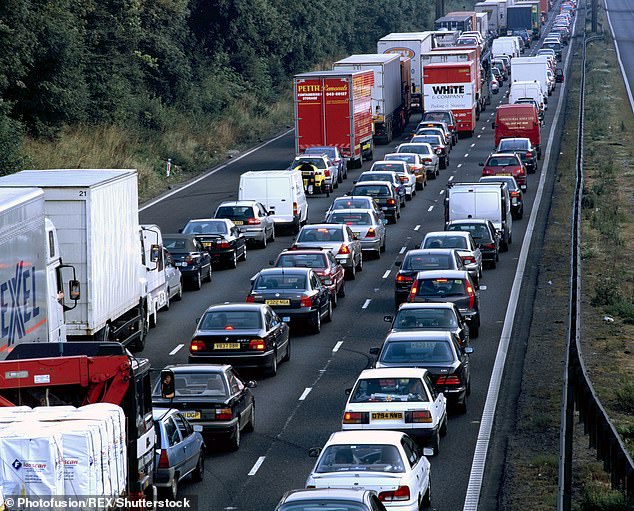 The anticipated jams will be compounded by extensive disruption to the rail network, with planned engineering work and strikes forcing more people on to the roads over the festive period.

Strikes are likely to affect routes run by Northern Rail and South Western Railway, while Network Rail is planning extensive engineering work on lines running into major stations such as London Paddington and London Victoria.

When it comes to pure leisure journeys over Christmas, traffic is likely to peak on Boxing Day when some 6.8 million individual trips will be made as drivers cross the country to see family and friends, followed by Thursday 27th December when 4.4 million journeys are expected to be taken.