Mother, 27, whose five-month-old baby son drowned in the bath after she left him alone for four minutes to make a phone and call and use WhatsApp is jailed for 22 months

A mother whose five-month-old son slipped off a baby seat into the bath and drowned in 13cm of water after she left him alone for four minutes to make a call and use WhatsApp was today jailed for 22 months.

Simone Perry was found guilty of gross negligence manslaughter last month after jurors heard she left Renzo Lake in the bathroom at her Northamptonshire home on January 27, 2019, assuming he would be safe.

On discovering that the baby had slipped into the bath and drowned, the 27-year-old called emergency services and tried to resuscitate him.

Northampton Crown Court heard Perry told paramedics she left him alone for four minutes and that it was her fault. She then gave an account of events to a number of doctors but omitted to tell them about using the phone.

Perry initially denied using a phone in a police interview, the court heard, a lie the judge said was a deliberate attempt to mislead the investigation. 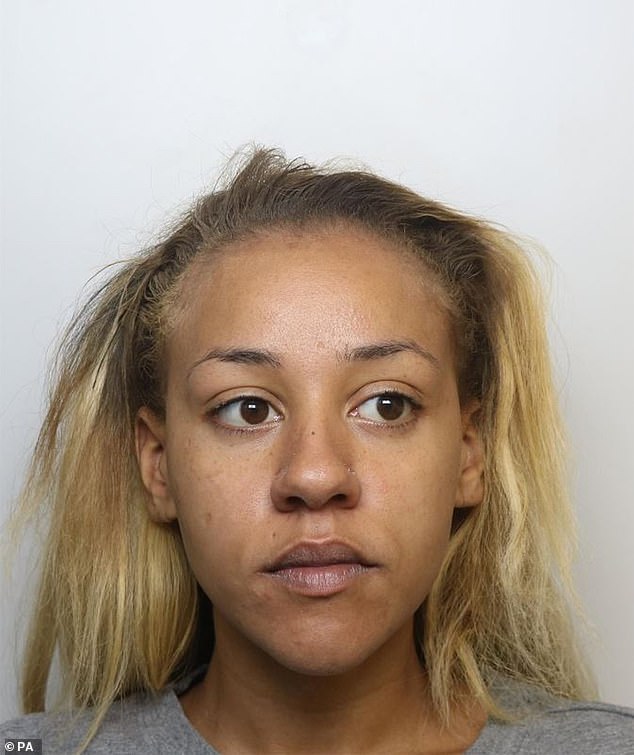 Simone Perry was found guilty of gross negligence manslaughter last month after jurors heard she left Renzo Lake in the bathroom at her Northamptonshire home on January 27, 2019

‘When the paramedics arrived you told them that you had left your baby for about four minutes… and it was your fault.

‘Subsequently you gave an account of events to a number of doctors but you omitted to tell them about using the phone. I am sure that was because you knew you had allowed yourself to be avoidably distracted.’

Judge Lucking added: ‘I am satisfied that you remain in denial of your responsibility for your son’s death and your lies were in part a reflection of the fact that you have not yet accepted that you are responsible for the death of your baby.

‘This is an extremely serious offence resulting in the death of a baby and the consequences were completely avoidable.

‘In my judgment, tragic though your situation is, I would be failing in my public duty if I did not impose an immediate custodial sentence. 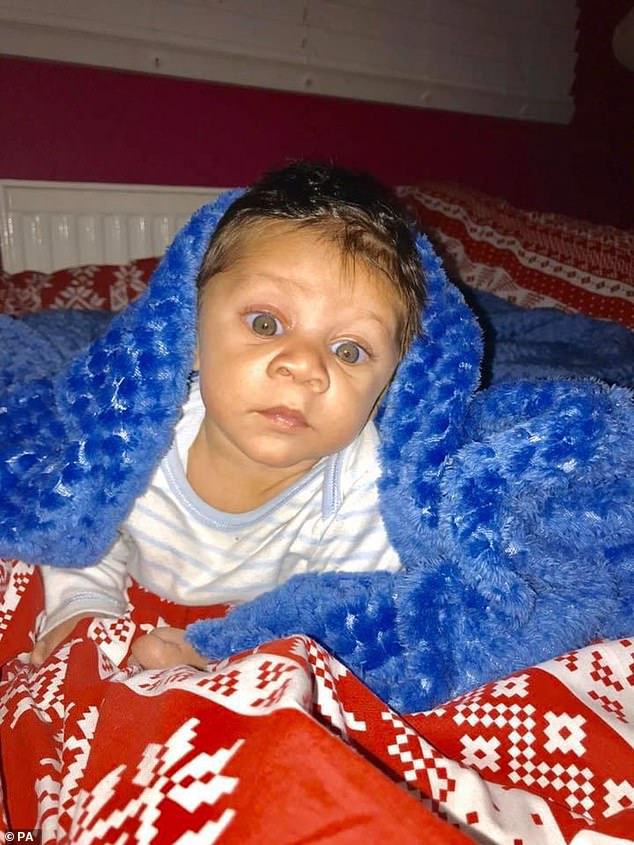 On discovering that the five-month-old (pictured) had slipped into the bath and drowned, Perry called emergency services and tried to resuscitate him

‘Babies and young children are at serious risk of death or grave injury if left unsupervised in a bath, and even more so if their carer is avoidably distracted.’

Prior to sentence, Perry’s barrister David Nathan QC urged the judge to pass a non-custodial sentence, saying her ‘lapse’ had occurred amid an otherwise satisfactory standard of care.

Mr Nathan told the court: ‘Plainly this is a young woman with significant problems identified in the psychologist’s report. Nothing anyone can say can change what happened in this case.

‘In a sense she is the victim in this case. I appreciate she caused this child’s death but she will live with this for the rest of her life.

‘You know this is not a callous young woman. This is a someone who cares very deeply what happened… a woman who feels remorse for what happened to her child. She will bear the loss as much as anybody else in the years to come.’

Speaking after Perry’s conviction last month, the police officer who investigated the case stressed that experts recommend no child under-five should be left alone in a bath.

Commenting on the ‘entirely preventable’ death, Detective Sergeant Kerry Chavush, from Northamptonshire Police’s Child Protection Team, said: ‘Expert evidence was provided during the trial that stated a bath seat should never be considered as a safety device and is never a substitute for adult supervision.

‘There are no winners in this case and it is so sad that a baby boy who had his whole life ahead of him has been taken away from this world in such a heart-breaking and dreadful way.’