The mother of Libby Squire’s killer says her son’s crimes have ‘torn her heart apart’.

Polish butcher Pawel Relowicz was last week found guilty and jailed for life for raping and murdering the 21-year-old student before dumping her body in a river on February 1, 2019.

And now his mother, Marzena Relowicz, has revealed her own inner torture at her son’s shocking crime.

Speaking to the Sun Online, the 53-year-old said: ‘A beautiful girl was killed. 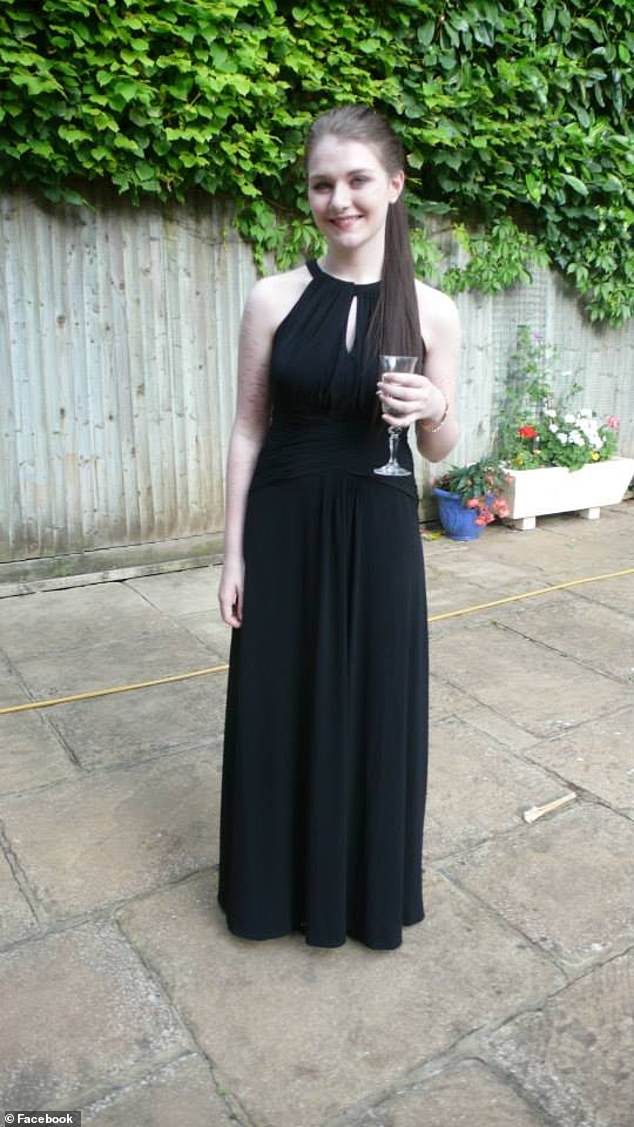 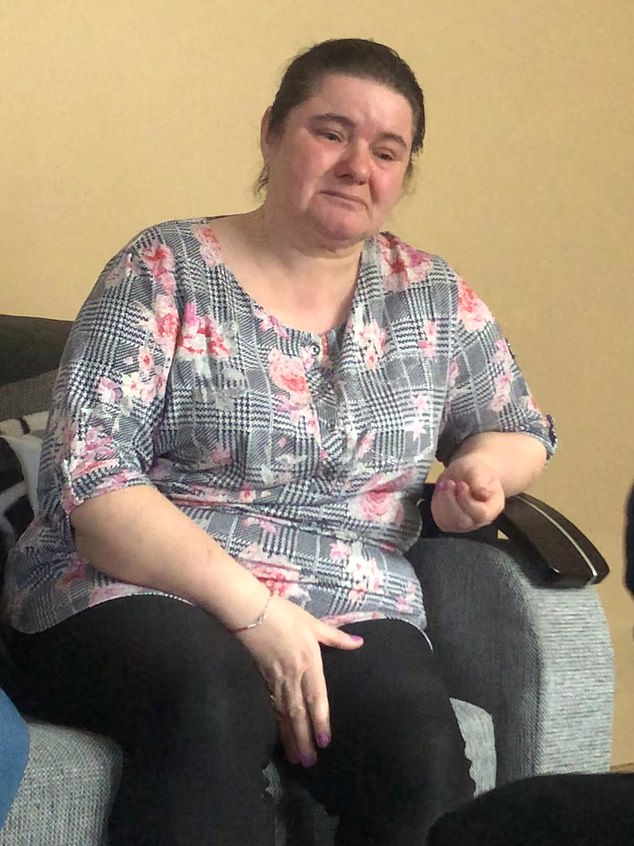 ‘It’s heartbreaking. I think of her parents and what they are going through. It’s unimaginable. ‘It tore my heart apart.’

She had previously told The Telegraph the charges he faced were a ‘shock not only to our family, but also for our friends and neighbours.’

Neighbours of Relowicz’s wife Jagoda claim she fled their home in Hull for Poland with their two children shortly after her husband’s arrest.

A friend claimed she became ‘scared of everyone’ during her marriage to the murderer.

A jury at Sheffield Crown Court found him guilty on both counts following a three-week trial and 27 hours of deliberations last week.

Speaking afterwards Libby’s heartbroken mother Lisa said in a statement she ‘longs to die’ to be with her daughter again. 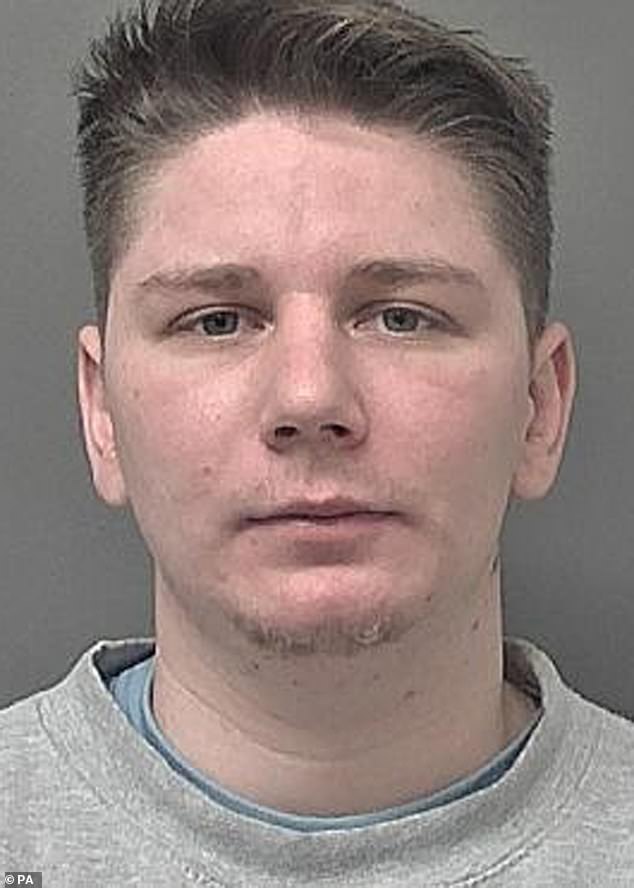 She said on the steps of the court: ‘There are no words that can explain the torture of living without my Libby. She was a sister, a granddaughter, niece and cousin.

‘I have not only lost my daughter but the opportunity to be a grandmother to her children.’In any times of trouble she wanted me, her mum. Knowing I was not there when she needed me will haunt me for the rest of my life.

‘I now live in two worlds where I live as a mother, wife, friend and employee but there is also a world that will run parallel and is a dark and lonely world.

‘In this world, I long to die so I can be with my girl. I wake up with disappointment that I will live another day. 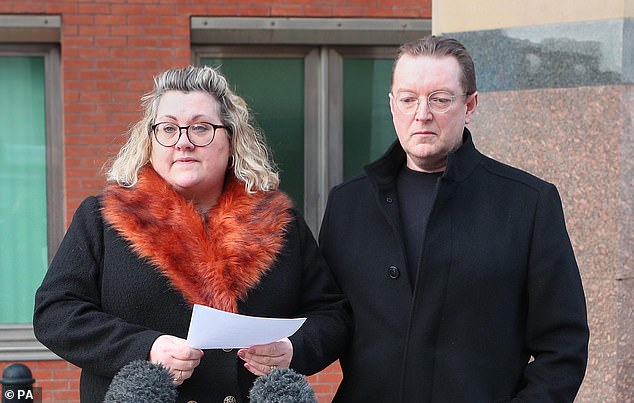 Speaking outside Sheffield Crown Court, Libby’s mother Lisa said she longs to die to be with Libby again 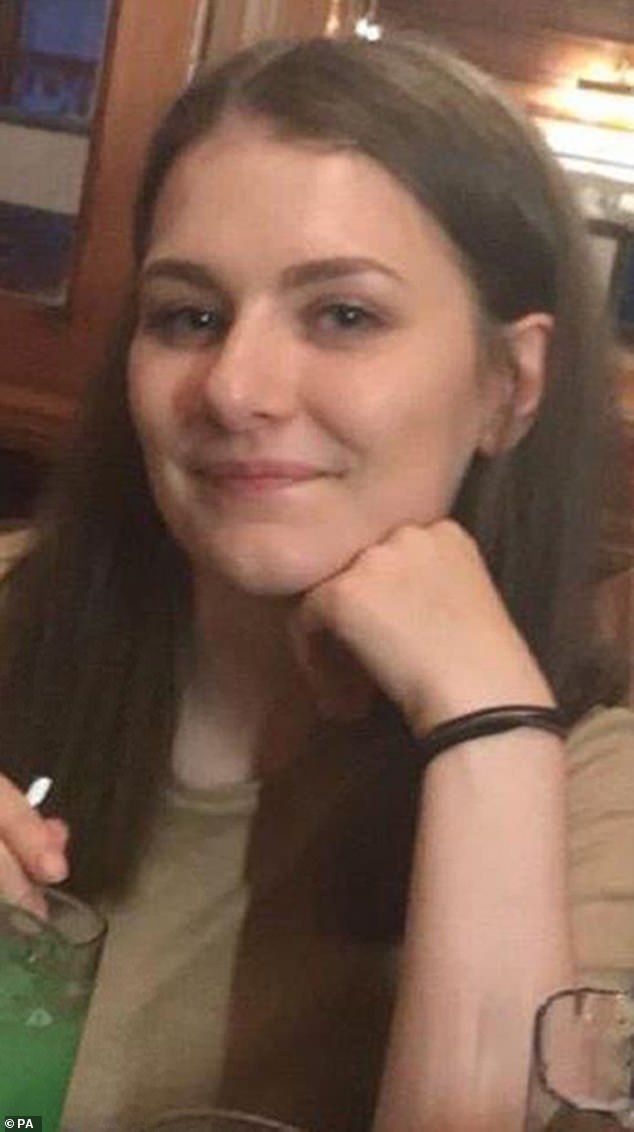 ‘This is a world where I silently scream in pain and pray that one day we will be reunited in a dream, a world where we constantly look for signs in every rainbow.

‘A world I didn’t want to be in. Imagine wanting to live to be here with your children but one where you long to die so I can be with my child.’

During the trial, the court heard Relowicz ‘targetted’ Libby after seeing her ‘drunk’ and ‘vulnerable’ in the streets of Hull, East Yorks., on January 31, 2019.

He then took her in his car to a remote playing field and raped her before dumping her ‘dead or dying’ into a river.

Relowicz admitted having sex with University of Hull undergraduate Libby but claimed it was consensual.

Libby’s body was recovered from the Humber Estuary on March 20, following the largest search in Humberside Police’s history.

In the 18 months prior to Libby’s disappearance, it was heard, Relowicz committed a series of sexually-motivated crimes in the student area of Hull.