Say cheese! Mother left in stitches over five-year-old son’s ‘Chandler Bing smile’ on school photograph day as she says it’s definitely one to bring out when he turns 18

A mother was unable to contain her laughter when she saw her five-year-old son’s ‘Chandler Bing smile’ on his school photograph.

Clare Southern, 33, described how she ‘burst out laughing’ when she was handed her son Jacob’s school photograph by his teacher at Willows Primary School in Wythenshawe, Manchester on November 9.

The five-year-old was snapped pulling an effortless smile and showing all of his teeth for his first ever Year One school photo.

But the schoolboy’s mother soon spotted her son’s comical resemblance to the Friends character Chandler Bing, played by actor Matthew Perry, who in one iconic episode is known for pulling a similar face when posing for his engagement picture.

Ms Southern, who later took to social media to share Jacob’s comical grimace with others, said she was still not sure if her son was ‘terrified in the photo’ or ‘genuinely giving his best grin’. 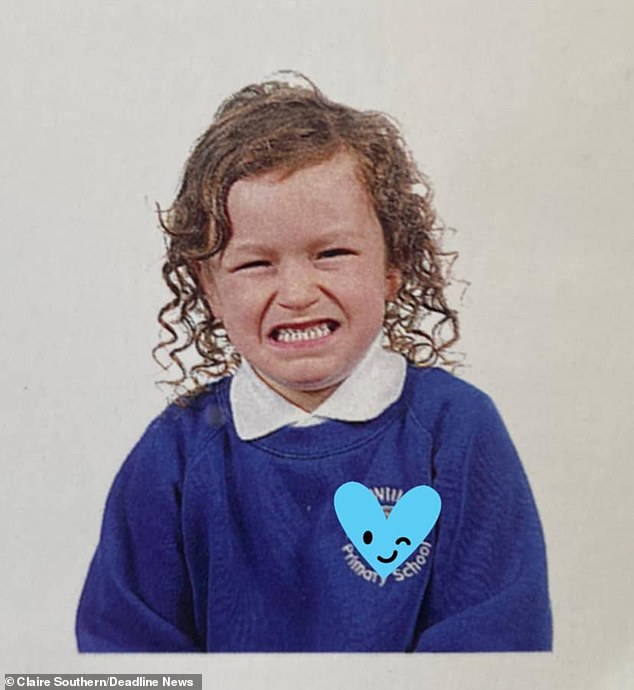 Five-year-old Jacob was snapped pulling off a ‘Chandler Bing’ smile for his first ever Year One photo at Willows Primary School in Wythenshawe, Manchester 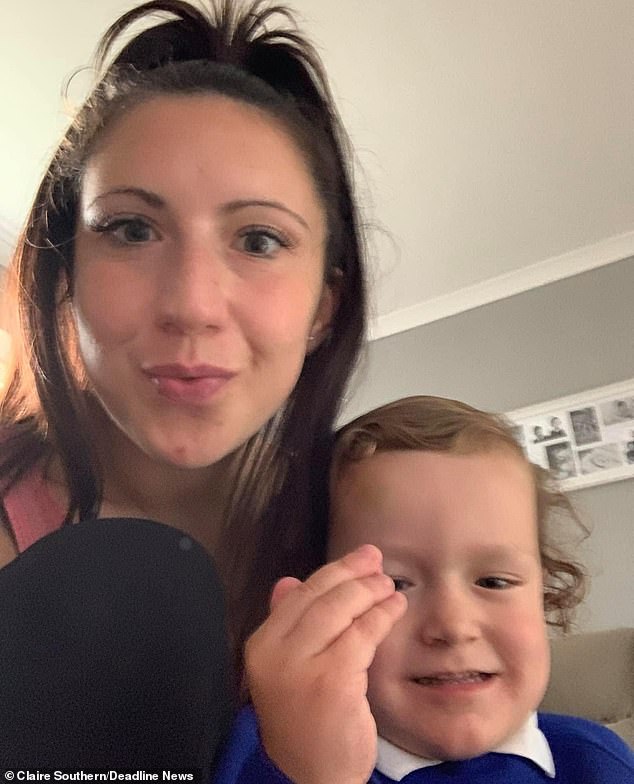 Mother Clare Southern (pictured with son Jacob), 33, described how she ‘burst out laughing’ when she was handed her son’s school photograph

She said she had bought a copy to proudly show off on her mantelpiece – and bring out for all to see when her son turned 18.

The craft business owner said: ‘Yesterday was our first day out of isolation as we have all had Covid so to say it cheered us all up would be an understatement.

‘Jacob came out of school chuffed to bits with his photo.

‘We could see his teacher laughing at the door so I knew it was going to be a funny one and when he handed it over to myself and his nanna, we just burst out laughing.

‘Our first thought was Chandler Bing from Friends.’

She added: ‘We still aren’t sure if he is terrified in the photo as it’s his first ever school one, or if he is genuinely giving his best grin.

‘He is usually an extremely cheeky little boy and has been known for his dirty grins in the past.

‘We don’t ever buy school pictures as they can be quite pricey, but this one is getting framed on the mantelpiece and definitely one to keep for his 18th.’

This week Ms Southern shared her son’s comical photograph with others on social media and wrote: ‘I don’t usually buy school photos, but this has cheered me up so much today. Definitely one for his 18th.’

The post has received more than 5,600 likes from Facebook users, with one saying the image had ‘made their day’.

One user wrote: ‘Definitely looks like a grimace to me.’

While another person added: ‘These threads and pics are my favourites, absolutely hilarious.

‘My middle son’s school photos somehow always manage to look nothing at all like him. 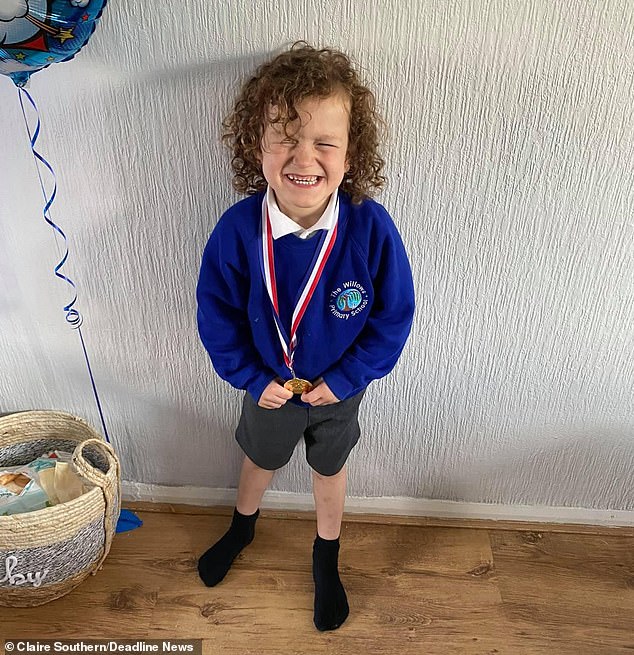 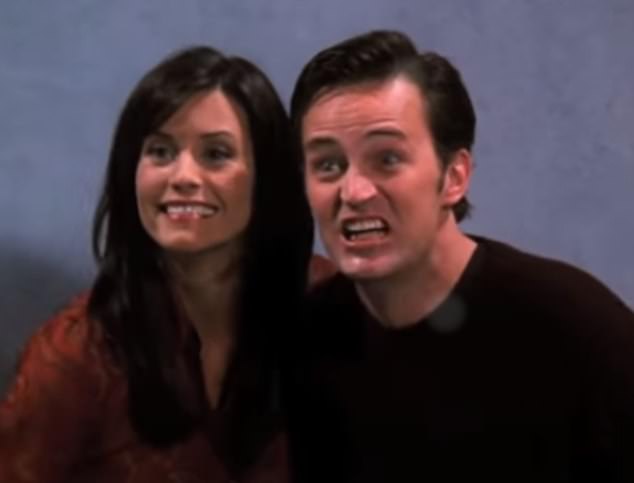 Social media users shared their amusement, with one saying it was a ‘must have’ for the mantlepiece

‘I’m not even sure how that’s possible, it’s every single time. I always buy them anyway.’

Another social media user commented: ‘Can’t help but smile. This little man has made by day.’

Meanwhile another said: ‘Must have for the mantlepiece.’

One person wrote: ‘One for his 18th birthday!’