MAIL ON SUNDAY COMMENT: Make sure those you listen to understand Middle Britain, Boris

Last week’s miserable political mess was a bad experience for the many people who want to believe in Boris Johnson and are cheered up and inspired by his optimism, bustle and boosterism.

When a politician is good at looking as if he walks on water, it is sad to see him floundering in a bog.

Now he has climbed out of it again, and not without sustaining some damage, he would do well to take a careful look at the bad advice and bad tactics which got him into the swamp in the first place.

Many Conservative MPs are unhappy about the current Parliamentary Commissioner for Standards, Kathryn Stone. Perhaps some of their discontent is justified. But such unhappiness is inevitable, given the nature of the Commissioner’s job.

So it was an error to weaponise that unhappiness by undermining one of her most important verdicts, against the former Environment Secretary, Owen Paterson.

Out of that misjudgment came one of the worst crises to engulf Boris since he arrived in Downing Street. Boris may have thought he was trying to get justice done. But this was a major failure of perception. 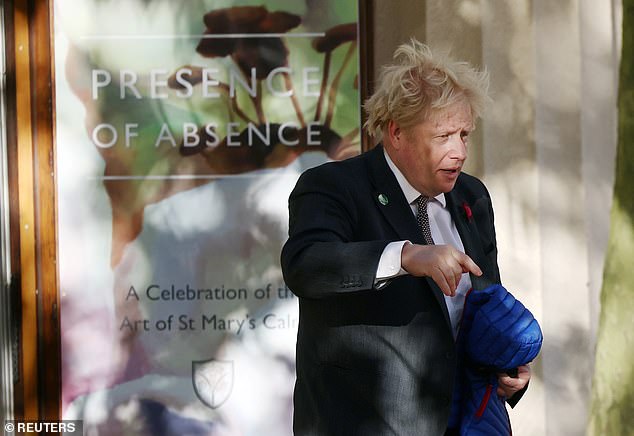 Last week’s miserable political mess was a bad experience for the many people who want to believe in Boris Johnson and are cheered up and inspired by his optimism, bustle and boosterism

After the great parliamentary expenses upheaval, which swept through Westminster like a raging torrent just over ten years ago, the public quite reasonably have no time for excuses from MPs who even appear to be profiting from their influence.

MPs are paid far more than most voters, for a job that does not look especially arduous, and they cannot expect much patience or mercy if they seek extra income that looks like paid lobbying.

The Premier’s attempt to save Owen Paterson’s bacon, however much personal sympathy he might have had for him, was a transparently wrong decision, and bound to go down badly with taxpaying voters.

Unlike so many political scandals, this is simple. The sight of our politicians with their snouts in a trough will always provoke rage.

A Tory government must act more severely against it than any other sort of government, because Labour can so easily exploit it.

Many Tories have found it deeply painful in the past few days having to admit that the attacks made on them by prominent Labour MPs have been largely just. Things are bad when Angela Rayner can score points off you.

It is especially sad to see such a mess when the Government has managed to tot up some significant achievements, from Brexit to the Covid vaccine roll-out to COP26, and when a clever hand on the helm over the next year or so may deliver more, including the clearing of the NHS backlog and tax cuts before the Election, to compensate for the emergency measures forced on Rishi Sunak by the pandemic.

So it is time to get a firm grip again, and to be very careful what advice to take. Boris has many counsellors, and some of them are perhaps becoming a little divorced from reality after more than two intense years in power. Margaret Thatcher famously had Willie Whitelaw at her side, a man who instinctively knew the limits of power.

The present Government has no such figure, so the Prime Minister needs to ensure in future that those whose advice he takes have their feet firmly on the ground, and properly understand the hearts and minds of Middle Britain, the source of his power and the most accurate barometer of what is best for this country.