AN 'IRRESPONSIBLE' dog walker was caught on camera fleeing an angry deer after allowing their dog to run around Bushy Park without a lead.

The footage shows the man running from the beasts after his pet was bothering the animals at one of London’s eight Royal Parks. 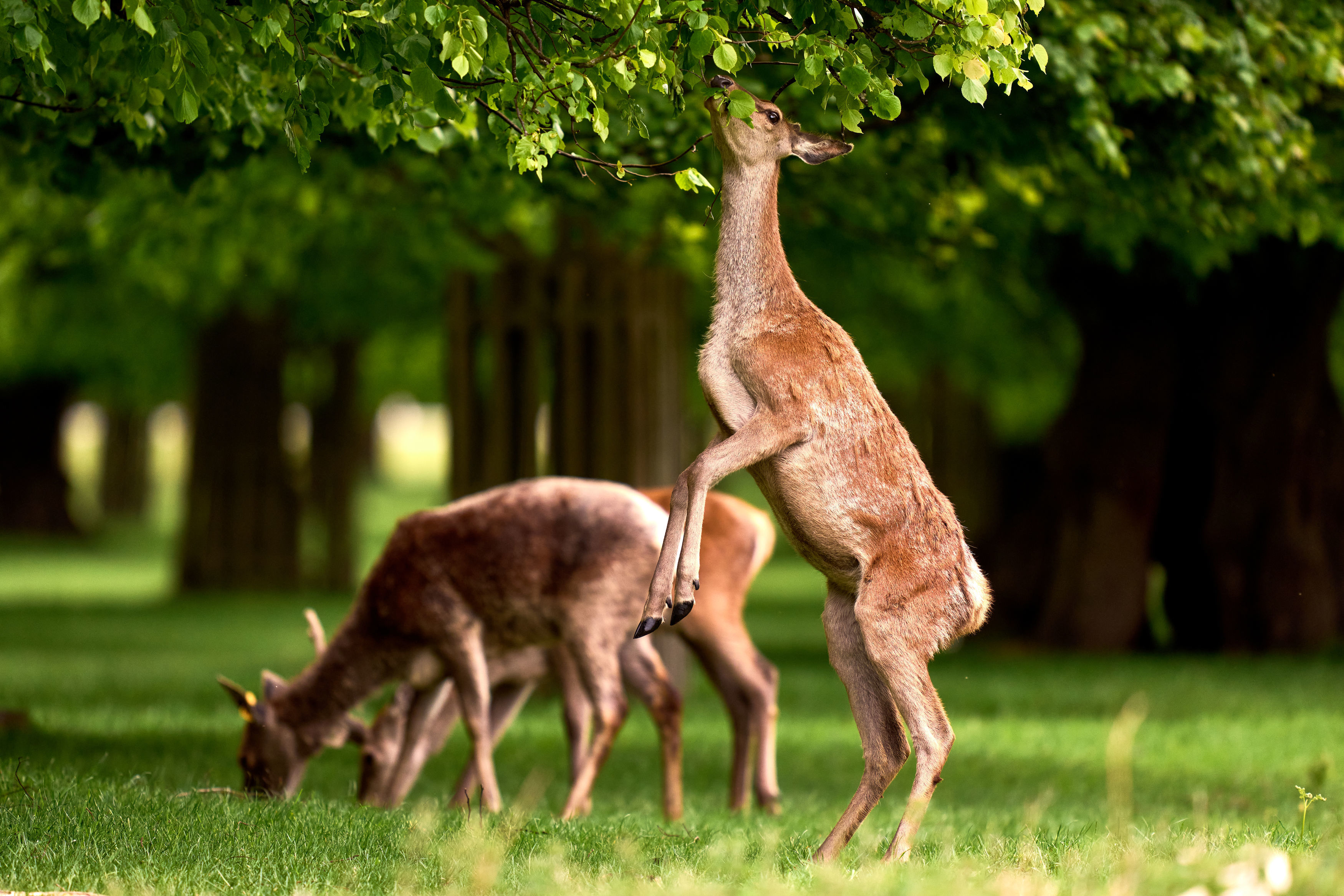 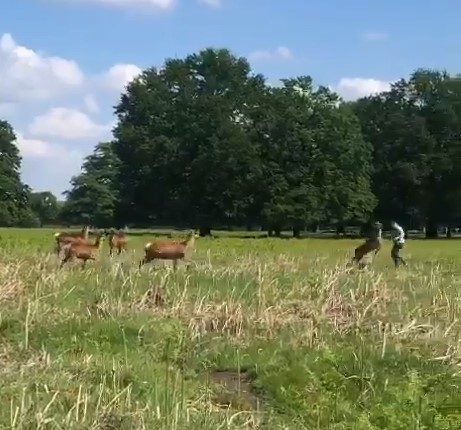 Angry animal lovers responded to the video which was posted on Twitter to slam the dog walker for his behaviour.

One wrote: “Those hooves are razor sharp let alone the weight of the beast. I have plenty of photos of people feeding deer and patting them and dogs being attacked. This video is a good illustration of what can happen.”

A second said: "Off leash dogs are a big problem for the wildlife of London. We need real consequences for irresponsible dog owners.”

Dog owners are allowed to walk their pets in Bushy Park but are advised that they are kept on leads throughout the park during deer birthing season.

Signs are posted across the parks, advising that the season runs from May to July every year, with the same rules applying in Richmond Park and will be lifted on August 2. 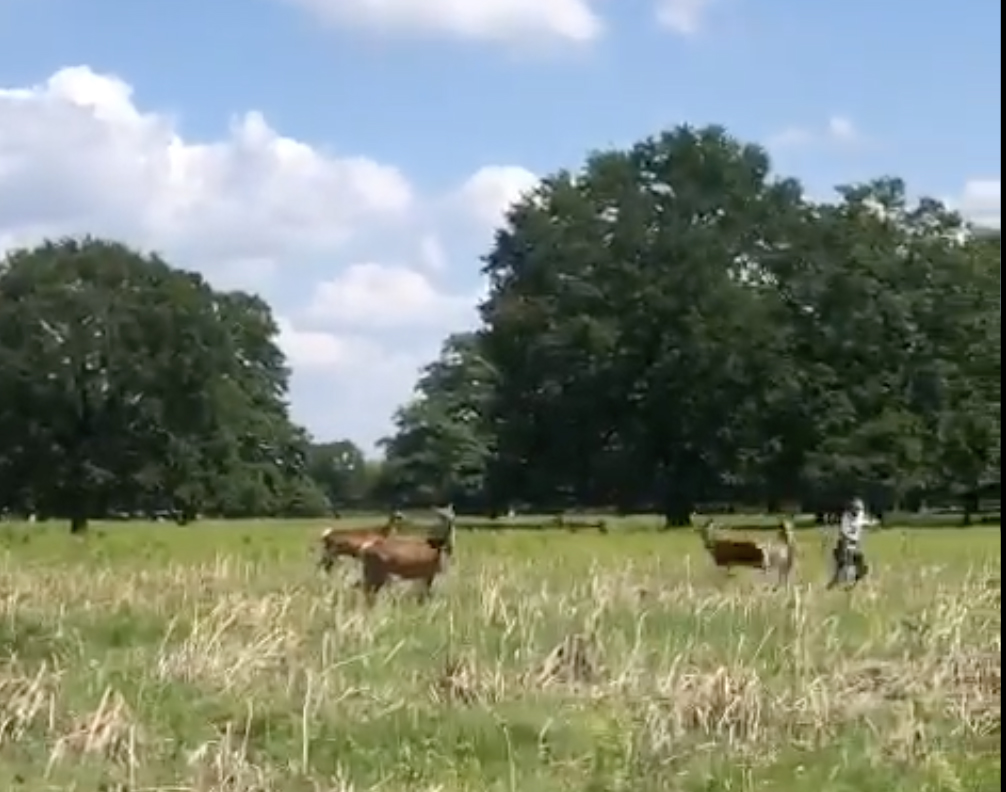 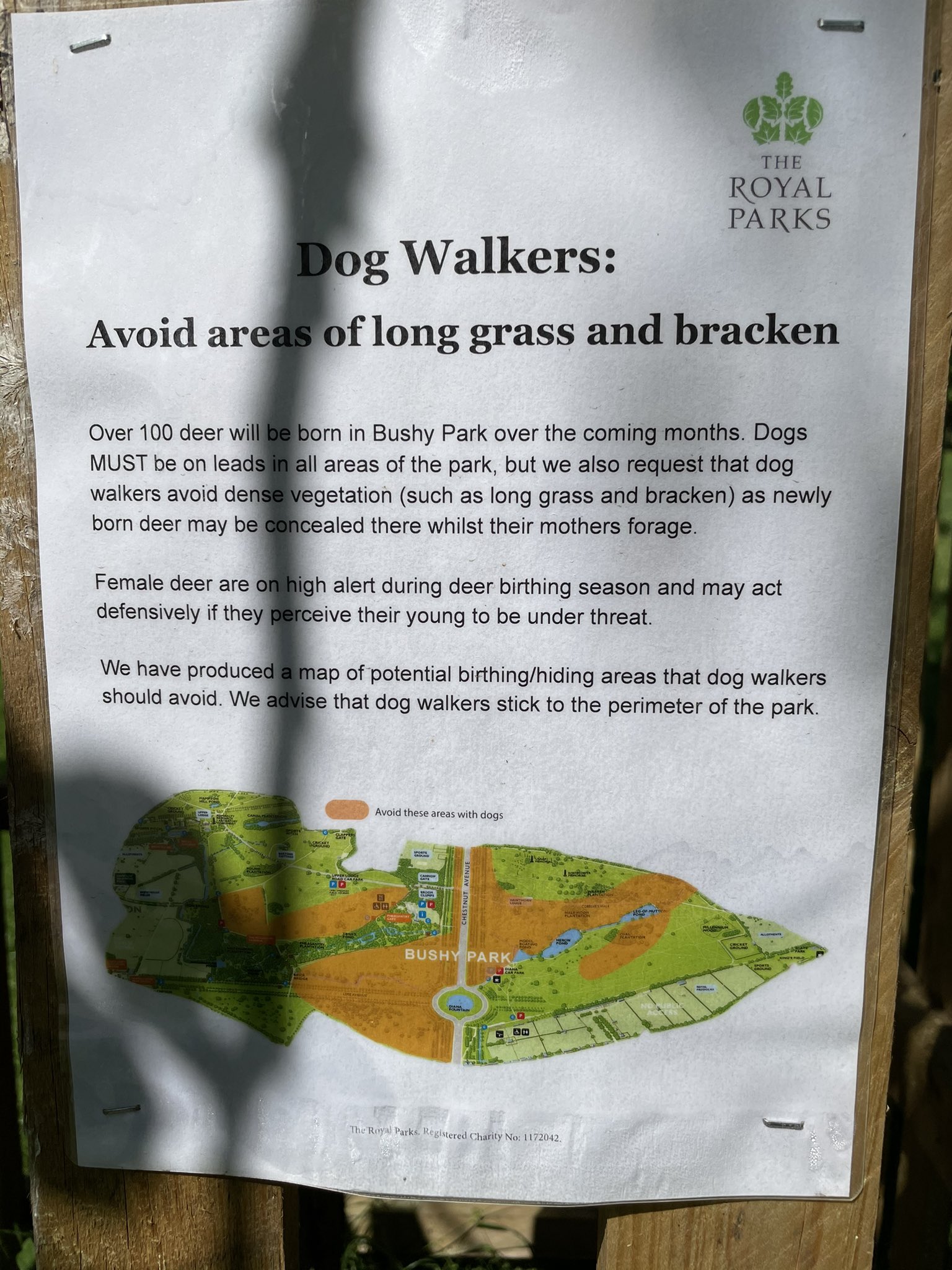 Around 300 deer are expected to be born in the parks during the birthing season, with the fawns being hidden in bracken and long grass by the female deers in an attempt to conceal them from dogs.

Simon Richards, Park Manager for Richmond Park, said: “During the deer birthing season, we strongly advise that dogs are not walked in either Richmond or Bushy Parks but, if this is not possible, dogs must be on leads in all areas of the parks.

“Female deer are afraid of dogs harming their young. Concern for their newborn means they may act defensively towards dogs – they have been known to give chase and attack, even if the dog is at a distance and not acting provocatively.

“Dog walkers must remain vigilant, avoid areas of dense vegetation and stick to the perimeter of the park.”

Since August 2020, there have been 55 reported incidents of dogs chasing deer, but it is believed that many incidents go unreported.

At least five deer have died after the chasing incidents in the last year, with a number of dog owners appearing in court and have been  convicted for failing to keep their pet under control.

Dog walkers have also been advised to avoid areas of the park shaded in orange on maps and are warned to plan their routes in advance.

Visitors are also being urged to give female deer space and not to seek out young deer or pick them up if they see them on their own.

Mr Richards added:”Every year, we receive calls about 'abandoned' baby deer. But female deer are excellent mothers, and they are not shirking their responsibility.

“Instead, they are hiding their young whilst they forage for food to create the milk that they need to nourish their young.

“Throughout the course of the day, the mother will periodically return to suckle her newborn, but she may reject it if she picks up a human scent, so please do not touch a newborn deer under any circumstances.

“Even though you may think you're doing the right thing, you will actually only cause the newborn deer severe stress and, sadly, you may cause it to be abandoned by its mother.”

A Royal Parks Police spokesman added: “We have had to rescue several dog walkers from deer “stalking” & cornering them during the birthing season, please try to avoid the herds for you and your dogs own protection.”