THIS is the incredible moment a giant 35 stone, eight-foot-long porbeagle shark was reeled in by fishermen off the Cornish coast.

The beast, a relation of the Great White, took two hours to reel in. 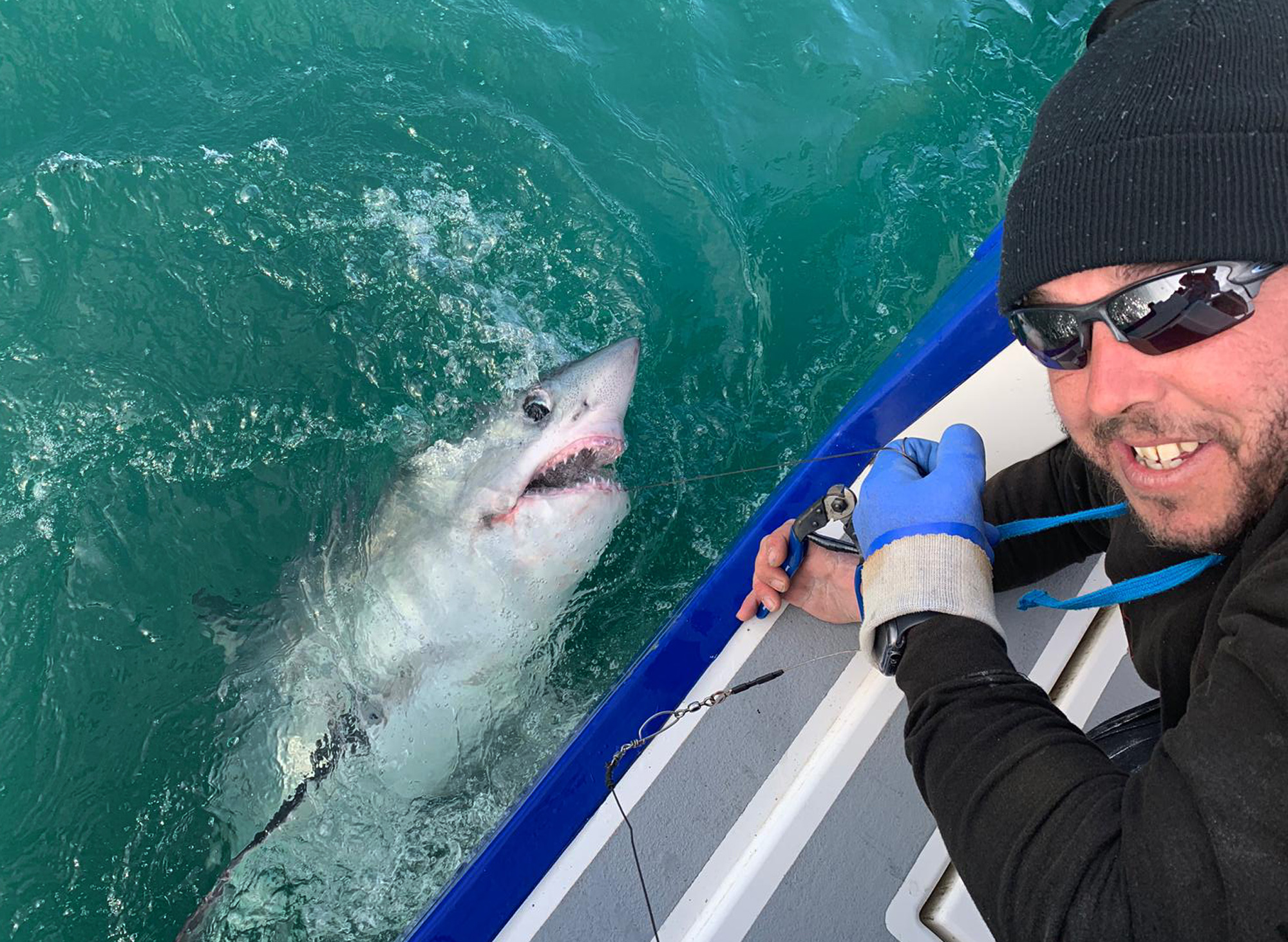 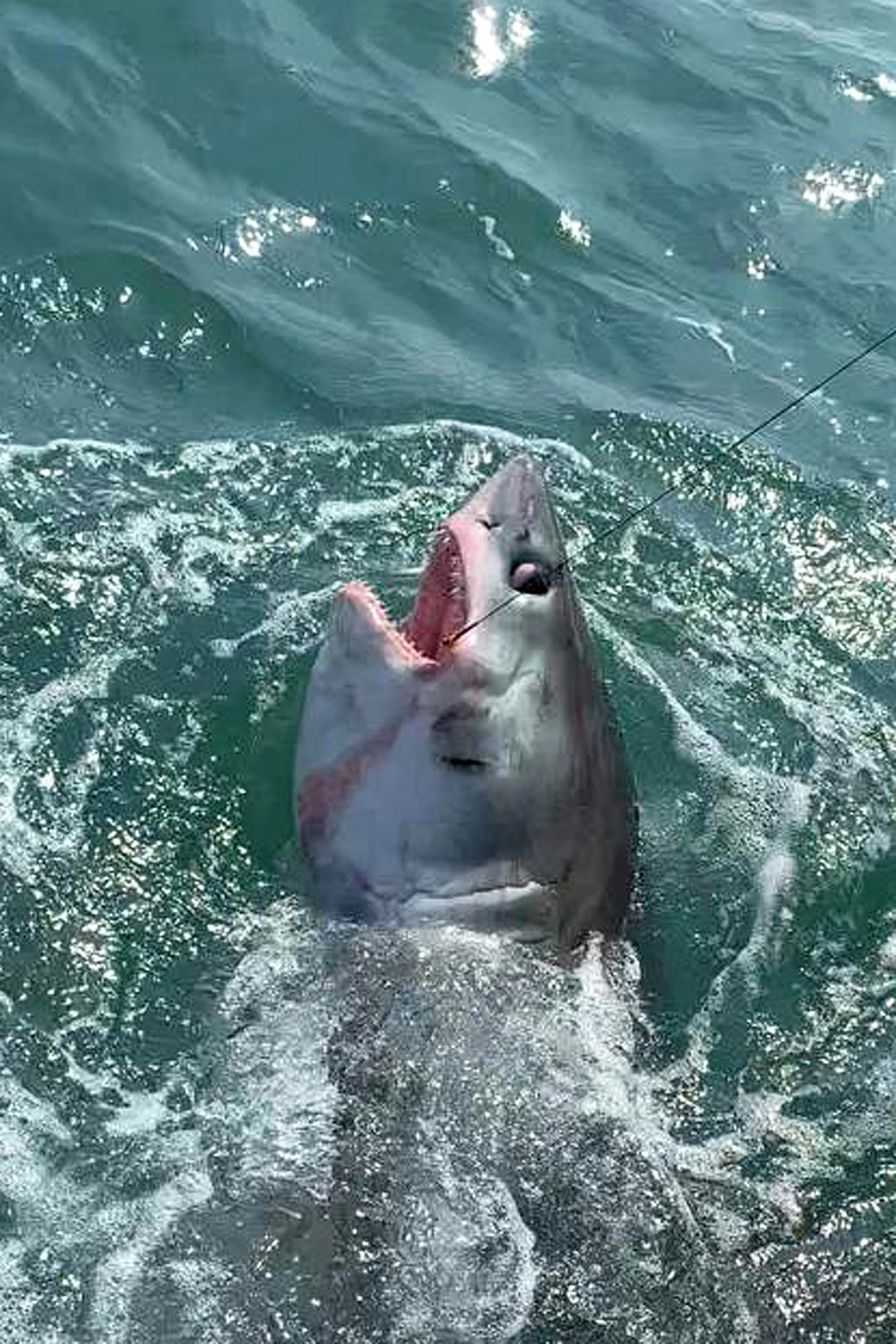 Jaw-dropping footage shows the fishermen struggle to pull it in, thinking they've caught a normal fish.

The group are gobsmacked when they pull the giant shark out of the water.

It swims just inches away from their boat as it struggles to get away.

The porbeagle shark has been spotted all around the UK in deep waters, usually several miles offshore in the summer time where it hunts mackerel herring and squid.

Dan Hawkins, who caught the shark, said: "It was a huge fish – one of the biggest we've had.

"It was a two hour fight to reel it in.

"Hopefully there will be bigger to come."

The fish was released after being caught.

A second 250lbs porbeagle was caught aboard the same boat on Monday.

Porbeagles can grow up to 12ft long and weigh up to 43-stone.

It was a two hour fight to reel it in

Only a handful of non-confirmed shark attacks have ever been attributed to the porbeagle, which is known for being playful.

In 2017 three porbeagle sharks weighing 238lbs, 392lbs and 500lbs were caught off the coastline of Devon and Cornwall.

The shark is white on the bottom and grey on the top to allow it to camouflage while hunting smaller fish.

The number of porbeagles has dwindled over the last few decades.

There are many reports of porbeagles swimming up to oil rig workers, though no injuries have been reported.

Experts have suggested in these instances the sharks may be curious or playing. 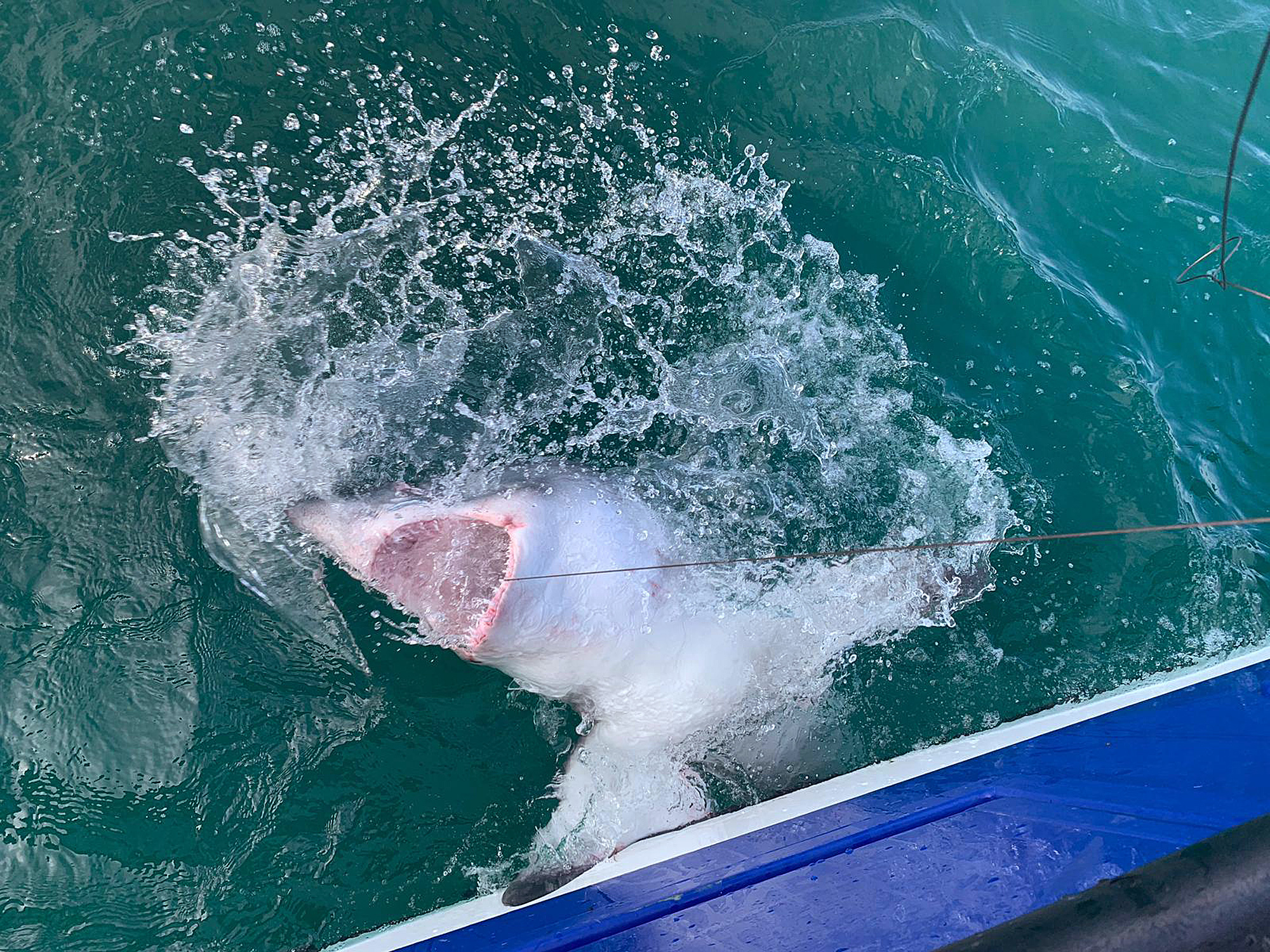 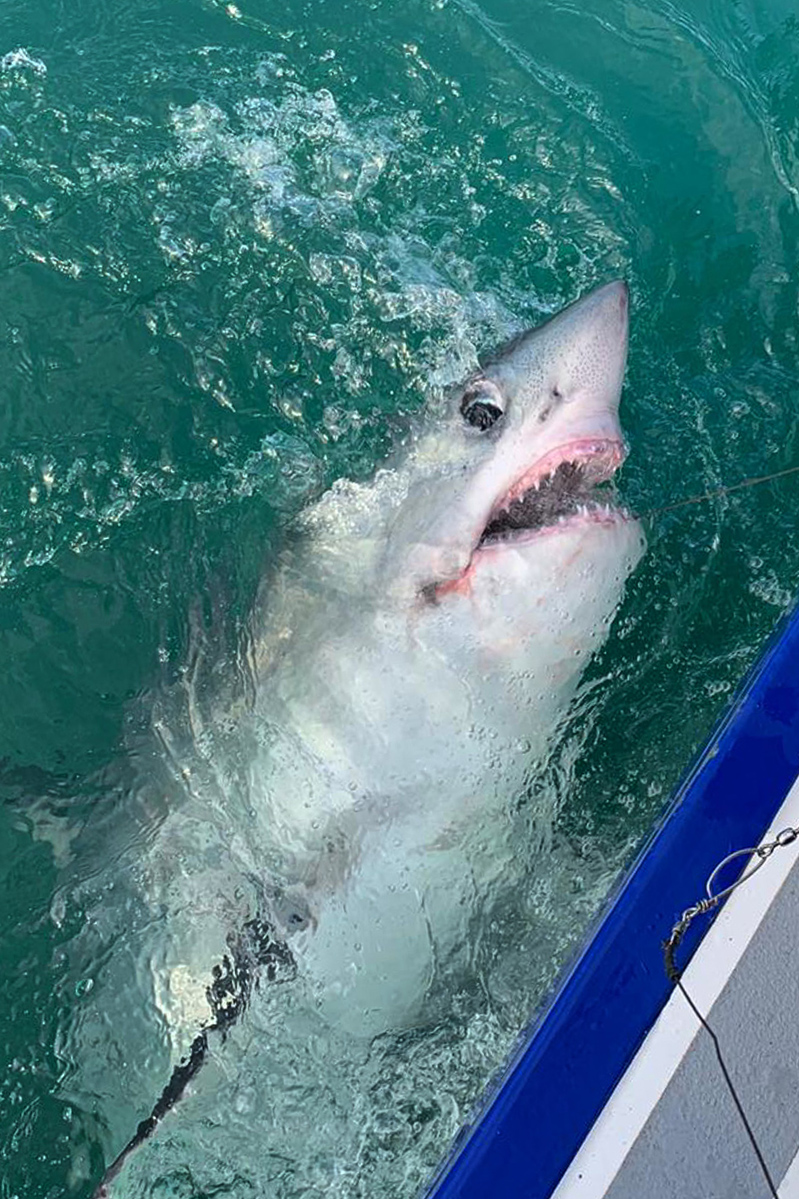