‘It’s not your seat! He shouldn’t be there!’ Moment elderly passenger with shopping bags argues with mother and son ‘who refuse to move from priority seats on London bus

This is the moment an elderly passenger with shopping bags got into a heated argument with a mother and her son over priority bus seats.

The passenger said he was shocked to board the bus and be greeted by the pensioner in a fierce clash with a woman and her son.

Mobile phone footage shows the elderly woman standing at the front of the bus, with groceries in a supermarket bag.

The woman appears to be involved in an argument with the mother over her refusal to move herself and her child from their seats.

She can be heard shouting: ‘It’s not your seat! He shouldn’t be there’ whilst prodding a finger in the direction of the woman’s son, who is not visible on camera.

The video then cuts to later in the argument as the woman continues: ‘Some drivers will tell you, they’ll make you go to the back of the bus because they say that they’re priority seats.’

The mother can be heard saying ‘Shut up’ in the midst of the pensioner’s tirade before incredulously replying: ‘Priority seats?’ 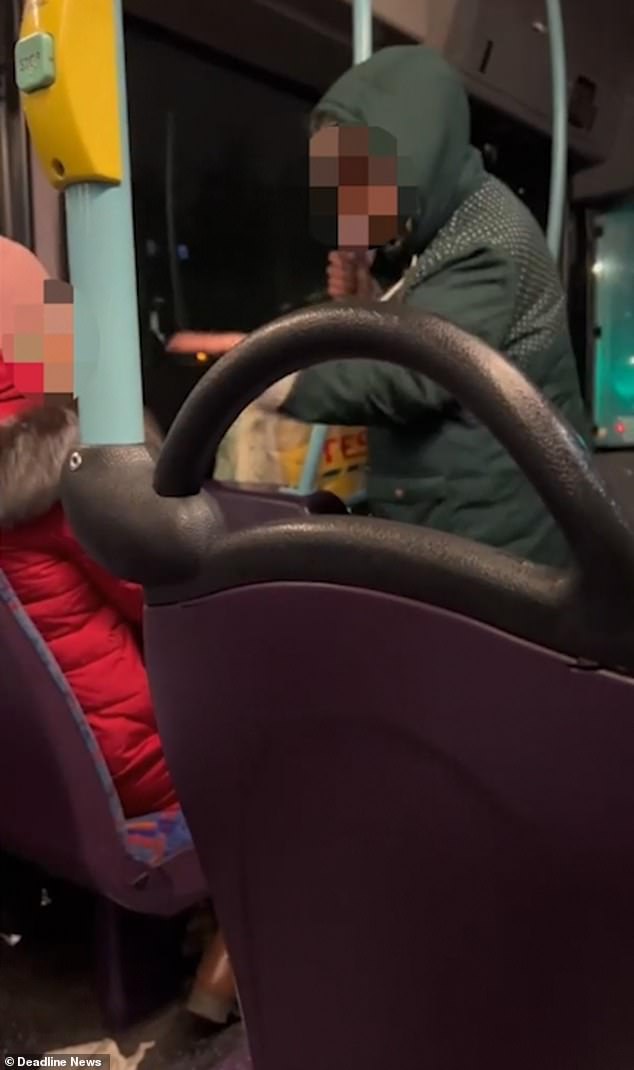 The mother is cut off mid-sentence though as the elderly woman interrupts while thrusting her hands in the mother’s face, causing her to recoil.

The older woman then can be heard shouting: ‘Well then you obviously don’t even understand the bloody pictures!’

At another point in the altercation the standing woman can be heard saying: ‘If you were a nice lady you would have moved over for me and I would have said “thank you” whilst pointing at two empty seats on the other side of the bus. 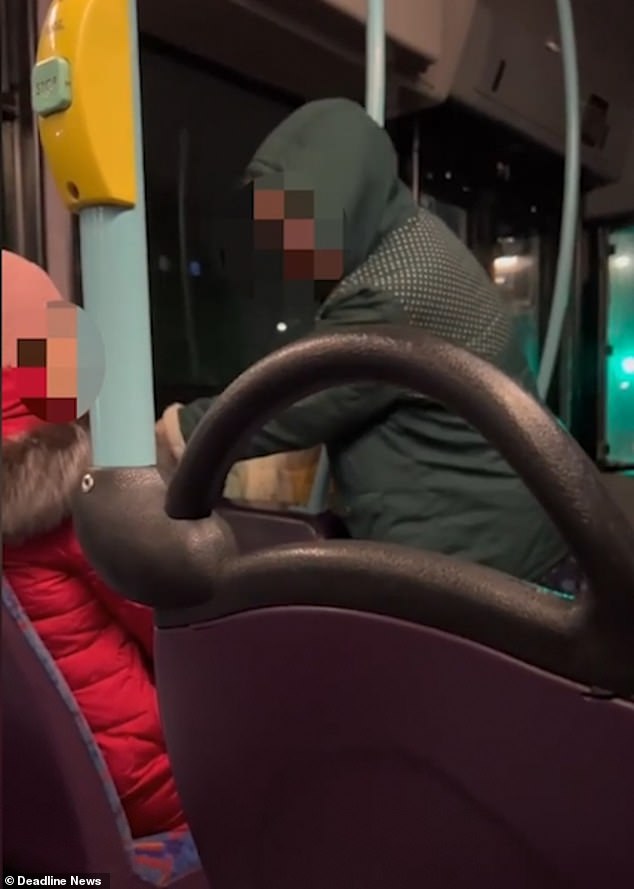 The mother is then heard saying back: ‘Move me, move me there!’

The older woman then turns towards the front of the bus and says: ‘Get off here driver.’

As the bus approaches its stop, she turns back to the mother and child and says: ‘Just remember next time you get told, don’t think of yourself and your [child].’

Mr Parbot uploaded the video to TikTok last Tuesday with the caption: ‘Feel really sorry for this old lady requesting for the priority seat so she can sit next to her shopping bags…’ 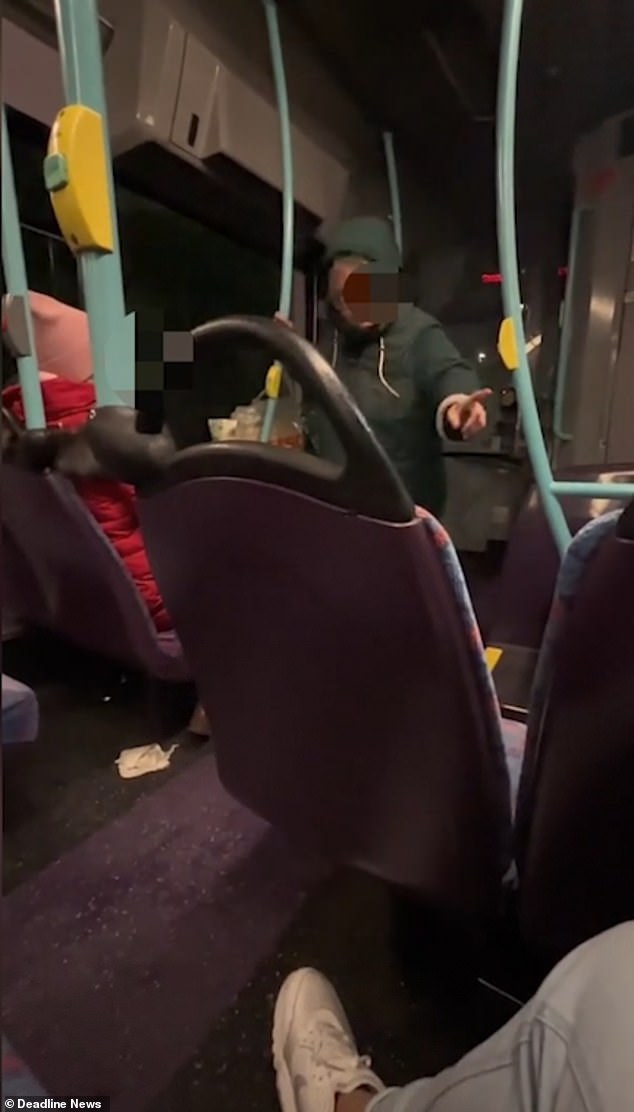 The post, uploaded to TikTok, has divided opinion as some say there were other empty priority seats available 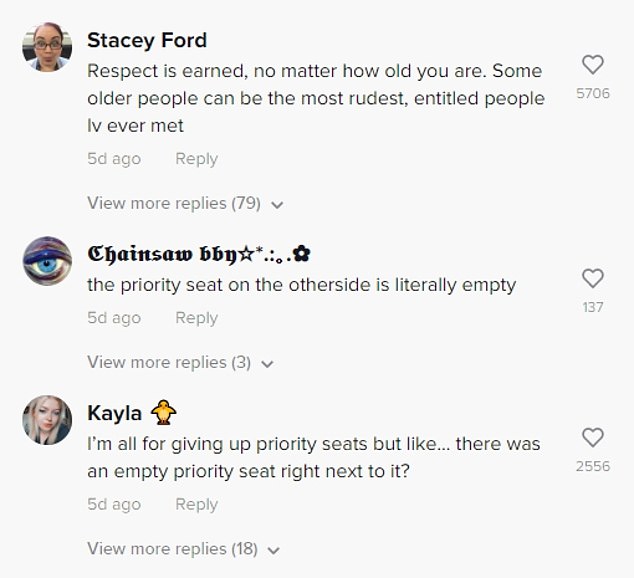 The post has divided opinion over who was in the right.

One user wrote: ‘Respect is earned, no matter how old you are. Some older people can be the rudest, most entitled people I’ve ever met.’

Another said: ‘I’m all for giving up priority seats but like… there was an empty priority seat right next to it?’

A third commented: ‘That old lady is way too aggressive. Like there are seats next to her.’

Another added: ‘Priority seats aren’t just for elderly people they are also for pregnant women and people who are less able to stand.’

A fifth replied: ‘In all my time in retail I’ve never been verbally abused by anyone younger ever. Always older people.’