Power up! Mint condition Super Mario Bros which has NEVER been taken out of its case is sold at auction for a record-breaking $100,000

The game, which was first released by Nintendo in 1985, was sold at auction in the United States last week after a group of collectors joined forces to purchase it.

It is the only known ‘sticker sealed’ copy of the famous video game which experts say ‘saved the industry’ in the late 1980s. 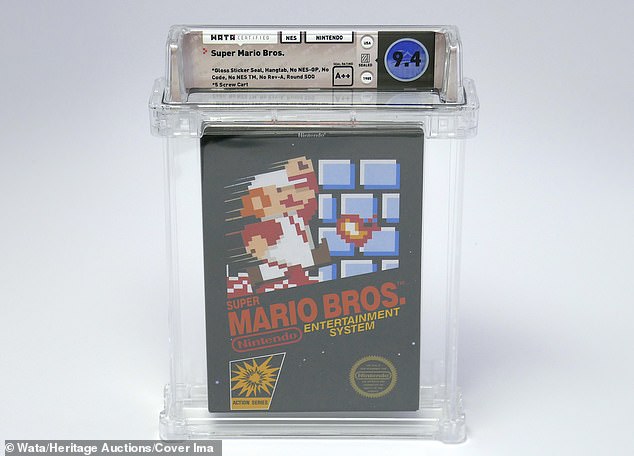 Sold! This mind-condition unopened copy of Super Mario Bros from the mid-1980s has sold for more than $100,000 at auction

‘Beyond the artistic and historical significance of this game is its supreme state of preservation,’ says Kenneth Thrower, co-founder of Wata Games, which grades collectible video games.

Due to its popularity, Nintendo reprinted Super Mario Bros. from 1985 to 1994 numerous times, resulting in 11 different box variations.

The first two variations are ‘sticker sealed’ copies that were only available in the New York and L.A. test market launch of the Nintendo Entertainment System (NES) in 1985 and 1986.

‘Not only are all of NES sticker sealed game’ extremely rare, but by their nature of not being sealed in shrink wrap they usually exhibit significant wear after more than 30 years,’ Thrower said. 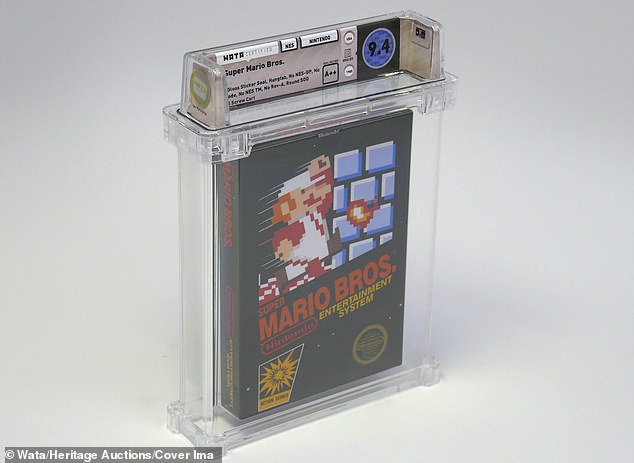 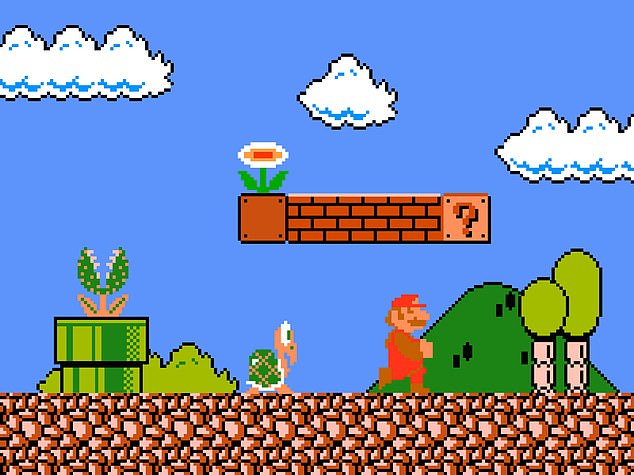 ‘This game may be the condition census of all sticker sealed NES games known to exist.’

‘Super Mario Bros. is not only the most recognizable game of all time, it saved the video game industry in 1985,’ said Wata Games President, Deniz Kahn.

‘In terms of rarity, popularity, and relevance to collectors, this game has it all. Mario is the most recognized fictional or non-fictional character in the world, more so than even Mickey Mouse.

‘Super Mario Bros. launched the world’s largest game franchise and this copy is the only known sealed example from Nintendo’s test market release.’