TWO teenage boys have died after a double stabbing in Milton Keynes as a knife crime epidemic continues to plague Britain.

A double murder probe has been launched after the 17-year-old boys tragically died from their injuries last night.

Emergency crews were scrambled to a home in Milton Keynes, Bucks, just before midnight following reports of a stabbing.

One of the boys died at the scene, while the second victim passed away in hospital.

Two other men who suffered knife injuries were rushed to hospital in a serious but non-life threatening condition.

No arrests have been made and next of kin have been informed.

A cordon is currently in place and police are appealing for information.

Head of Crime Detective Chief Superintendent Ian Hunter said: “Thames Valley Police is in the early stages of a double murder investigation after two teenage boys have tragically died in this shocking incident.

“Our priorities at this time are to conduct a thorough investigation and to support those who have been affected.

“I would like to speak to anyone who has any information which could help with our enquiries or anyone who witnessed any suspicious activity in the area of Archford Croft at around the time of the incident around midnight.

“I would also ask that anyone who has any information about what has happened to contact police via the 24-hour 101 number, quoting URN 1761 19/10.

“Alternatively, you can call the independent charity Crimestoppers anonymously on 0800 555 111.”

Knife crime has continued to plague the UK – with figures revealing it has risen by seven per cent in a year to hit an all-time high.

Police recorded 44,076 incidents involving knives or sharp instruments in England and Wales in the 12 months to June.

Almost half of these were stabbings while 43 per cent were robberies.

The total does not include figures from Greater Manchester Police — the UK’s third largest force — which records data differently.

Alarming figures have also revealed knife crime is rising at a quicker rate in towns and cities outside London.

Figures obtained by the BBC show Manchester, Liverpool, Blackpool and Slough are more affected by knife crime than certain districts in the capital.

Other areas which make up the top 25 most dangerous places include Birmingham, Leeds, Nottingham and Reading. 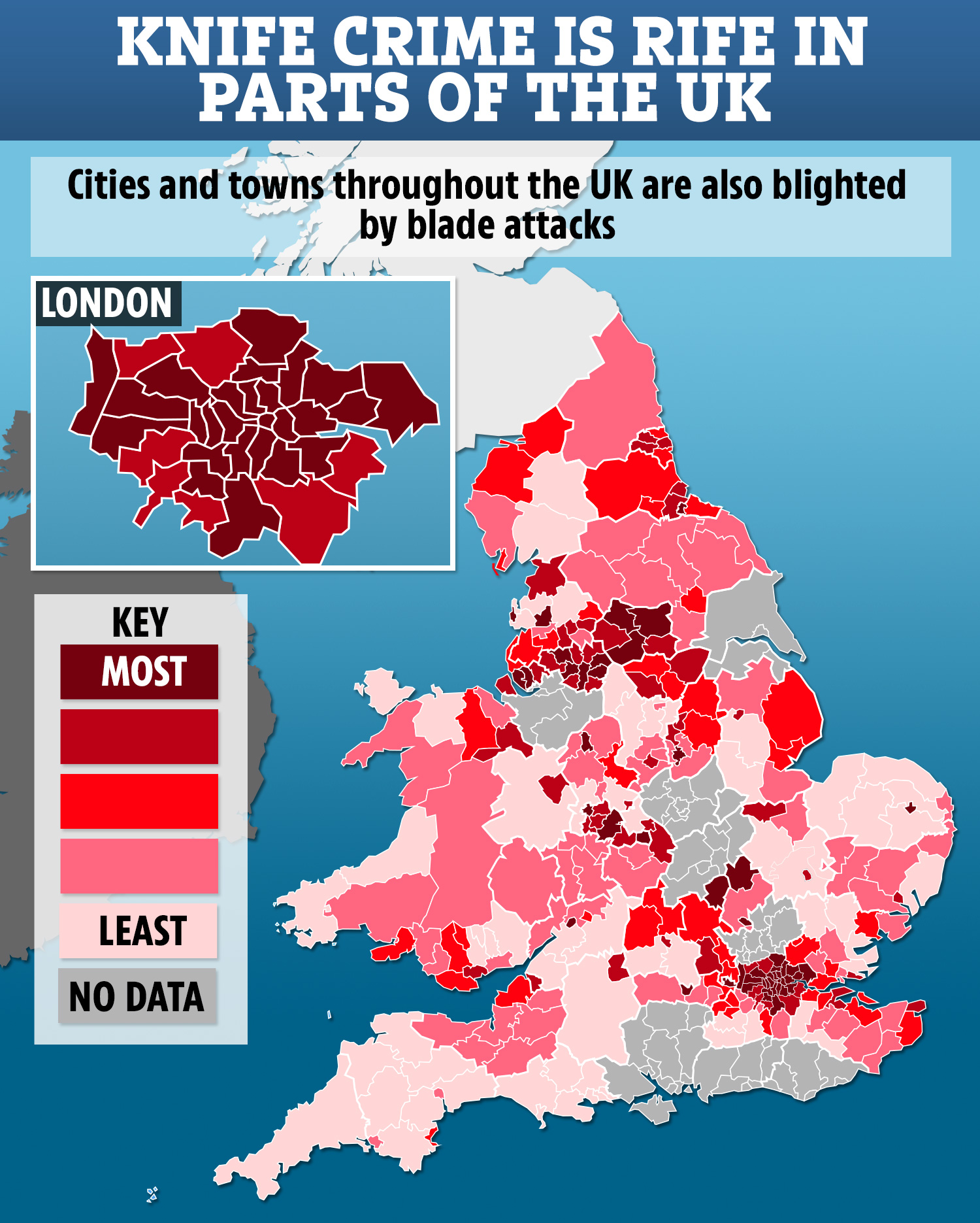