Mila Kunis joins Quinta Brunson, Matthew McConaughey and Jennifer Hudson as one of PEOPLE’s 2022 People of the Year! Look for all four covers on newsstands this week and read more below from Kunis’s revealing interview in the new issue.

She was born in 1983 in the then-Soviet city of Chernivtsi (located in present-day Ukraine), where she and her relatives, some of whom survived the Holocaust, saw other people facing anti-Semitism, oppression and lack of opportunity pack up and relocate. It was a move her grandfather emphatically resisted until — in a twist worthy of Hollywood — he saw Disneyland.

“His brother had moved to L.A. in the ’70s,” explains the 39-year-old actress and producer. “When my grandfather visited, he took him, and it, of all places, transformed his perspective on the possibilities of the West. He came back to Russia and said, ‘We’re leaving.’ “

In February, when Russian forces invaded Ukraine, Kunis — who moved to L.A. in 1991 at age 7 after her family got visas as religious refugees — couldn’t imagine the terror of being forced to flee. But she knew well the uncertainty that comes with leaving a home you may never see again.

RELATED: Volodymyr Zelenskyy Thanks Mila Kunis and Ashton Kutcher for Their ‘Determination’ in Ukraine Support 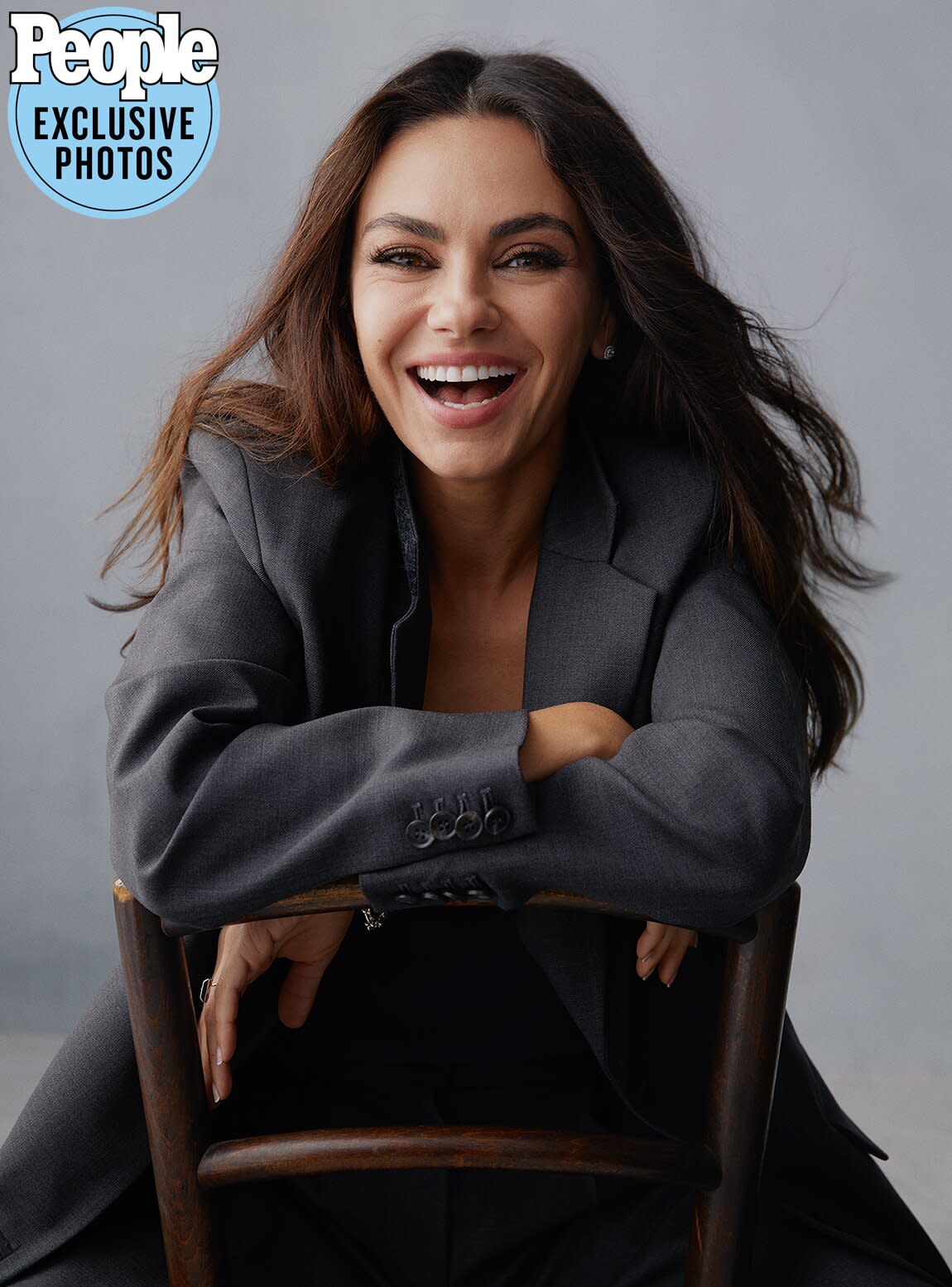 In response, she and husband Ashton Kutcher launched Stand With Ukraine, a GoFundMe benefiting flexport.org and airbnb.org, organizations offering supplies and short-term housing to millions displaced.

To date, the effort has raised more than $37 million — and the mission continues.

“We can’t become desensitized,” says Kunis, who contributed $3 million herself. “Helping — not even asking, just doing — should be our standard norm.”

You’ve been an outspoken advocate for Ukrainians this year.

It’s funny you say “outspoken.” I’ve always looked at people who were “outspoken” as the ones who talk a lot but act little. This was one of the first times I’ve ever spoken out about being philanthropic, because in this case there was no other way of getting this accomplished. When we saw Putin was going after the entire country, we knew a massive crisis was about to ensue.

How were you able to mobilize the Stand With Ukraine fundraiser so quickly?

The luxury of the situation was we didn’t have time to overthink things. Because I’m from Ukraine, I started getting calls from people who [wanted to help and] thought I knew the politics or had an understanding of NGOs [nongovernmental organizations] on the ground. That was my realization: If they don’t know who to go to, how will anybody? There were problems we knew we could help solve. So Ashton and I said, “Okay, let’s do this.” Within 24 hours, we had GoFundMe on board.

How do you and Ashton talk to your children about difficult world events like this?

[Our daughter] Wyatt is 8, and [our son] Dimitri is almost 6. Children’s brains, as beautiful and rich as they are, aren’t capable of digesting this amount of information all at once. So we give them enough to understand what’s happening in the world without the details. Do they know that these two countries are at war? Yes. Do they know innocent people are dying? Yes. But we don’t watch the news with them. They don’t need the visuals. We just want them to understand the world is bigger than they are.

It’s never too early to learn that perspective.

But there’s also a part of you that wants to protect your kid from the things they don’t even know are possible. And my daughter’s very sensitive. When we read Charlie and the Chocolate Factory together, she was like, “That boy is starving! Why won’t they feed him?” I thought, “Kid, you are not ready for this world.” 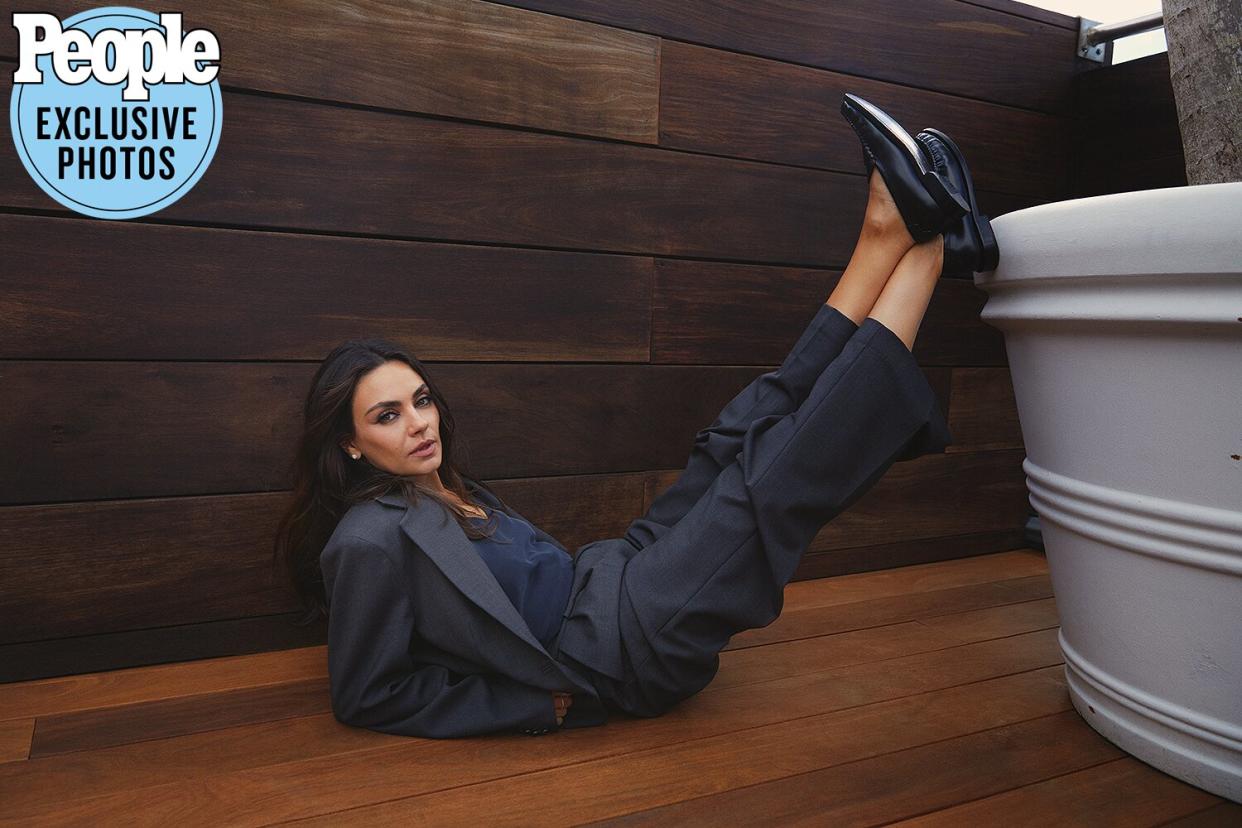 Has this been an opportunity to introduce them to their heritage — and to reconnect to yours?

My kids were always going to grow up eating my mother’s food. My parents and I speak Russian to each other, so they’ve grown up with that. They’ve naturally found pride in being half Ukrainian. The truth is I’m very American. I was raised in Los Angeles. That said, I’ve never been more proud to be from Ukraine. I’m so honored my kids can carry on that heritage. When you’re little, all you want to do is assimilate. As horrible as so many things are in the world today, the “You’re different, and that’s a cool thing” sense of identity is new. I’m grateful for that.

President Zelenskyy personally thanked you for your support and determination. But that wasn’t your first meeting, right?

About eight years ago a remake of [the Ukrainian series Servant of the People] was being shopped around L.A. I had a deal with ABC, and I was trying desperately to bring the show to the network. We ultimately got outbid, but in the process, I talked to this actor named Zelenskyy. Years later I was reading the news and saw Ukraine had a new president. I thought to myself, “A Jewish president? Mazel tov! That name sounds so familiar.” I searched my emails and was like, “I know him!” Our own little meet-cute.

As you select projects to produce — like this year’s Luckiest Girl Alive, in which you also starred — do you and Ashton bounce ideas off each other?

I am the queen of annoying him all day long. I am an Internet meme! If he’s on a Zoom, I just walk over and write my question down, like, Pay attention to me. And that’s the beautiful thing about sharing an office.

RELATED: Luckiest Girl Alive 2? Mila Kunis on Possibility of Sequel: ‘I Hope My Character Is Happier!’ 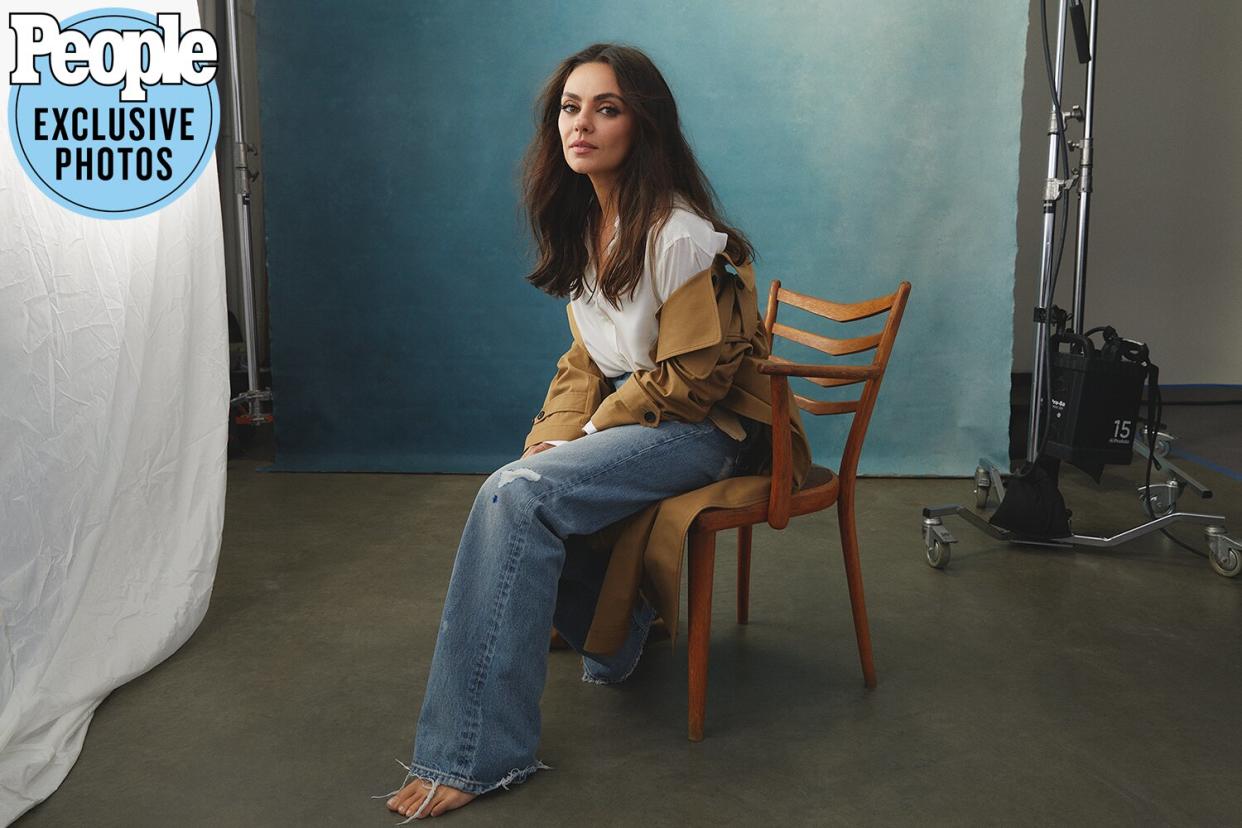 How do you two relax?

We both like a glass of wine. You want a rec? Red? White? I love Stag’s Leap. I love Nocking Point. I like Paso Robles. I’m not bougie by any means. I started drinking buttery Chardonnays, which I later realized was super cheesy. Apparently, buttery Chardonnay is an eye roll. But it’s like, “F you, dude. It just tastes good.” I’m no snob.

In a tough year, what’s given you the most hope?

Other than wine? [Laughs] Honest answer, insanely cheesy: my children. They have this natural ability to provide empathy without having to be taught. They have the desire to help without having to be asked. Kids today think more globally than I was raised to. It makes them aware the world around them is so much bigger, and they get a better sense of what they can provide. This generation of big thinkers is going to make a huge difference.

To help, go to gofundme.com/stand-with-ukraine

For more of the exclusive interview with Mila Kunis, and PEOPLE‘s 3 other People of the Year cover honorees, pick up this week’s issue, on stands Friday.