A fright at the museum! Mice are spotted scurrying around food counters, plates and a kitchen sink at cafe inside the Museum of London

This is the shocking moment mice ran wild inside a restaurant at one of the capital’s premier attractions – the Museum of London.

The vermin were spotted last night by a woman who had set up a temporary cloakroom in the Benugo Cafe at the museum’s site in London Wall, east London.

Iara Ramos, 20, who was helping out at a Christmas party in the building, filmed one mouse scuttling along food counters – next to signs for ham and cheese baguettes, and cheddar cheese.

The flight attendant from London, who is ‘super scared’ of the rodents, also took footage of a mouse wandering around plates and a kitchen sink, as well as the drinks bar, in the cafe. 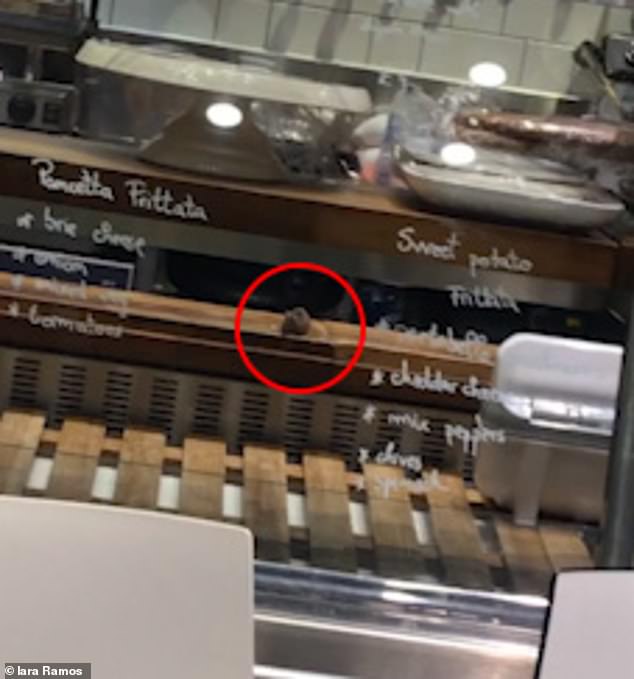 This mouse was spotted at the Benugo Cafe at the Museum of London last night by Iara Ramos, 20, who was helping out at a Christmas party in the building 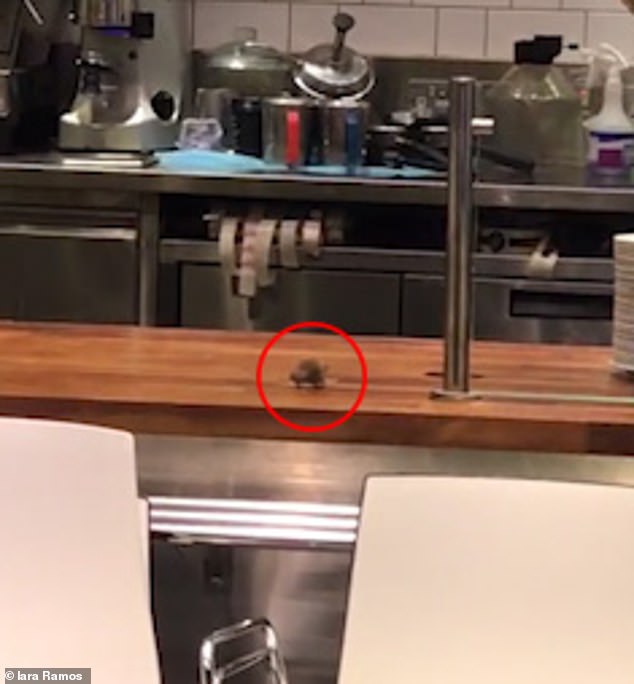 The mouse also scurried around plates and a kitchen sink, as well as the drinks bar, in the cafe. ‘I’m super-scared of mice so I was literally shaking and crying,’ said Ms Ramos 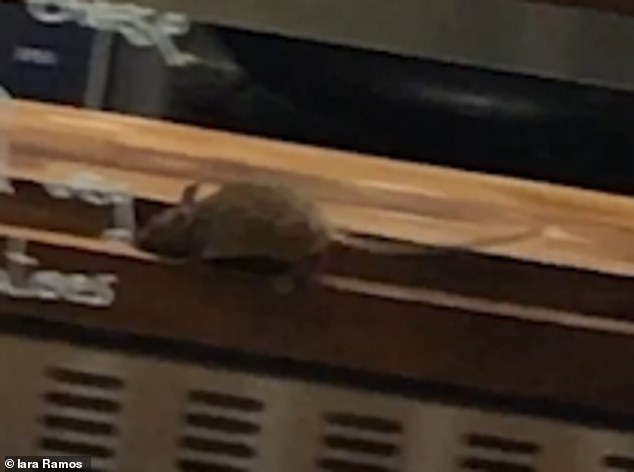 The Museum of London told MailOnline: ‘Like many public buildings in London, more mice have been entering the museum during the recent cold weather’

Ms Ramos had set up the cloakroom at 5pm and, within 20 minutes, the mice had appeared.

She told MailOnline: ‘I do a bit of part-time work for an agency and was asked to work at a Christmas Party at The Museum of London last night.

‘We set up a cloakroom in the Benugo cafe. After about 20 minutes, I started seeing mice – but as I was left by myself, I had to wait about two hours for the manager to come back

‘When I spoke to him, he said, “There’s nothing else we can do, we bring exterminators in every week but the mice keep coming back”.

‘I’m super-scared of mice so at that point I was literally shaking and crying.’

Ms Ramos, who was on duty there until 1.30am added: ‘[They told me that] In the mornings, they will clean the surfaces, but not the plates, because the plates are all washed the night before and left on the counter ready for the next day.’

No food had been left out at the time of Ms Ramos’s footage – and she didn’t spot any mouse droppings. 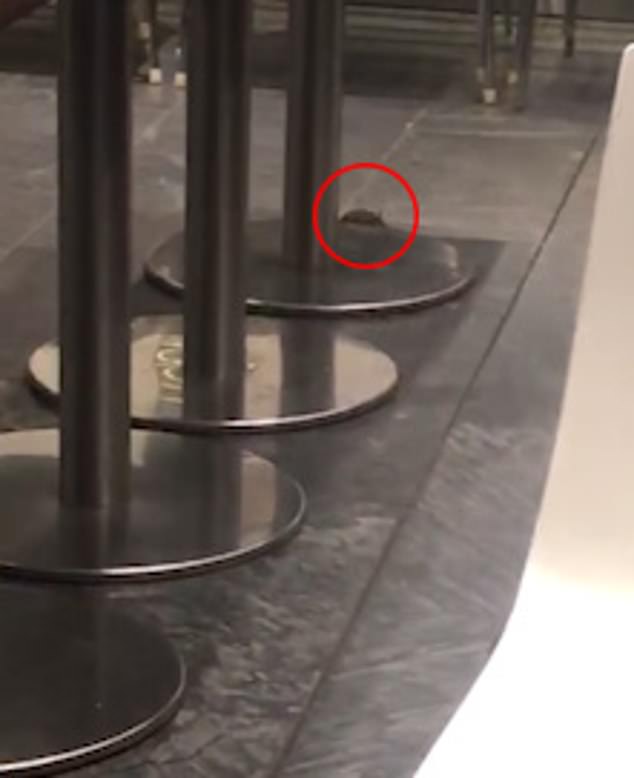 The Benugo Cafe at the museum, in London Wall, was last inspected by the Food Standards Agency in June 2018 – and was given a 5-star ‘Very Good’ food hygiene rating

‘Like many public buildings in London, more mice have been entering the museum during the recent cold weather.

‘Working with our specialist pest control contractors, we are taking immediate action to prevent this.’

The Benugo chain, which was founded in 1998, serves up fare such as pizza, salad, burgers, fish and chicken and has outlets around the country.

Their cafe at the museum – last inspected in June 2018 – has a 5-star ‘Very Good’ food hygiene rating (the highest level available), according to the Food Standards Agency.

The Museum of London, situated near the Barbican centre, chronicles the history of the city from prehistoric times up to the present day.

Its permanent galleries include Medieval London, Roman London and life during the Great Fire of 1666.

Among the current exhibitions is Beasts of London – an immersive tour through London’s history, narrated by the animals who once lived there: something those two mice might find quite interesting.