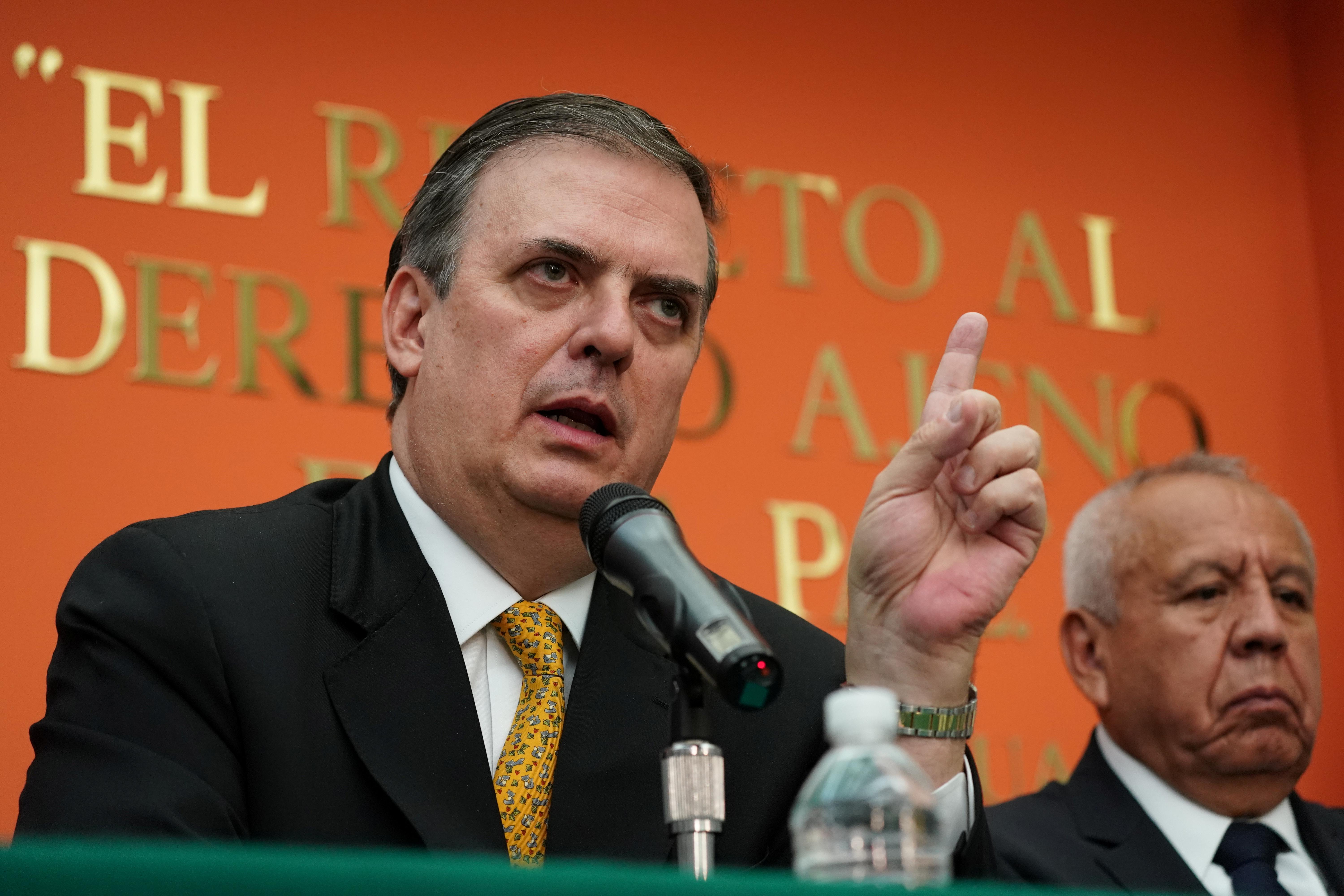 WASHINGTON (Reuters) – Foreign Minister Marcelo Ebrard said after a White House meeting on Tuesday that there has been a “significant decrease” in U.S.-bound immigration through Mexico, especially from Central America, and he expected the trend to continue.

Ebrard said his meeting with Vice President Mike Pence, and a briefer exchange with President Donald Trump, was friendly, and criticized comments made a day earlier by the acting director of U.S. Customs and Border Protection as an “unacceptable insult.”

“What Mexico has done is working,” said Ebrard, admitting that border crossings were still up from averages in September, “but the tendency is irreversible. … It is something that we think will be permanent.”

Ebrard said tariffs were not discussed and that Mexico brought up the illicit flows of arms from the United States that Mexican authorities want to freeze.

Mexico has repeatedly rejected the idea of acting as a safe third country, which would mean that U.S.-bound asylum seekers traveling via Mexico would have to first claim asylum in Mexico.

“We have not and we will not accept the famous safe third country (status). They know it,” Erbrard told a news conference.

On Monday, acting U.S. Customs and Border Protection Commissioner Mark Morgan told reporters U.S. officials were working to come up with some sort of “cooperative agreement,” when asked if the United States still sought a “safe third country” agreement with Mexico.