BBC Weather: Temperatures set to drop as band of snow moves in

Britain is braced for temperatures to plunge to -10C in parts as a blast of cold air hits the nation in the wake of Storm Christoph. The Met Office has warned the mercury cloud plunge to biting lows of -10C in some parts of Scotland and -7C in northern England. Large swathes of the UK will see snow and ice this weekend, with up to four inches expected in higher areas. The Met Office issued a raft of warning on Friday, but this morning a further batch of alerts were issued by the national weather forecaster.

Icy patches could lead to some travel disruption in the area, with the alert in place from 10.30am to 11am on Sunday.

The warning reads: “Scattered sleet and snow showers will continue throughout the day and overnight into Sunday.

“This will lead to possible lying snow accumulations of 2-4cm at low levels and 5-10cm in higher spots. Icy patches are also likely to form overnight.” 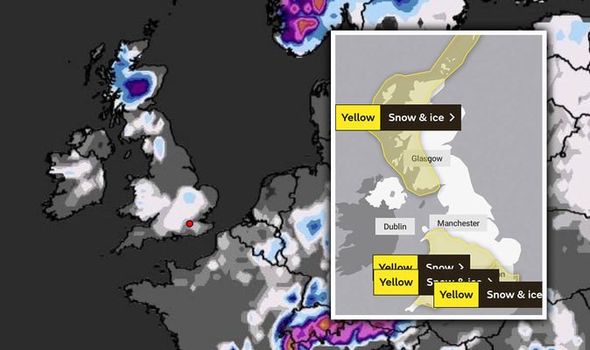 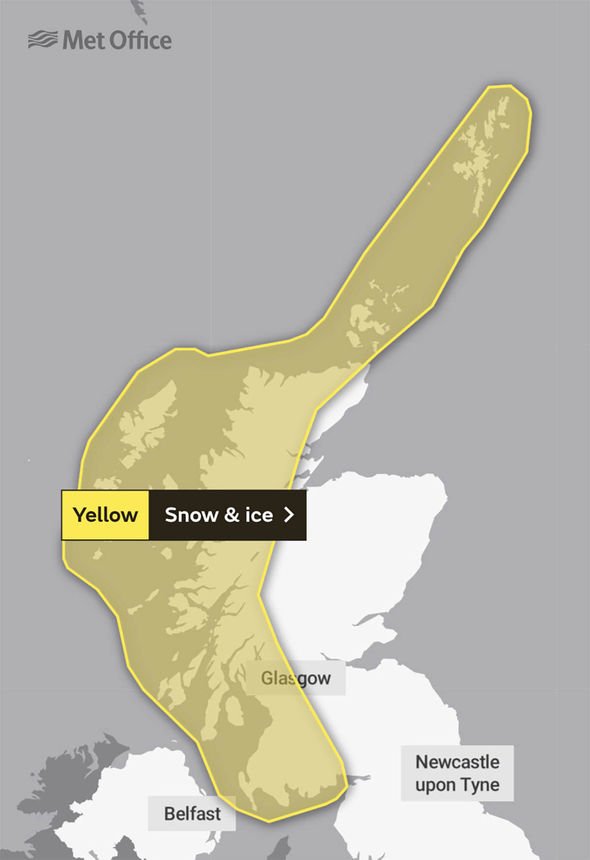 On Sunday, the Met Office has issued a further snow warning for England, which is in place from 3am to 9pm.

The alert reads: “An area of snow will move across Wales and central & southern England on Sunday, becoming slow moving for a time across the Midlands.

“This will bring 1-3 cm of snow across much of the warning area, though not all sites will see lying snow, with areas above 100 m likely to be worst affected.

“Here areas of 5-10 cm of snow are possible, particularly for parts of Shropshire, Worcestershire, Gloucestershire, Oxfordshire and Hampshire.” 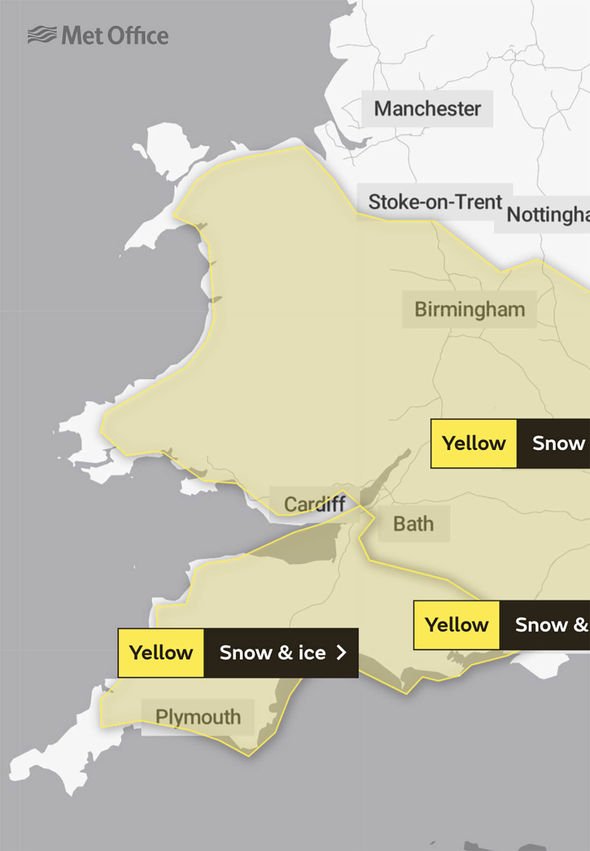 There were already two weather warnigns in place for Sunday, with one spanning the entire south west region apart from the far tip of Cornwall.

The warning, in place from 1am to 6pm, states a band of rain and snow followed by snow showers will bring disruption to the area, with icy patches expected.

“Higher ground such as Dartmoor and Exmoor are likely to see the largest accumulations with 10-15 cm possible here.

“Once the main area of precipitation clears wintry showers will feed in from the west maintaining the risk of icy stretches and more localised snow accumulations.” 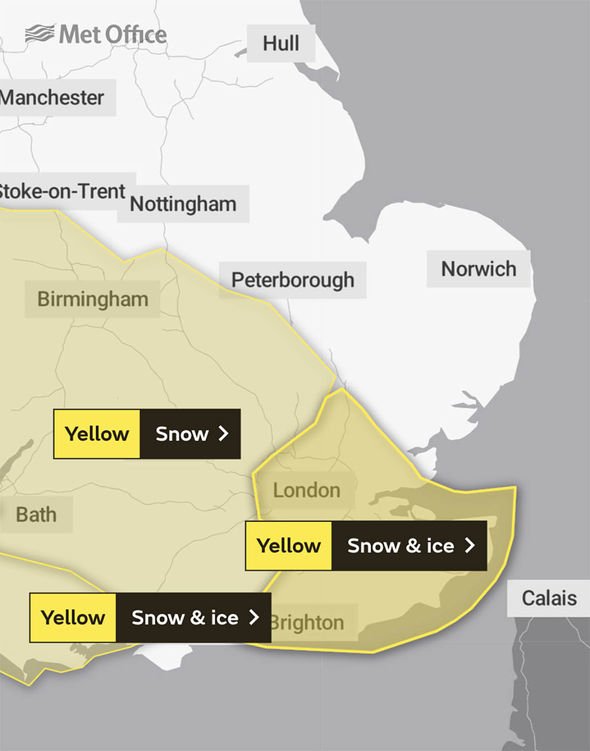 While in the south east, a snow and ice warning is in place to cover parts of London, East Sussex, Kent and Essex from 8am tomorrow to 11.59pm.

The Met Office says snow and ice will linger over this area on Sunday, leading to potentially disruptive and dangerous icy stretches.

The alert reads: “An area of rain, sleet and snow will move into southeast England from the west on Sunday morning, lingering here for much of the day before gradually clearing Sunday night.

“One to 3cm of snow is possible in places, mainly above 100 m, with icy stretches forming as this arrives – some persisting during the day or reforming as the precipitation clears during the evening.”