The Met Office has released a forecast for the bank holiday weekend predicting occasional sunlight and a smattering of rain until Monday. Most of the country will see periodic spells of rain and sometimes hail as the mercury plummets towards freezing. Tonight, temperatures will fall to 1C at their lowest, with a maximum of 14C this Monday.

Met Office forecasters have painted a bleak picture for the UK this weekend.

Some people will have woken up to a covering of frost and cloud this morning, while those lucky enough to see sunshine will have been battered with wind and rain.

A Met Office spokesman said: “There is a risk of heavy showers for the Midlands and South East, with a risk of hail, and some of the showers could be wintry over higher ground in the north.

“It will feel cold in the stronger winds.” 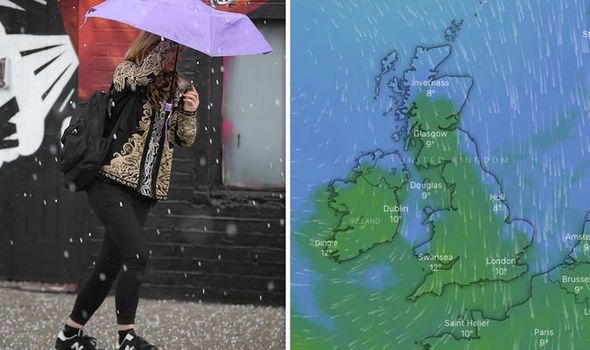 “Sunday will be generally dry away from the far North East, where showers are expected to continue, and these are likely to spread southwards introducing more of a spilt by Monday, with showers in the North East and settled, dry weather in the South West.”

According to the RAC, 13 million people are scheduled to travel or the long weekend, and they warn the cold weather could cause trouble with cars.

RAC traffic spokesman Rod Dennis said: “The advice is to try to use the roads when they are quieter, which primarily means avoiding Friday afternoon and evening if possible, and setting off earlier on Saturday if possible, especially if travelling any great distance.

“The colder nights could be enough to cause problems with older car batteries – seriously disrupting plans for a getaway.” 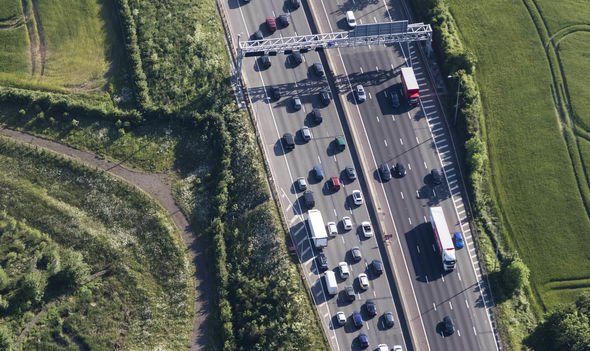 There is one flood alert in force for the weekend, which has been issued along the north sea coast from Staithes to Whitby.

The Environment Agency says: “Overtopping waves and spray are expected at Sandsend between 6.30pm and 8pm on Saturday, May 4.

“Areas most at risk are coastal land and roads, particularly at Sandsend. Coastal conditions should ease after 8.15pm, as the astronomical tide recedes.”

The Environment Agency has warned residents or visitors to the affected areas should “exercise care” if walking or driving close to sea defences. 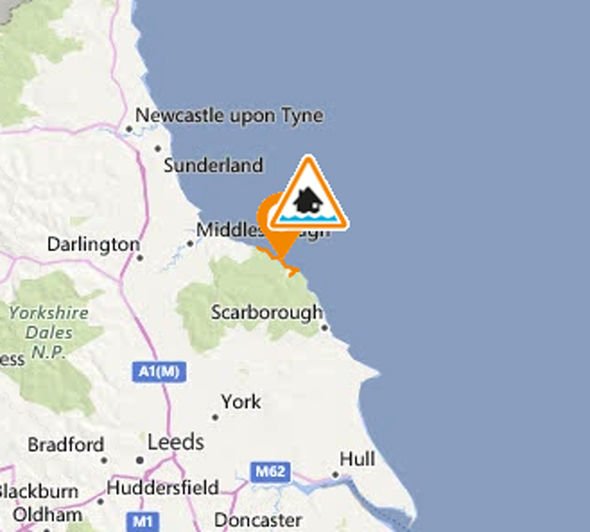 The Met Office is more optimistic about the days following the bank holiday.

Aside from a few possible thunderstorms, the weather is expected to generally become more settled.

In the south, temperatures are expected to slowly increase once again towards the normal range for spring.

However, the north will remain cold for the rest of the coming week.