A HOUSEHOLD Cavalry member appeared to faint ahead of today's Remembrance Sunday ceremony.

Photographs show the guard lying face down on the ground, with a concerned crowd watching at the Cenotaph memorial in central London.

The remaining members of the Household Cavalry stayed professional, with only one member looking down to his fellow guard.

Images show the unnamed guard lying on the floor with their helmet having fallen off after supposedly fainting.

The guard's fall took place before the two-minute silence at 11am.

It is not known what has happened to the guard or their condition as a result of the fall.

Hundreds of servicemen and women and nearly 10,000 veterans marched past the war memorial in London.

They were led by the Coldstream Guards – the oldest continuously serving regular regiment in the British Army.

The Household Cavalry is formed of two regiments, The Life Guards and The Blues and Royals.

Several thousand onlookers gathered from as early as 7am in chilled and overcast conditions this Sunday morning.

Some were reported to have travelled from across the country and abroad to watch the service.

Last year's ceremony was closed to the public due to the pandemic, with only 26 veterans in attendance.

Buckingham Palace also announced this morning that the Queen had withdrawn her attendance after spraining her back.

This would have been her first public appearance since last month's precautionary stay in hospital.

The two-minute silence was held in honour of all those who have lost their lives in conflict.

Prince Charles was first to lay wreaths on his own behalf and for the Queen after The Last Post was sounded by The Royal Marines Band buglers.

A procession of politicians was led by Boris Johnson, which included Sir Keir Starmer, before Commonwealth dignitaries and military and defence chiefs also laid wreaths.

The Prime Minister said it was a moment to “come together to remember those who sacrificed everything in service of our country”. 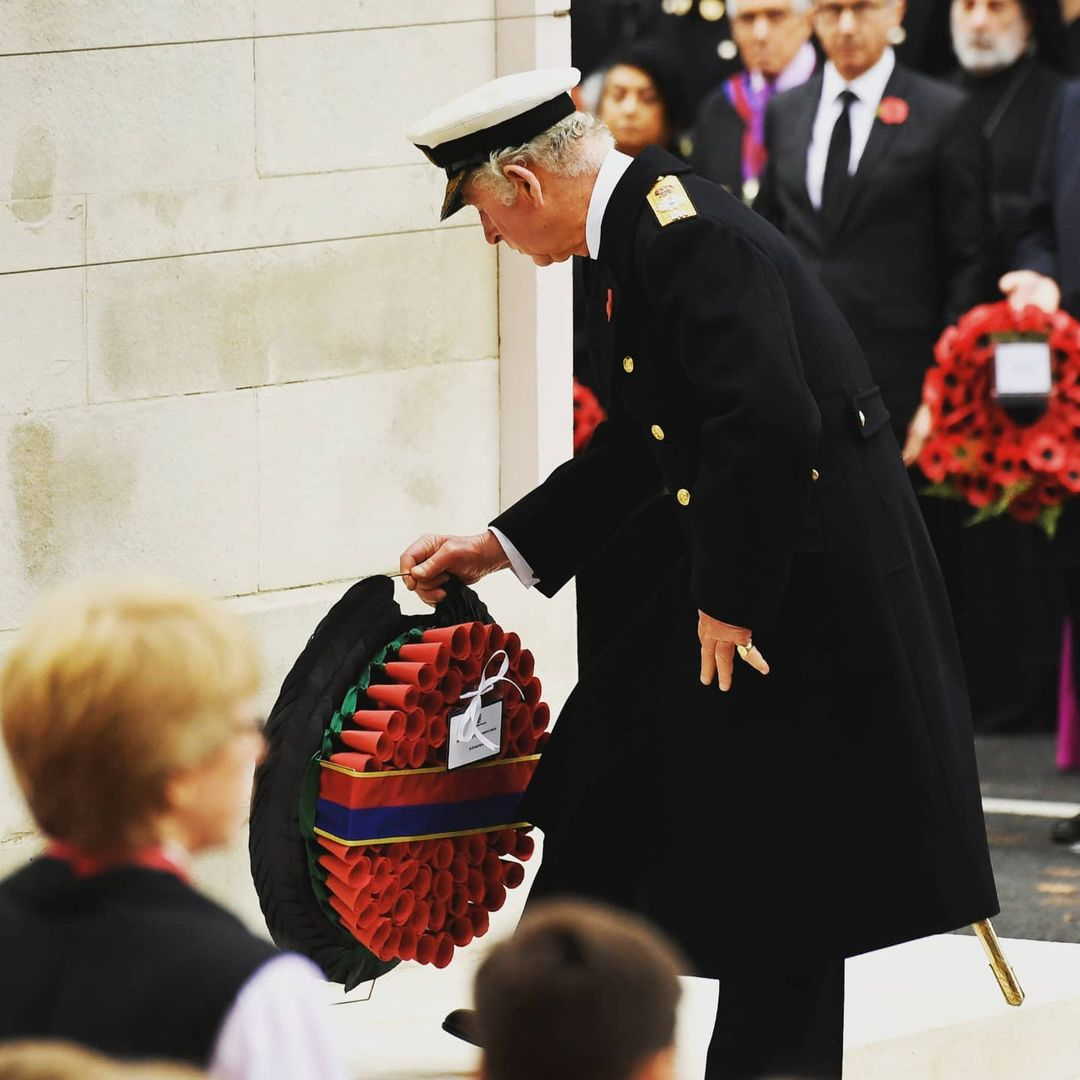