‘He knows where the bodies are buried’: May is warned that Gavin Williamson will take revenge as the PM faces backlash over ‘crackers’ decision to fire him over the Huawei leak days before crunch local elections

Theresa May is facing a major backlash from furious Tory MPs over her ‘crackers’ decision to fire Gavin Williamson as defence secretary just days before a key local election.

The Prime Minister was warned that Mr Williamson – who continues to protest his innocence – will seek revenge for the way he was unceremoniously booted out of Government.

But he was fired by the Prime Minister on Wednesday after an inquiry into a leak to the Daily Telegraph of information about the Chinese tech giant from the National Security Council meeting pinned the blame on him.

‘Gavin knows where the bodies are buried — because he buried them himself,’ a Tory source told The Times. 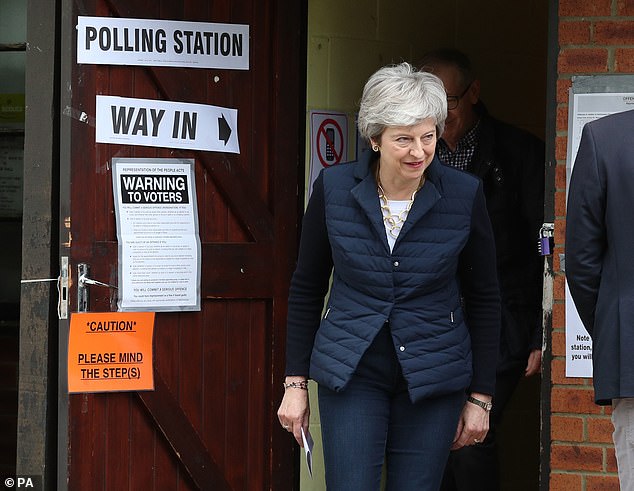 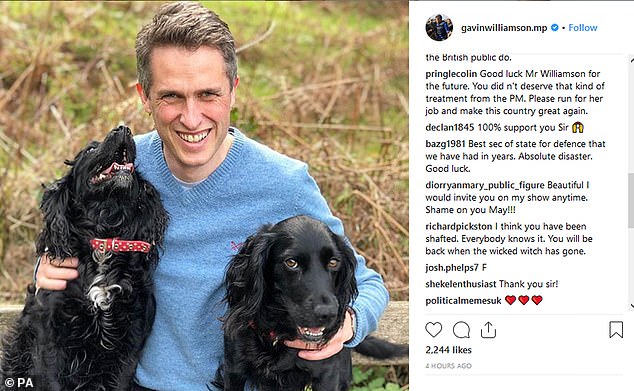 Mr Williamson took to Instagram yesterday, saying it had been a ‘tough week’

A Tory MP told the paper the decision to fire him days before the local elections, in which the Tories are on course to take a humiliating drubbing from voters, was ‘crackers’.

He added that it showed Mrs May was  ‘in the bunker without any shred of political intelligence left’.

It came as it was reported that Donald Trump’s secretary of state is to warn Mrs May against giving Huawei access to Britain’s 5G networks.

Mike Pompeo will tell the Prime Minister that the Chinese technology company poses a security risk to Britain.

The former head of the CIA will meet Mrs May and Jeremy Hunt, the Foreign Secretary, in London next Wednesday.

He will also deliver a speech on the state of the UK-US ‘special relationship’.

The source said: ‘What we want to do with friends, allies, partners on this issue is share with them the things we know about the risks that the presence of Huawei and their networks present.

‘We see that as imperative, the risk to their own people, to the loss of privacy protections, the risk that China will use the data in a way that’s not in the best interests of their country.’

The Prime Minister’s decision to give Huawei limited access to Britain’s 5G network has put renewed strain on the relationship with Washington.

The White House has been lobbying European allies against letting the firm into its networks, fearing that the Chinese government has significant control over Huawei, despite its denials.