Another romantic getaway? Shamed Matt Hancock is spotted on night out with lover Gina Coladangelo in Croatia just weeks after they enjoyed break in Swiss Alps

Former Health Secretary Matt Hancock and his lover Gina Coladangelo were spotted out for dinner as they enjoyed their latest romantic getaway to Croatia.

The ex-minister, 42, and his former aide, Miss Coladangelo, 44, were snapped at Lvxor – a café and restaurant in the Croatian city of Split offering a mix of local cuisine and international fine dining.

In the video, which was filmed on Saturday night, the pair appear to be enjoying glasses of wine, sat at a table outside the front of the restaurant while being serenaded by a guitarist singing on the venue’s steps.

The restaurant, named after the Egyptian city of Luxor, describes itself as ‘the favourite meeting point of the cultural and social elite of Split and one of the most frequently visited spots for both domestic and foreign visitors of our city’.

It says the venue is ‘widely known for its quality aroma of coffee, homemade delicacies, national cuisine, extensive wine list and a number of cultural happenings’.

From the outdoor seating, guests can enjoy the view of the Bell Tower of St. Domnius, the patron saint of Split, and the eternal Peristyle Square.

The venue says that during spring and summer nights the square ‘becomes a unique stage for romantic concerts and dancing for all of our guests’.

Matt Hancock and Gina Coladangelo were sat outside a romantic restaurant in the city of Split, Croatia, and appeared to be enjoying a glass of wine while they were serenaded by a guitarist 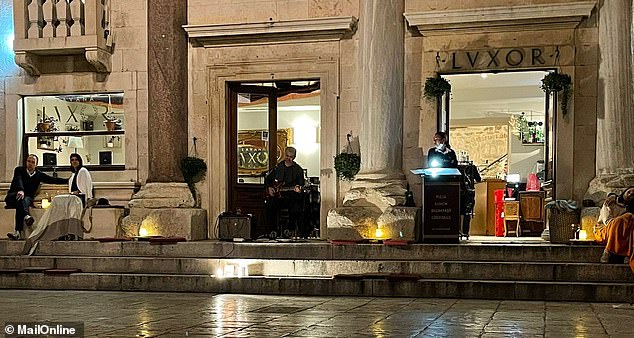 Split is a bustling, modern city with a population of 250,000 and one of the area’s busiest ports.

With the Dalmatian mountains behind and the islands of the Adriatic in front, the Croatian city is a glorious mix of labyrinthine old town and beautiful vistas.

Last night, pictures showed Hancock wearing dark trousers with a dark jumper over a white shirt while Ms Coladangelo was dressed in a white cardigan over a dark dress.

Sources say the couple, who have continued dating since their affair was exposed, finished at the restaurant shortly before 9pm and that Mr Hancock donned a dark baseball cap as they left the square.

The sighting comes just months after Mr Hancock was forced to quit the Cabinet when CCTV from his Whitehall office was leaked of him kissing his married aide in breach of Covid social-distancing guidance. 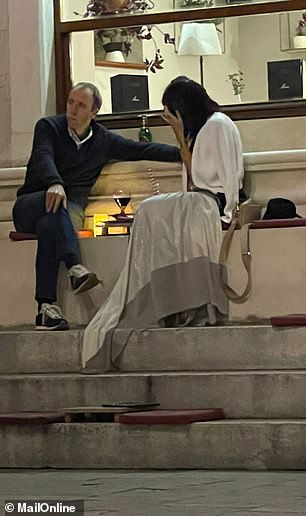 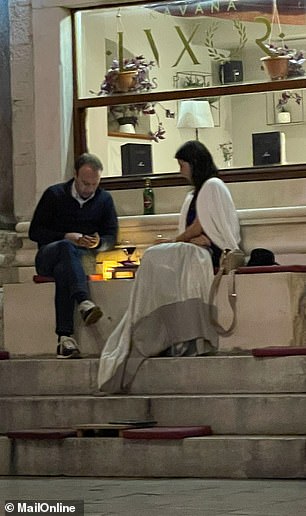 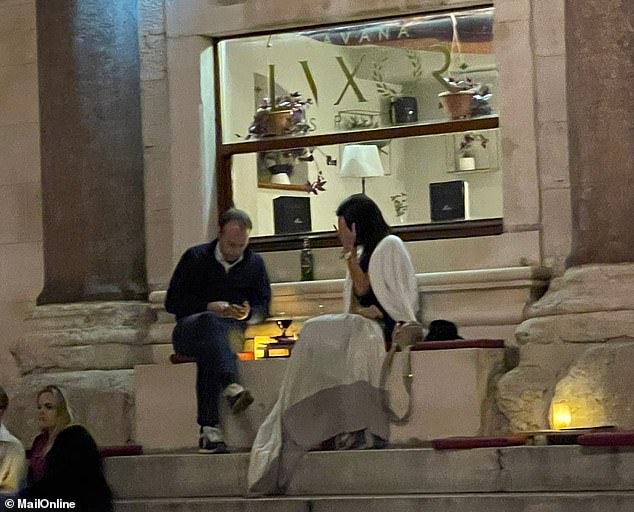 This is the second known holiday the couple have been on after they were spotted in the Swiss Alps last month.

Mr Hancock and his lover, who first met while they were both studying at Oxford, were spotted checking in at an £87-a-night hotel tucked away in the mountains in the village of Villars-sur-Ollon, near Montreux.

The Hancocks, who married in 2006, had lived with their daughter, 14, and two sons, 13 and eight, in London and West Suffolk, until earlier this year when Mr Hancock’s affair was exposed.

Mr Hancock’s kiss with Miss Coladangelo, a mother-of-three whose husband Oliver Tress is the founder of clothing shop Oliver Bonas, is alleged to have taken place on May 6 this year.

After the footage emerged, Mr Hancock confirmed his resignation and said he wanted to ‘reiterate his apology for breaking the guidance’. 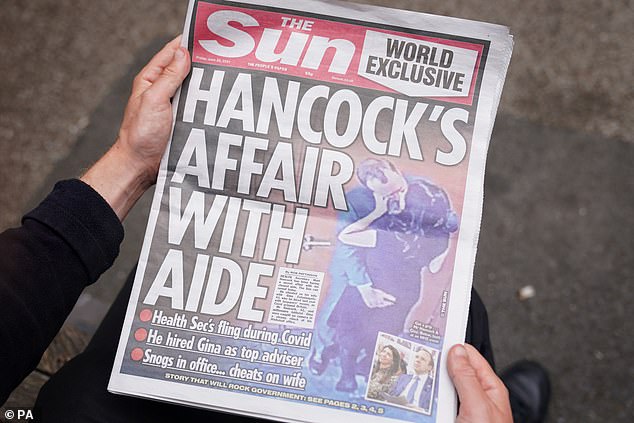 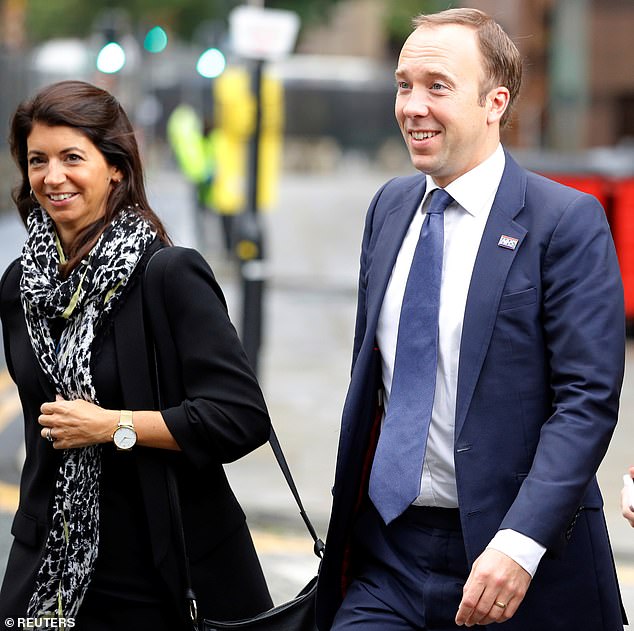 Mr Hancock’s kiss with Miss Coladangelo, a mother-of-three whose husband Oliver Tress is the founder of clothing shop Oliver Bonas, is alleged to have taken place on May 6 this year

He said: ‘The last thing I would want is for my private life to distract attention from the single-minded focus that is leading us out of this crisis.

‘I want to reiterate my apology for breaking the guidance, and apologise to my family and loved ones for putting them through this. I also need (to) be with my children at this time.’

And a letter issued to the public read: ‘I am writing to resign as Secretary of State for Health and Social Care.

‘We have worked so hard as a country to fight the pandemic. The last thing I would want is for my private life to distract attention from the single-minded focus that is leading us out of this crisis.’