A MASS brawl erupted in a departure lounge in Miami International Airport after passengers argued over seats available on the plane.

Shocking footage shot by a person inside the American Airlines terminal captures fist fights among two groups of people, as onlookers plead for them to stop. 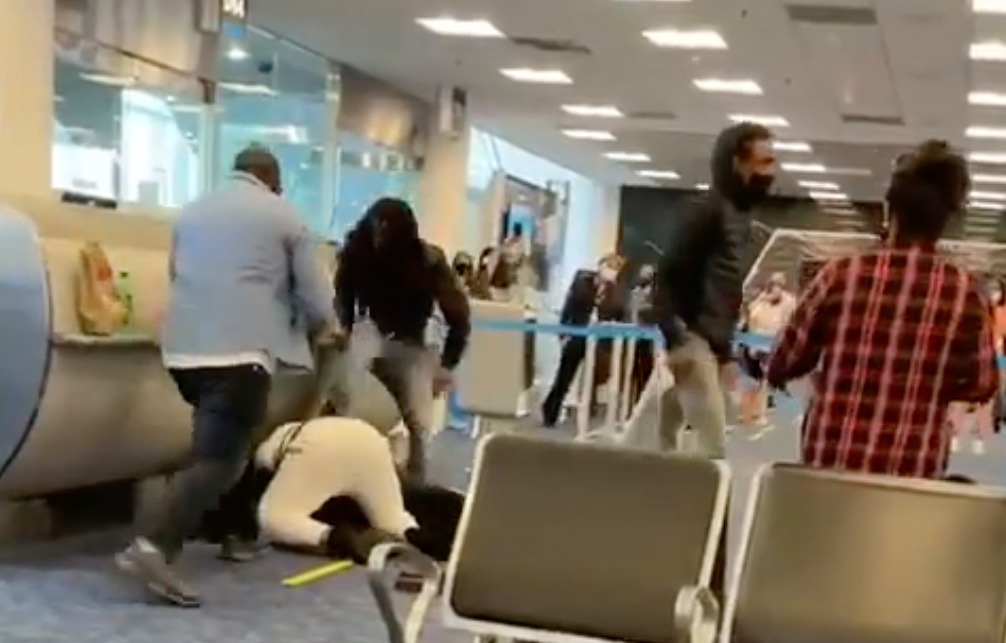 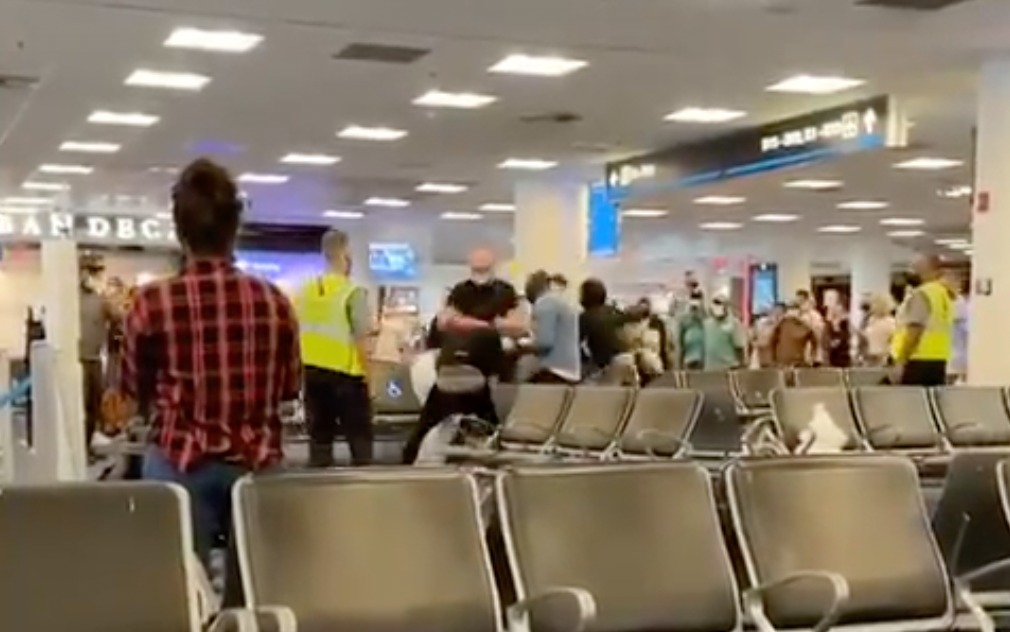 A witness told Local 10 News that the brawl started over an argument about seats available on the plane.

Seven people were involved in the scuffle, the witness said.

In the video, several small groups of people can be seen brawling with one another, spread across the departure terminal.

One person can be seen lunging at another, while another person throws punches at someone on the ground.

Other passengers and people in the terminal can be heard screaming for the fighting to stop, while also trying to summon security.

“Guys, stop it,” a male voice can be heard yelling.

The fighting appears to escalate as the video progresses; at one stage, two people can be seen viciously kicking another person on the ground. 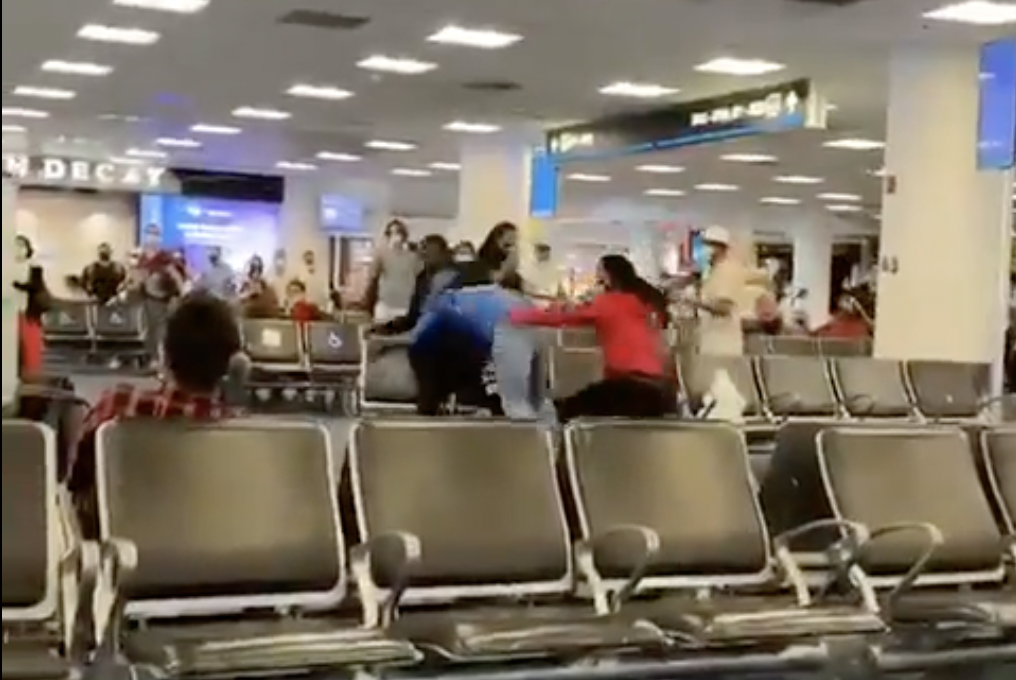 Security eventually arrives at the scene and attempts to break up the fighting.

Miami-Dade Police told Local 10 News that they responded to the scene, but the victim did not want to press charges.

The victim was treated for minor injuries at the scene by Miami-Dade Fire Rescue.

One person was arrested over the incident for disorderly conduct.

According to the witness, airport police stayed at the scene for over an hour.

A raft of Covid-19 restrictions were lifted in Miami-Dade on April 6, leaving only general regulations on masks and spacing and a few restrictions targeting specific industries.

The rules quashed in the party town included a ban on boats rafting up with each other as well as a rule in bars requiring 10 feet between customers and performers.

The regulation was reportedly designed to ban lap dances at strip clubs.