Married PCSO, 49, asked woman when she last had sex and what type of sex she liked after she called to complain about a noisy neighbour

A community police support officer asked a woman when she last had sex after she called up to complain about a noisy neighbour.

Kent PCSO Thomas Daley, 49, told the woman he was married but did not have sex with his wife after she made the routine call in 2020.

‘He said he found her attractive and asked her if she found him attractive,’ said Richard Cherrill, prosecuting.

‘He then became more specific and asked what kind of sex she liked.

‘He asked her when she had last had sex and asked her what kind of sex she liked. This of course was nothing to do with the original complaint.

‘The demonstration of his attraction to her and his desire to pursue her is what he hoped would be some kind of relationship.’ 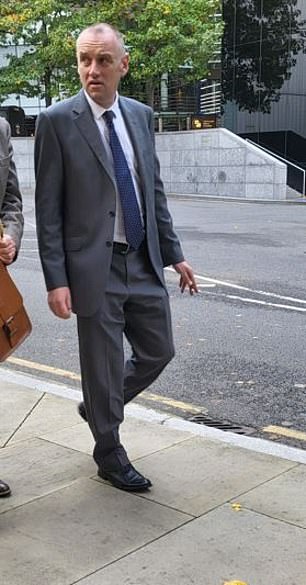 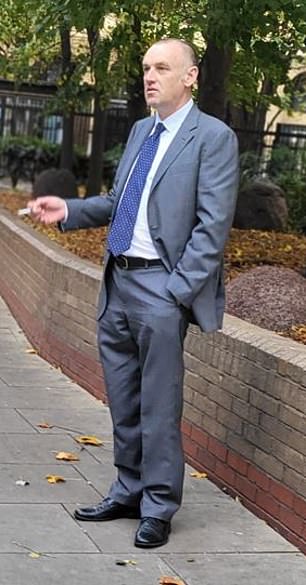 PCSO Thomas Daley, pictured outside Southwark Crown Court admitted Misconduct in Public Office after he made inappropriate approaches to a woman who had complained about a noisy neighbour

The Canterbury-based PCSO also sent the woman a series of WhatsApp messages over a four day period in July 2020, Southwark Crown Court heard.

Daley also lied about leaving a book at her home to give him an excuse to go back.

The prosecutor read from a victim impact statement directed to the PCSO that said: ‘I let you into my house because I trusted you as the police and you were in a position of trust when you were in that uniform.

‘I barely looked you in the eye, I didn’t think twice about you.

‘When that second message came through, I panicked thinking it would be urgent. When you messaged again I thought you were bored at work. I thought maybe you were just a nice guy with time on your hands.

‘Then you told me you had lied. You decided to tell me you were married and didn’t have sex with your wife.

‘You chose to do what you did because I was vulnerable. You don’t deserve to be in a position that is there to protect people.’

Daley has since resigned as a PCSO and now works as a security guard.

Adrian Macho, defending, said Daley’s wife was aware of the incident and they ‘remain as a couple and a family unit.’ 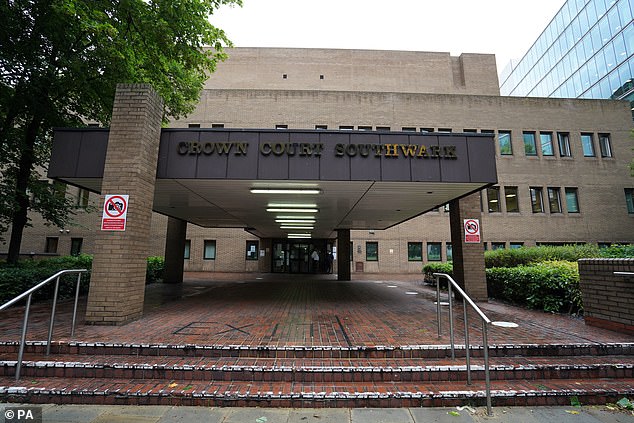 Daley, of Deal, Kent, resigned as a PCSO and now works as a security guard

He broke down sobbing in the dock as Judge Alexander Milne, KC, described the offence as ‘a gross violation of trust.’

The judge said: ‘Everybody who turns to the police in a time of need is to a certain extent vulnerable. This particular complainant was more vulnerable than most.

‘They made no indication and in no way were you led to believe that it would be appropriate to contact her.

‘This is exploitation in the eyes of the public, since police and PCSOs both exercise the same powers under the law.

‘Public confidence in the police is low. It is low because of the actions of many others, some of whom of course their cases are on a far worse scale than this.

‘However every case of this nature chips away at the confidence the public should be able to invest in the police.

‘You will live with this for the rest of your life.’

Daley was sentenced to eight months’ imprisonment suspended for two years, during which time he must carry out 150 hours unpaid work in the community.

He must also attend 20 days of rehabilitation activity.

Judge Milne congratulated the bravery of the victim for speaking in court and expressed his ‘profound sympathy.’

He said: ‘It is shameful that she had to go through that. I hope today’s sentence shows that this was marked by the courts as being a serious offence.’

IOPC regional director Graham Beesley said: ‘Ex-PCSO Daley was found to have engaged in an inappropriate level of communication with a woman, using his personal mobile phone, contacting her while on and off duty, and generally engaging in conversations unrelated to his professional duties.

‘He failed to maintain appropriate and professional boundaries between himself and the woman and failed to follow police policy by observing guidance on maintaining this boundary.

‘He has now paid the price for his behaviour.’