They join the federal government and 25 state governments to make such a move.

The bans, which apply to internet-enabled devices such as mobile phones, tablets, and computers, have been growing exponentially since November when FBI director Chris Wray expressed concerns that China’s government could use the app owned by Chinese tech giant ByteDance to exploit Americans’ user data for espionage operations and to control their mobile device software.

Later in December, Wray warned in testimony before Congress that the Chinese Communist Party (CCP) could potentially use TikTok's app to manipulate content for influence operations. The concerns flow from laws in China that allow the CCP to force foreign and domestic companies operating within its borders to share user data.

Globally, TikTok — known as Douyin in its domestic market and operated as a separate app — boasts more than 1 billion monthly active users. In the U.S., the company’s monthly estimated users as of July 2022 totaled 140.6 million, according to DataReportal.

In testimony before members of the Senate Homeland Security Committee in September, TikTok Chief Operating Officer Vanessa Pappas declined to pledge that the company and its parent ByteDance would refrain from collecting and sending Americans’ data to China and to China-based employees. 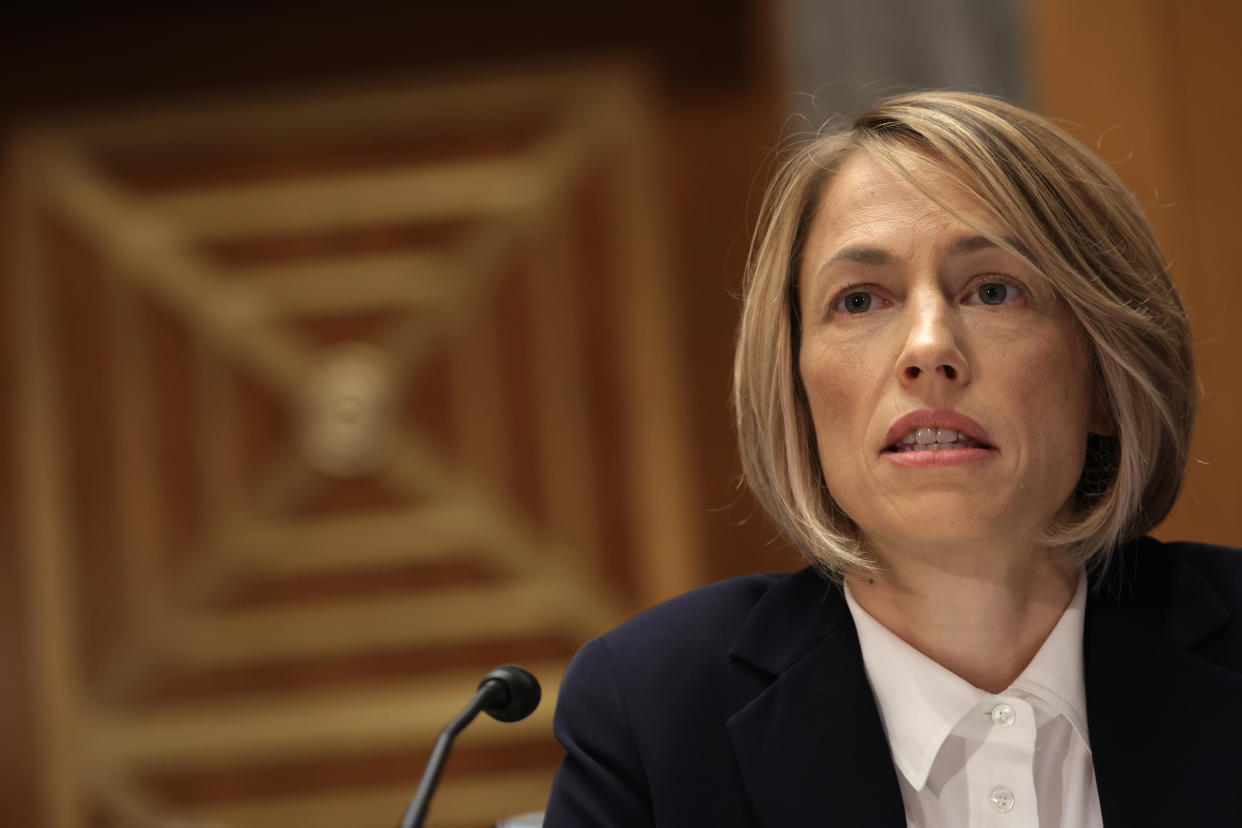 Months later on December 1, South Dakota became the first state to ban the app through an executive order signed by Republican Governor Kristi Noem. The order says the purpose of the ban is to safeguard users' stored browsing data, keystrokes, and location information.

A subsequent investigation by White for Forbes revealed that ByteDance had accessed the data of its U.S. TikTok users for surveillance operations. Faced with internal company audio recordings obtained in the investigation, the company admitted that its employees tapped the IP addresses of journalists to monitor their physical locations. Forbes further reported that nearly two dozen ByteDance directors and several hundred of its employees were currently or previously employed by China's state-run media outlets.

On December 29, President Joe Biden signed into law a prohibition on federal employees' use of the app on devices issued by the federal government. Some exceptions to the law apply to devices issued to employees engaged in law enforcement, national security, and research positions.

The Committee on Foreign Investment in the United States (CFIUS), which oversees national security concerns posed by foreign investments in the U.S., has also been working to impose oversight on TikTok’s U.S. operations to safeguard American interests.

A Senate bill introduced by Republican lawmaker Marco Rubio (FL) on December 13 seeks to block and prohibit all transactions from any social media company that operates within or under the influence of China, Russia, and several other countries of concern. The bill is titled the Averting the National Threat of Internet Surveillance, Oppressive Censorship and Influence, and Algorithmic Learning by the Chinese Communist Party Act, or ‘ANTI-SOCIAL CCP Act.