Ryan Howarth, 21, of Andover, Hampshire, struggled to munch anything other than the classic kids meal since the age of four. 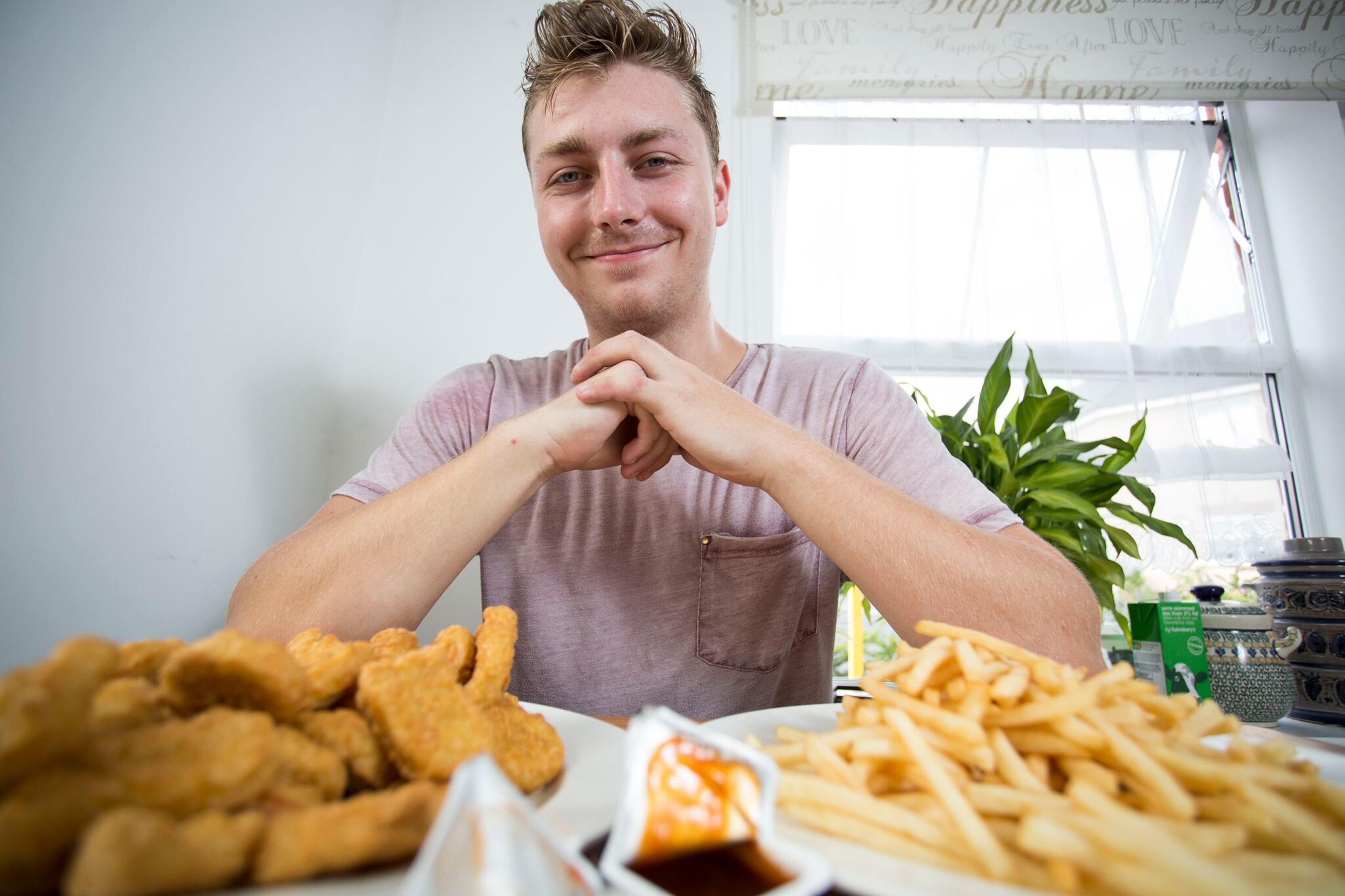 His Selective Eating Disorder left him eating chicken nuggets and chips for 90 per cent of the last 17 years.

On very rare occasions he could stomach steak, sausage, pasta and sweets.

When offered other foods, the cinema host felt like they were so “foreign” that they were impossible for him to even try.

He even wept for 20 minutes after his mum asked him to try root vegetable mash.

His family kept reminding him about the health risks of his very unbalanced diet, which led him to finding a therapist. 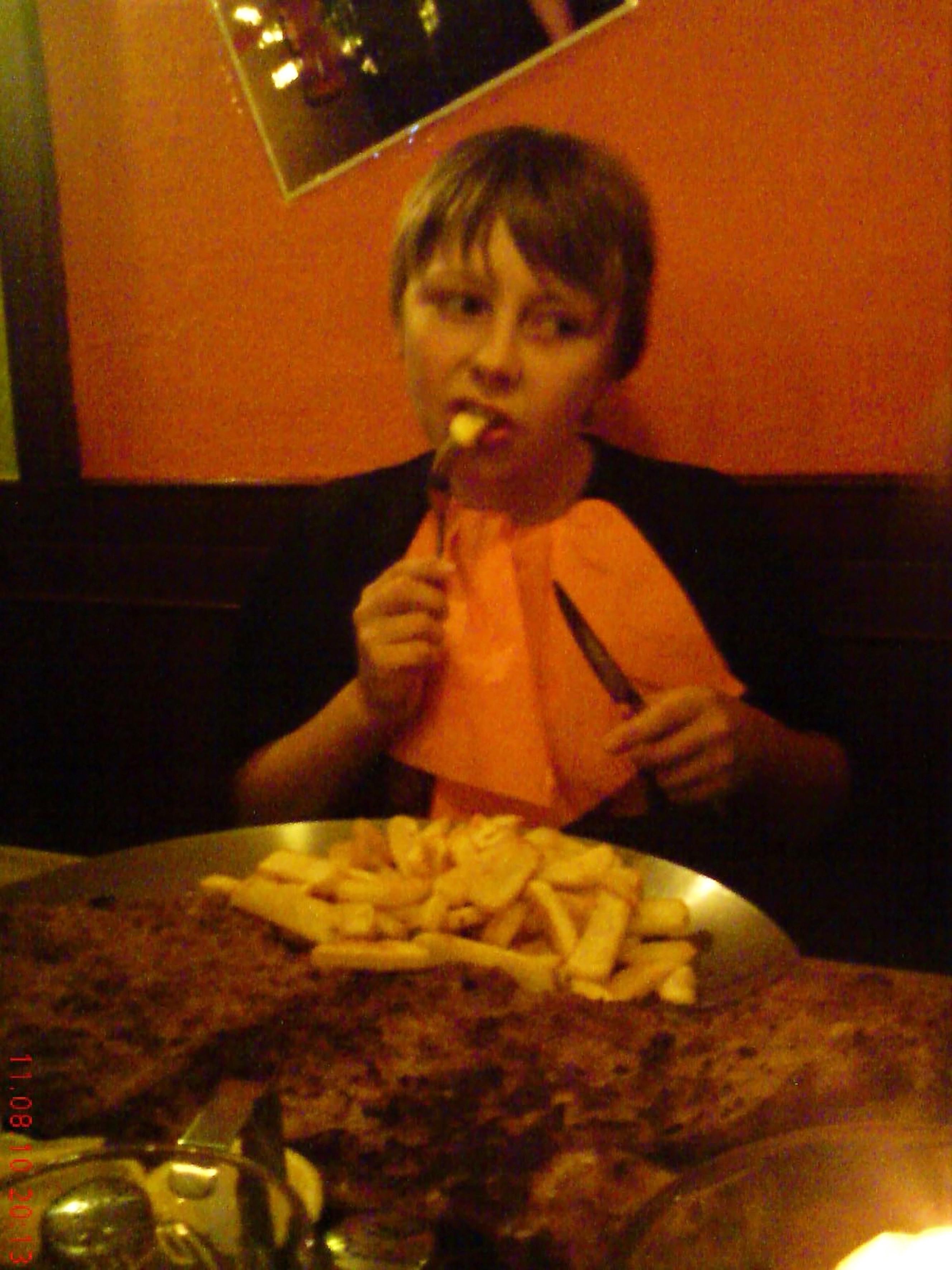 The treatment given by his therapist, Felix, was so effective he was persuaded to try out some other foods before he even left the room.

Within minutes, Ryan was eating a variety of dishes with no hesitation.

He said: “I used to just think that’s what my life was. I just ate the foods I wanted to.

“The way I reacted when someone asked me to eat more was the same way most people would react if I asked them to eat an exotic food, like insects. It just felt so foreign to me.

“My family started getting worried that my diet could cause health problems later on in life. 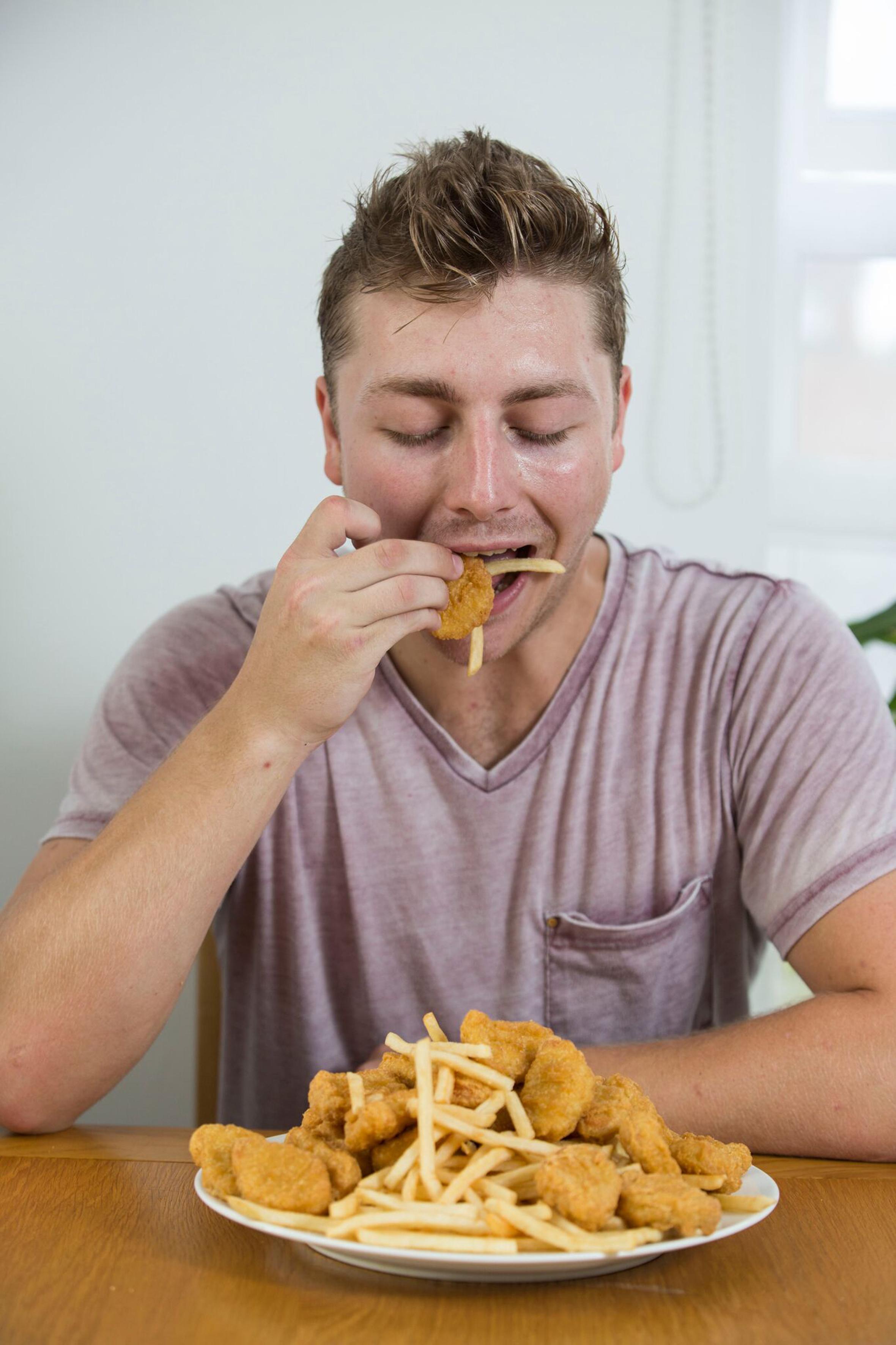 “When I was still in the room with Felix, I was eating a bunch of different foods without hesitation.

“Now I’m eating so many different things. There’s ones I like and there’s ones I don’t like, but I’m basically testing everything out.

“It’s amazing how I’m enjoying foods I never expected I’d like. I never thought I’d like pineapple, but now it’s one of my favourites. 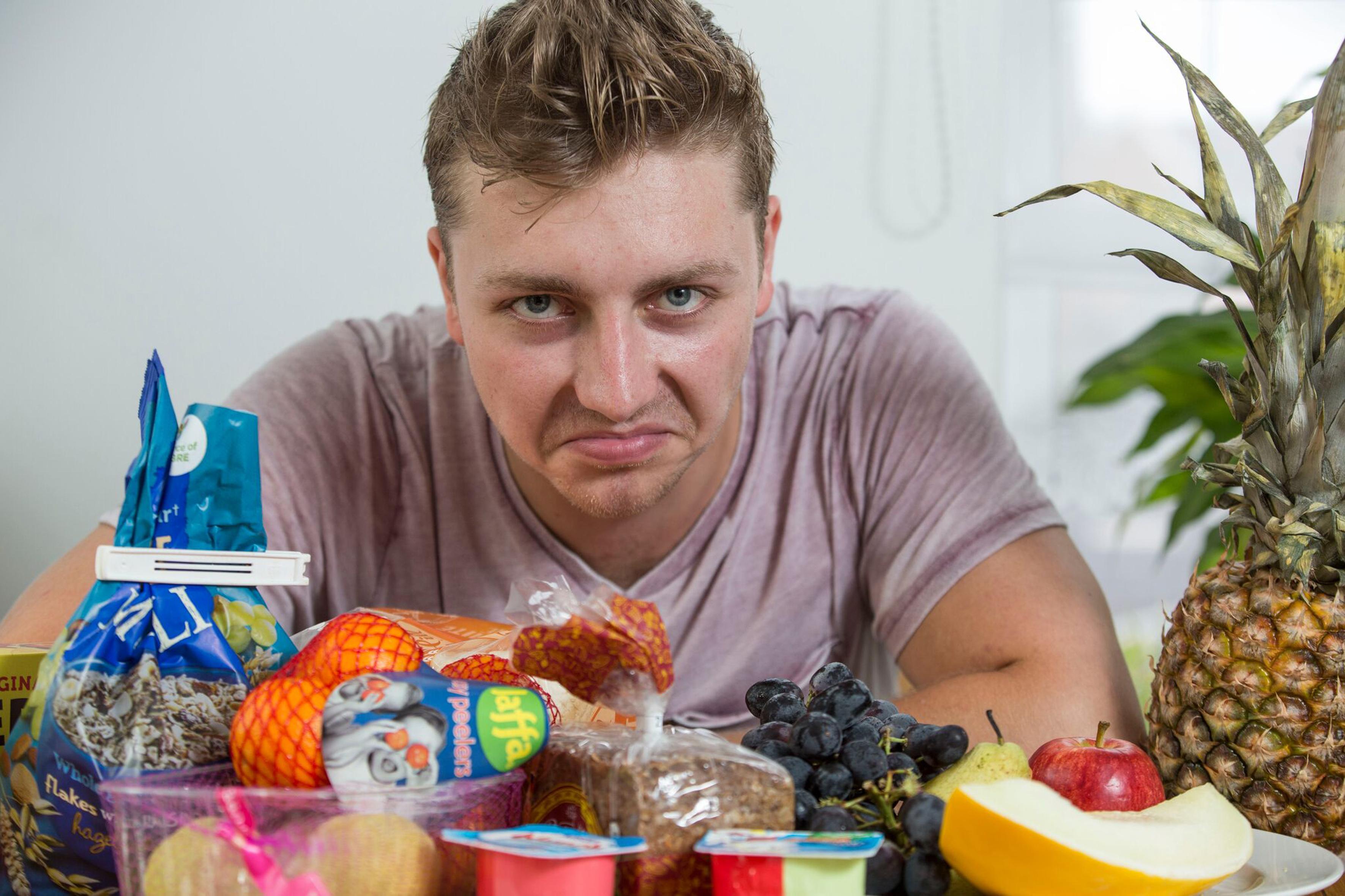 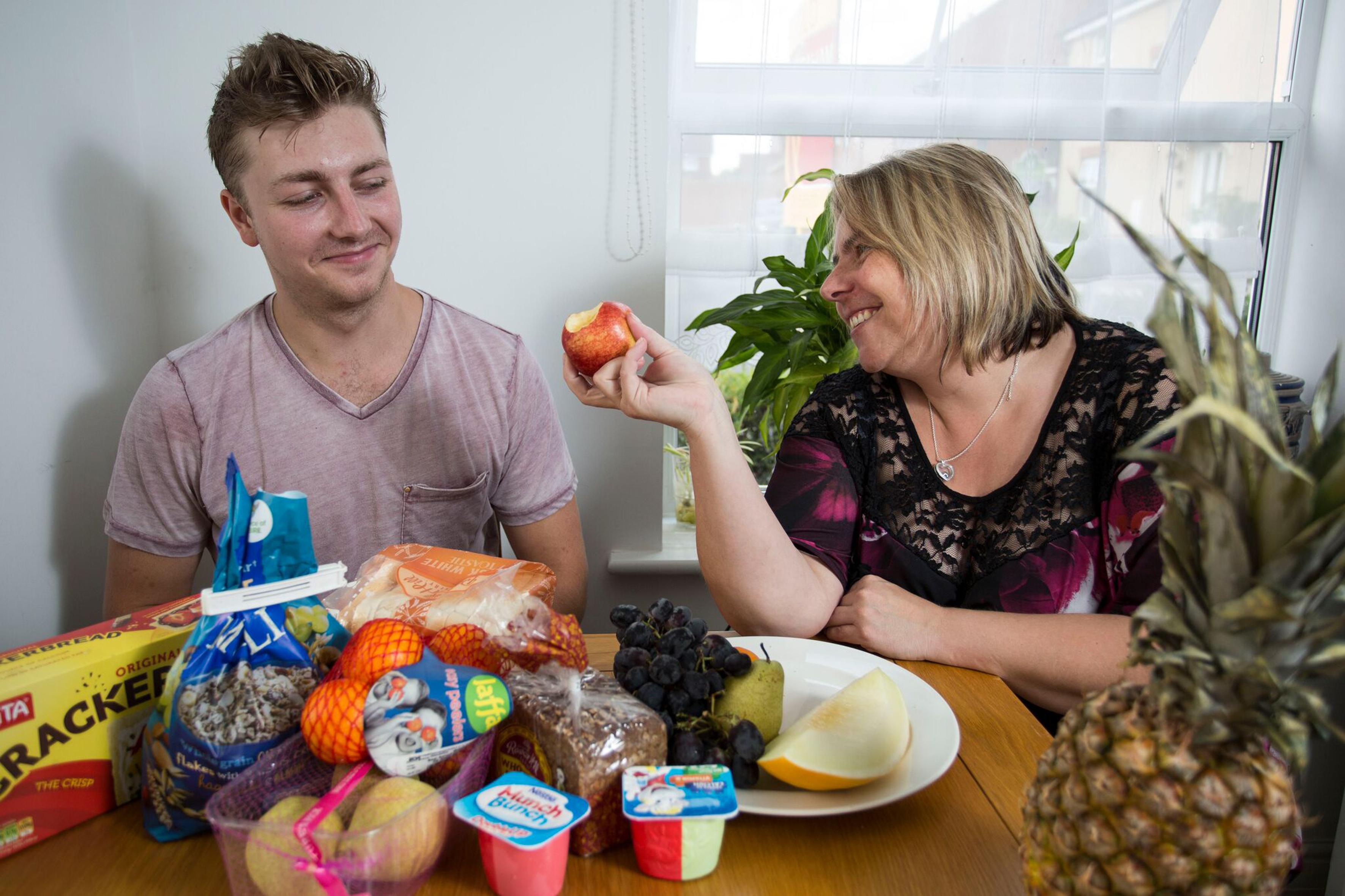 Just one month after he’s been introducing these foods to his diet, Ryan already feels healthier.

Before the switch, he had low energy levels, took a lot of vitamins to make up for the nutrients he wasn’t getting from his meals and ate a chocolate bar whenever he was feeling weak.

Ryan said: “It’s amazing. I feel healthier and I feel like I have more energy throughout the day.

“That was no way to live. I was eating candy to keep myself going. I had three cavities as a kid.”

His mum Christiane, 45, has noticed a drastic change in his personality since taking up the new diet.

She thinks he has been much more outgoing and friendlier than he had been lately.

She said: “It’s incredible how much he has changed. He’s been more outgoing and he’s helping me with things around the house.

“He recently went out to eat with his father. He hasn’t done that in years.

“His eating disorder caused a barrier between the family. We had a lot of fights and heated discussions and we haven’t had any of those lately.

“It’s amazing what is happening. My son is coming back.”