Man killed by exploding hot tub: Debris pierces man’s skull as he was relaxing with his wife

A man has died after the hot tub he was enjoying with his wife overheated and exploded in South Africa.

Andre van Huyssteen died in hospital after debris from the outdoor bath pierced his skull in the freak accident.

The 30-year-old was killed while relaxing with his wife and a group of friends in Pretoria, in the north-eastern South African province of Gauteng.

The victim’s father Ben told local media that his son suddenly stopped breathing during the evening of November 6. 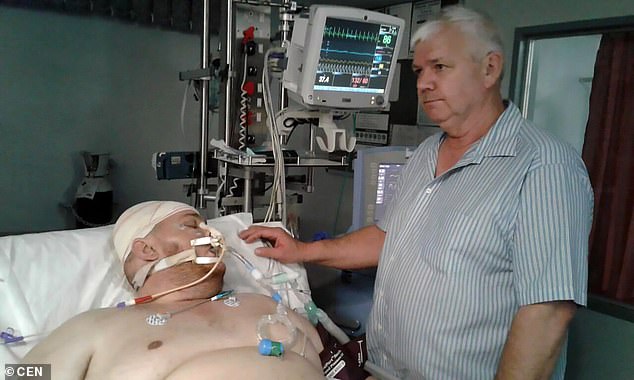 Andre van Huyssteen (pictured in hospital with his father) died after debris from the outdoor bath pierced his skull after the hot tub overheated and exploded in Pretoria, South Africa Ilse-Marie and Andre van Huyssteen with their sons, Dwayne and Dandre. The 30-year-old father was killed when the hot tub exploded and fatally wounded him

According to reports, Andre was visiting friends in Pretoria with his wife when the group decided to jump in the tub.

The hot tub reportedly overheated and exploded, and a piece hit Andre in the head.

The impact of the object penetrated the victim’s skull and ripped through his cerebral membrane, according to local media.

Andre subsequently went into the operating theatre four times and was put into an induced coma as his brain had swelled too much.

He is said to have died at the Steve Biko Academic Hospital in Pretoria after the explosion.

His father said: ‘Doctors tried everything to resuscitate him, but in the end to no avail.’

His father said that Andre was conscious on some occasions and even recognised his family members, giving loved ones hope that he would pull through.

The 30-year-old had a wife and two small sons, nine and three years old. 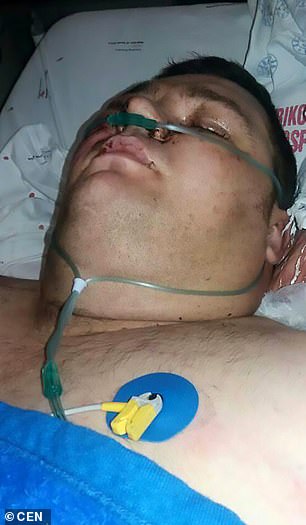 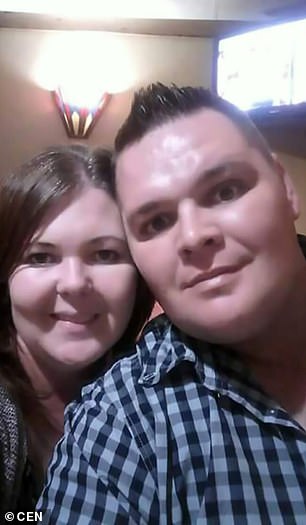 The 30-year-old, pictured left in hospital and right with his wife Ilse-Marie, went into the operating theatre four times and was put into an induced coma as his brain had swelled 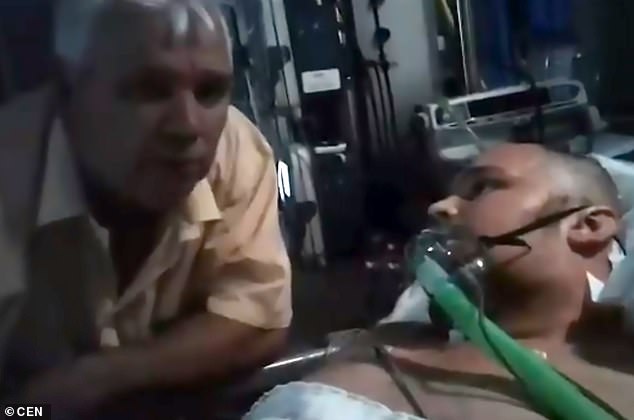 Andre van Huyssteen with his father Bennie, who said his son was conscious on some occasions and even recognised his family members but could not pull through 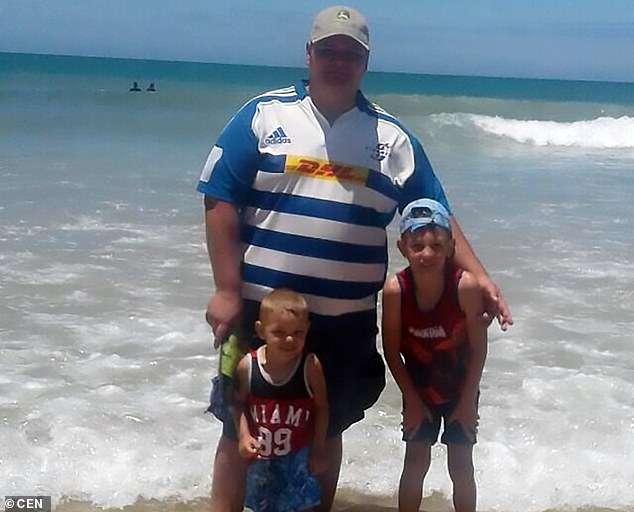 Andre van Huyssteen with his sons at the beach. The impact of the hot tub debris penetrated his skull and ripped through his cerebral membrane