It is unclear who exactly – if any – is singing between the players and the staff but the lines “battered on the streets” and “victims of it all” can be heard.

The clip sparked widespread outrage online, with viewers believing the “battered on the streets” phrase was directed at Mr Cox.

The Reds supporter was left in a coma after being attacked in the street ahead of a Champions League match.

And others speculated the jibe of “victims” referred to Liverpool fans’ long-standing search for justice after the 1989 Hillsborough disaster, in which 96 fans died.

But Man City have now insisted the song has been a regular chant during the 2018-19 season and is based on the 2018 UEFA Champions League final in Kiev.

“Any suggestion that the lyrics relate to Sean Cox or the Hillsborough tragedy is entirely without foundation,” the statement added. 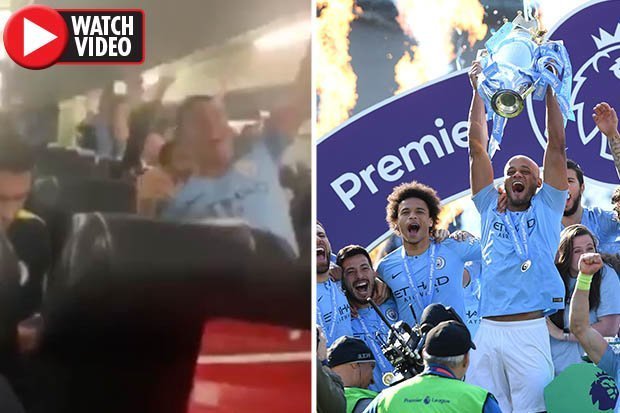 Kompany, Kyle Walker and Ilkay Gundogan could be seen passing the league trophy around as the team cheered.

It is believed the footage was taken on the journey back from Brighton, where City won 4-1 to lift the Premier League trophy for the second consecutive season.

Liverpool, meanwhile, will be preparing for their Champions League final against Tottenham to look forward to on June 1.

The Reds will be hoping they can secure the trophy this season, after losing out in the final to Real Madrid last campaign.